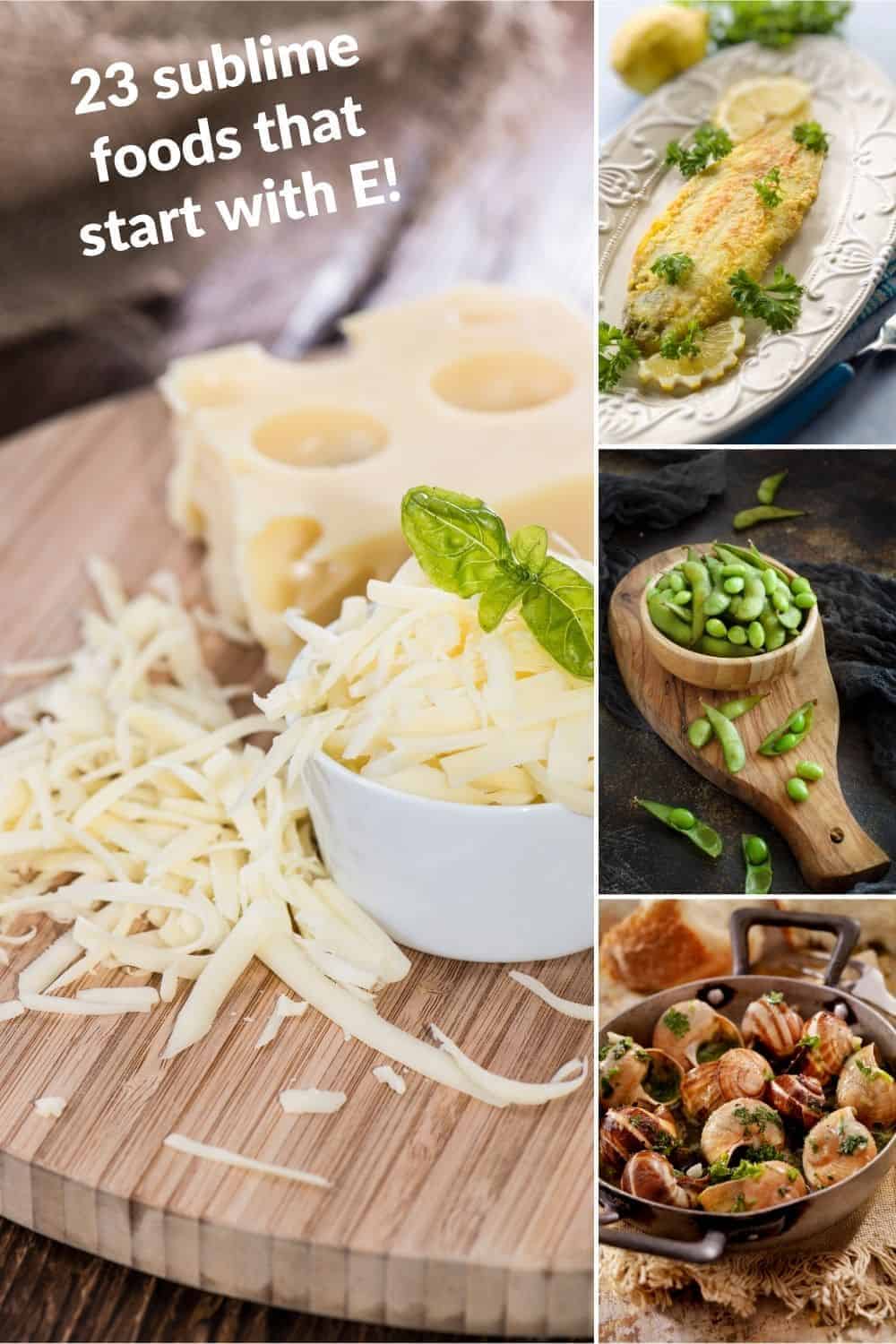 Below I’ve made a compilation of foods that start with E, including vegetables, fruits, and recipes you probably haven’t heard of before. Let’s start!

Etouffee is a delicious seafood-based dish that uses a smothering cooking method popular in the Cajun areas of southwest Louisiana. The recipe is delicious when served over rice. 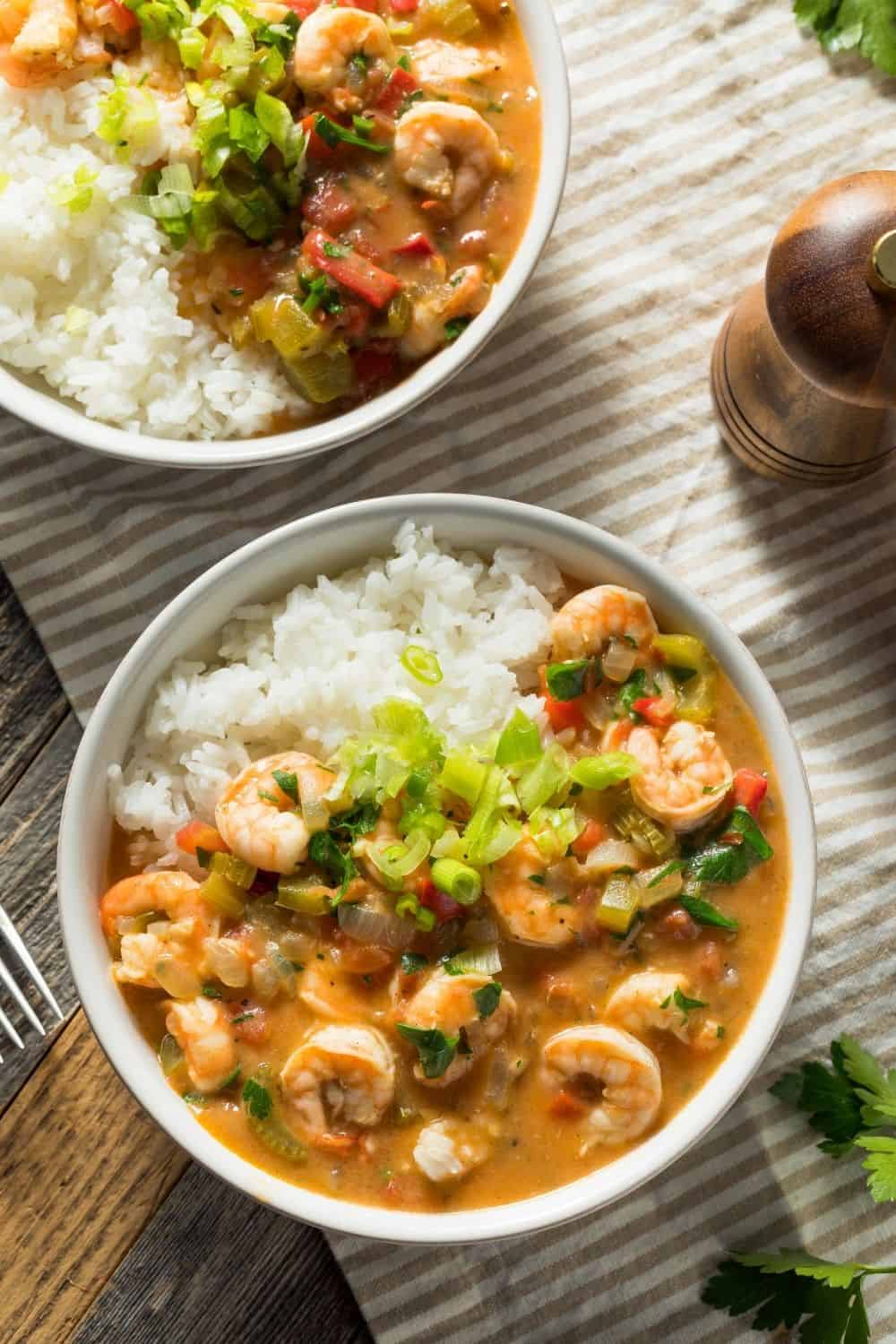 Edam is a type of cheese that features a smooth, firm texture with a light and nutty flavor. The cheese is commonly eaten on crackers and bread. It’s also perfect for sandwiches and quick snacks. 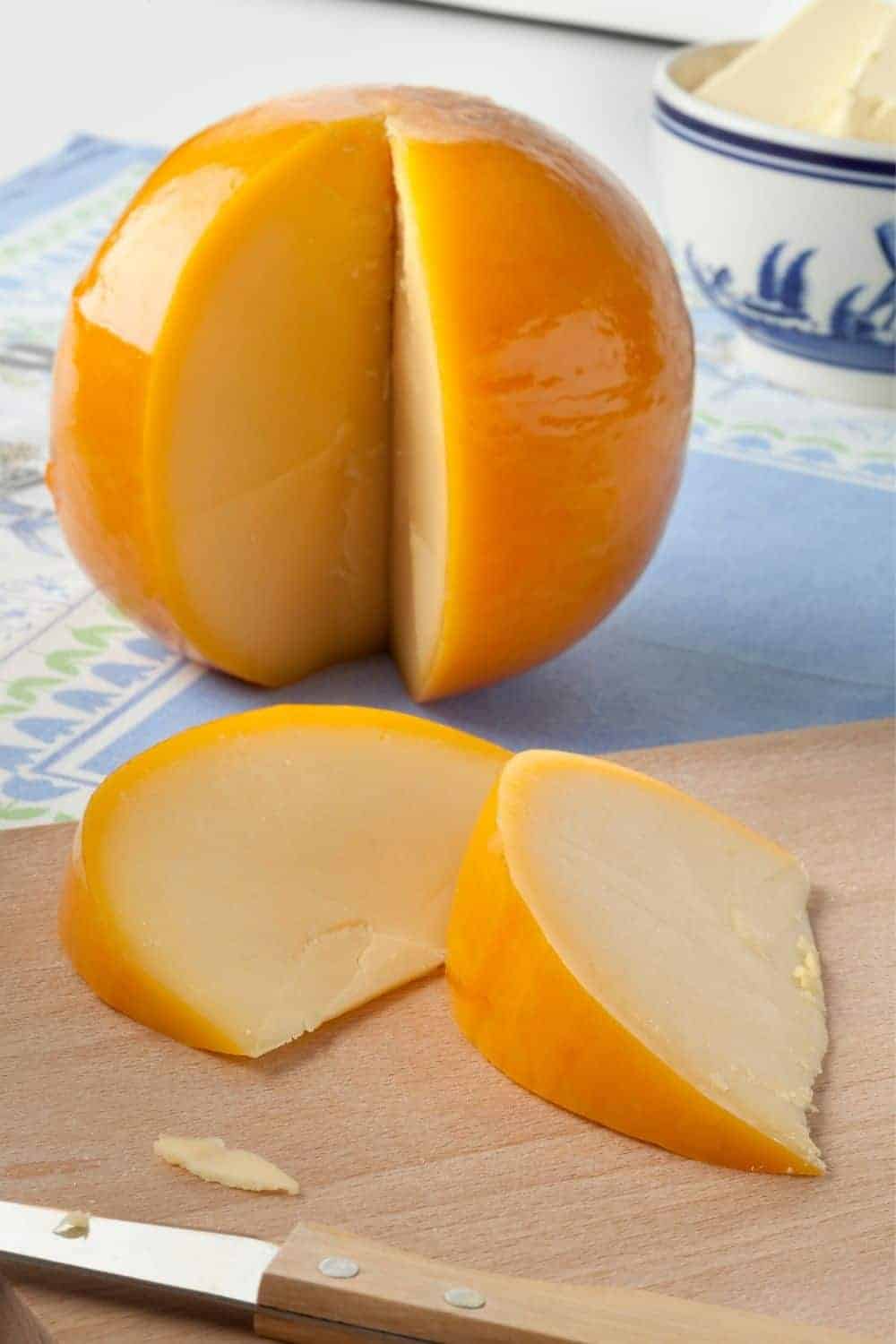 Often called Filipino meatloaf, embutido is a dish that features ground pork seasoned with other spices and ingredients then wrapped in pig’s intestines. The dish is commonly served during special gatherings or holidays. 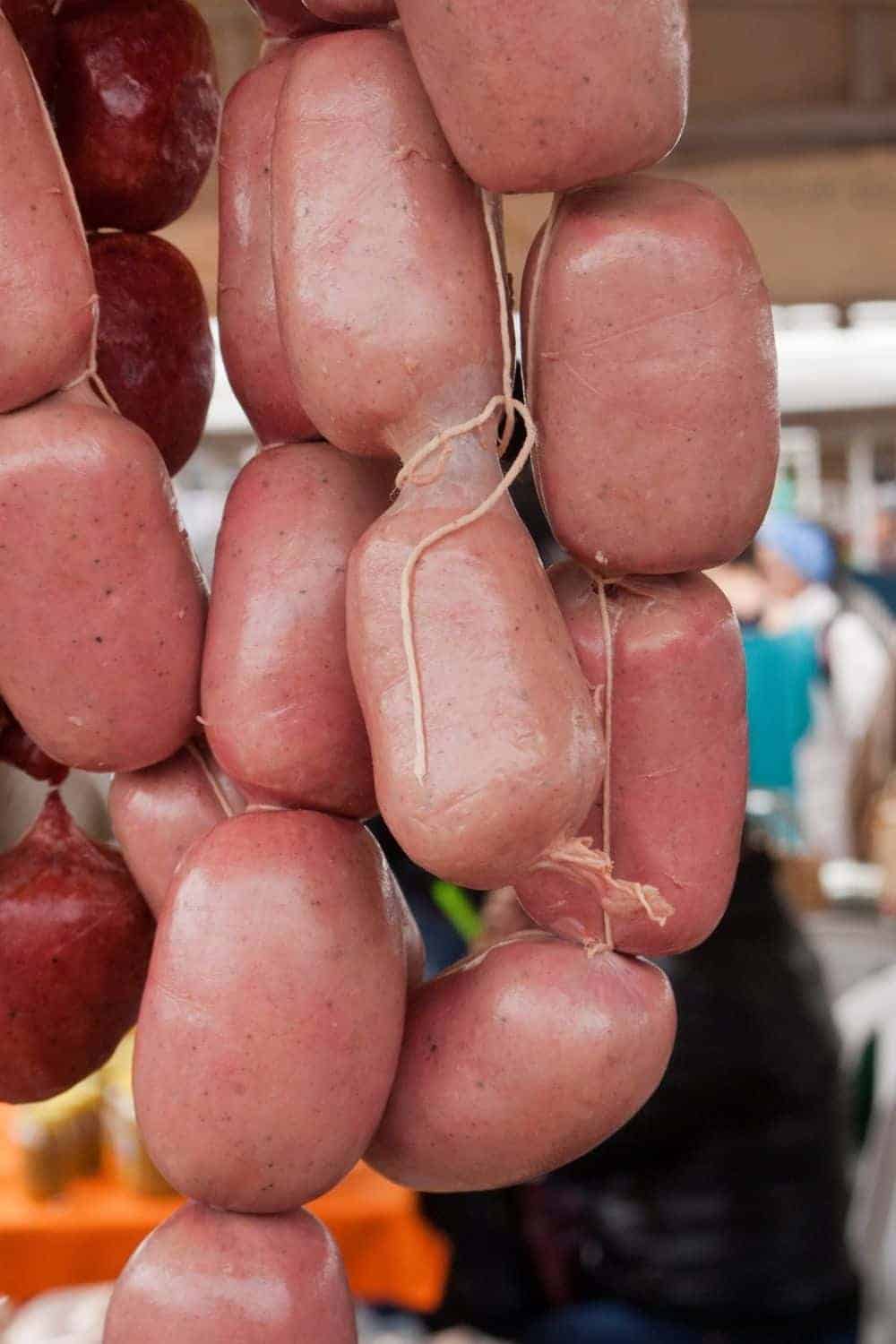 Endive is a member of the chicory family and is known for its crispy texture and sweet, nutty flavor. The vegetable can be enjoyed when eaten raw in salads or cooked. 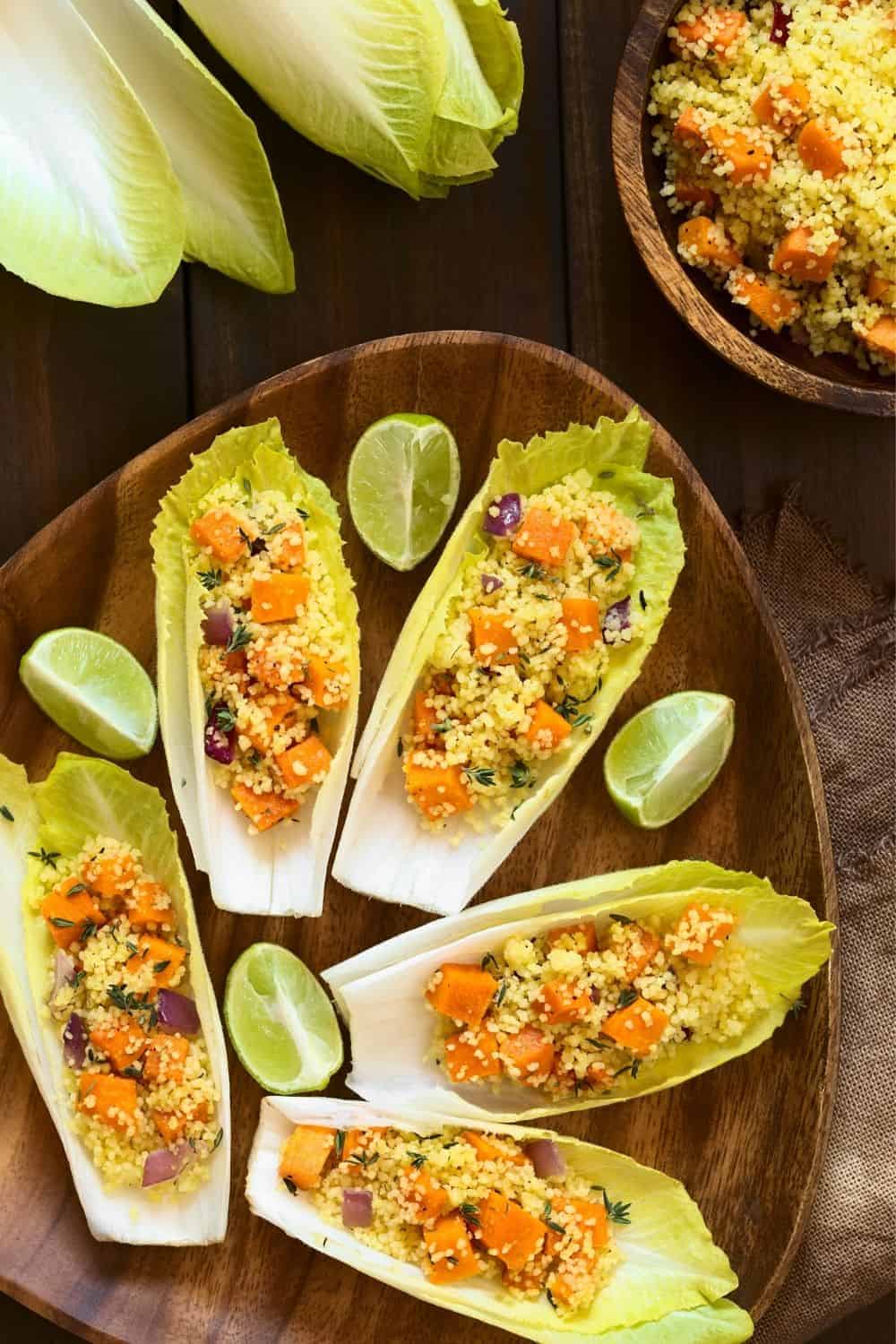 Emu is considered as the second largest bird that’s related to the ostrich. Its meat tastes quite similar to lean beef, making it perfect for roasting, grilling, and baking. 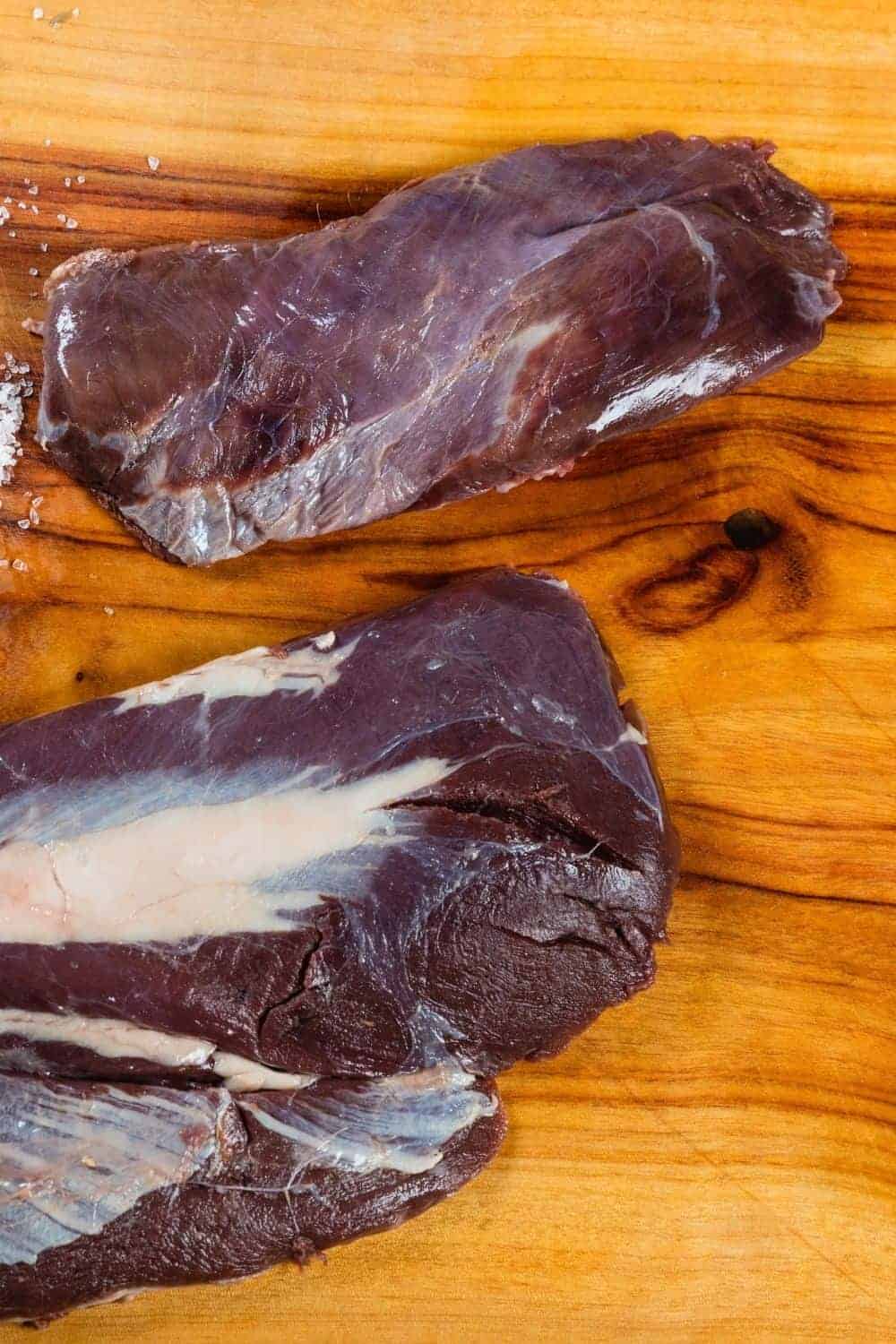 Also known as wapiti, elk is a kind of herbivore that’s popular for its meat’s topnotch flavor and texture. It tastes a lot like beef; however, it’s more flavorful than the latter. 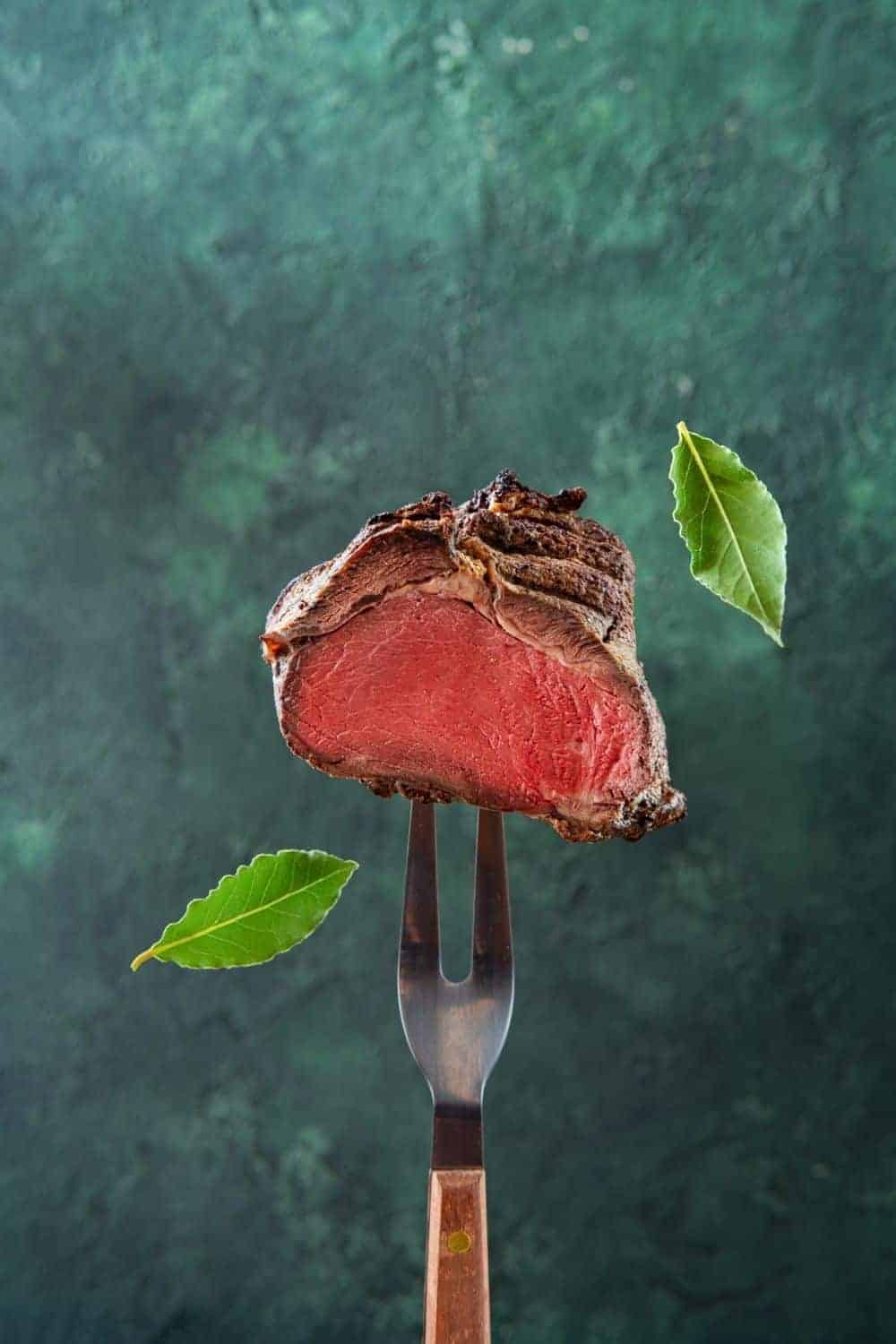 Emmental is a yellow cheese that’s made from cow’s milk. It features a fruity flavor and sweet aroma. The cheese is delicious when served with a glass of wine. 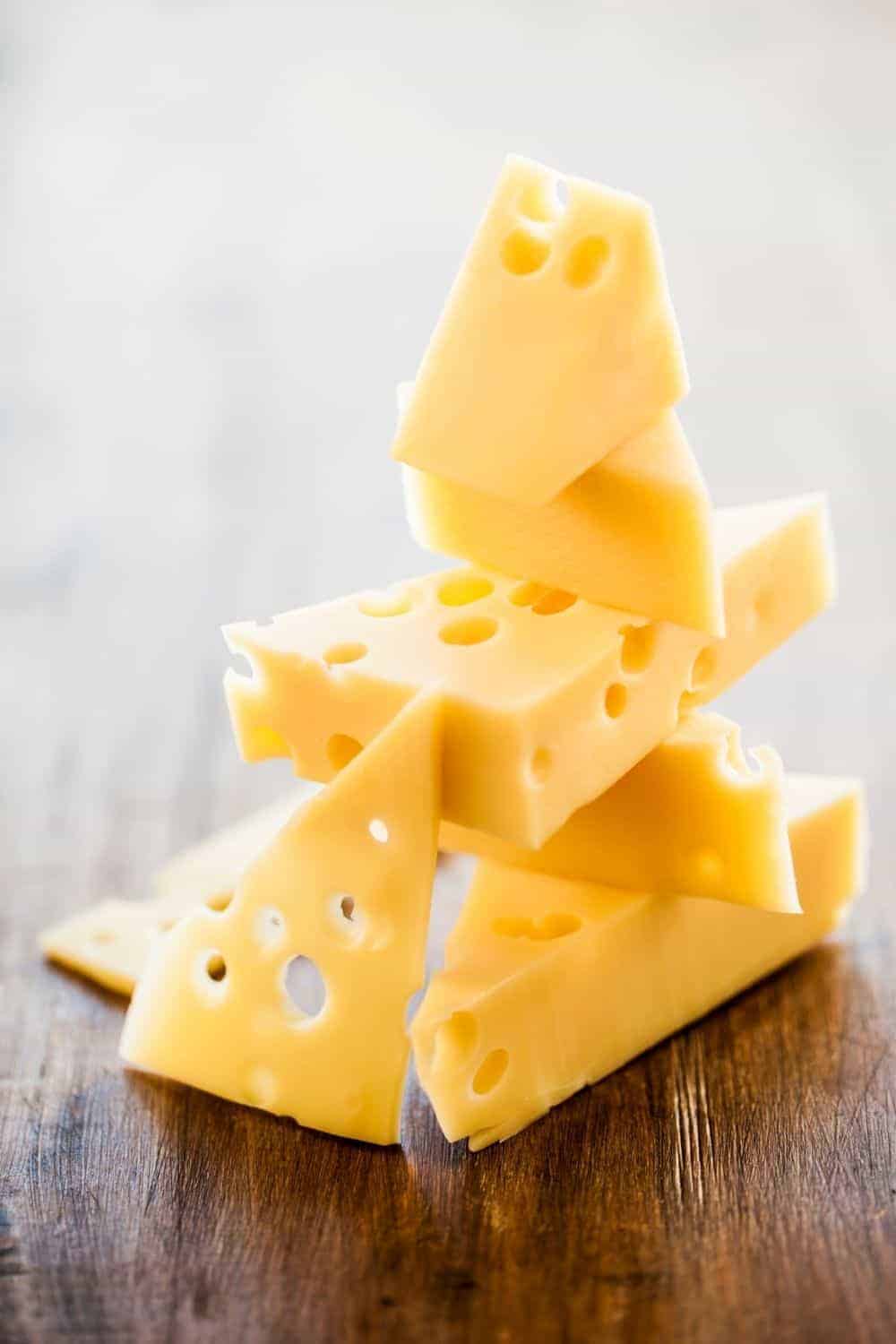 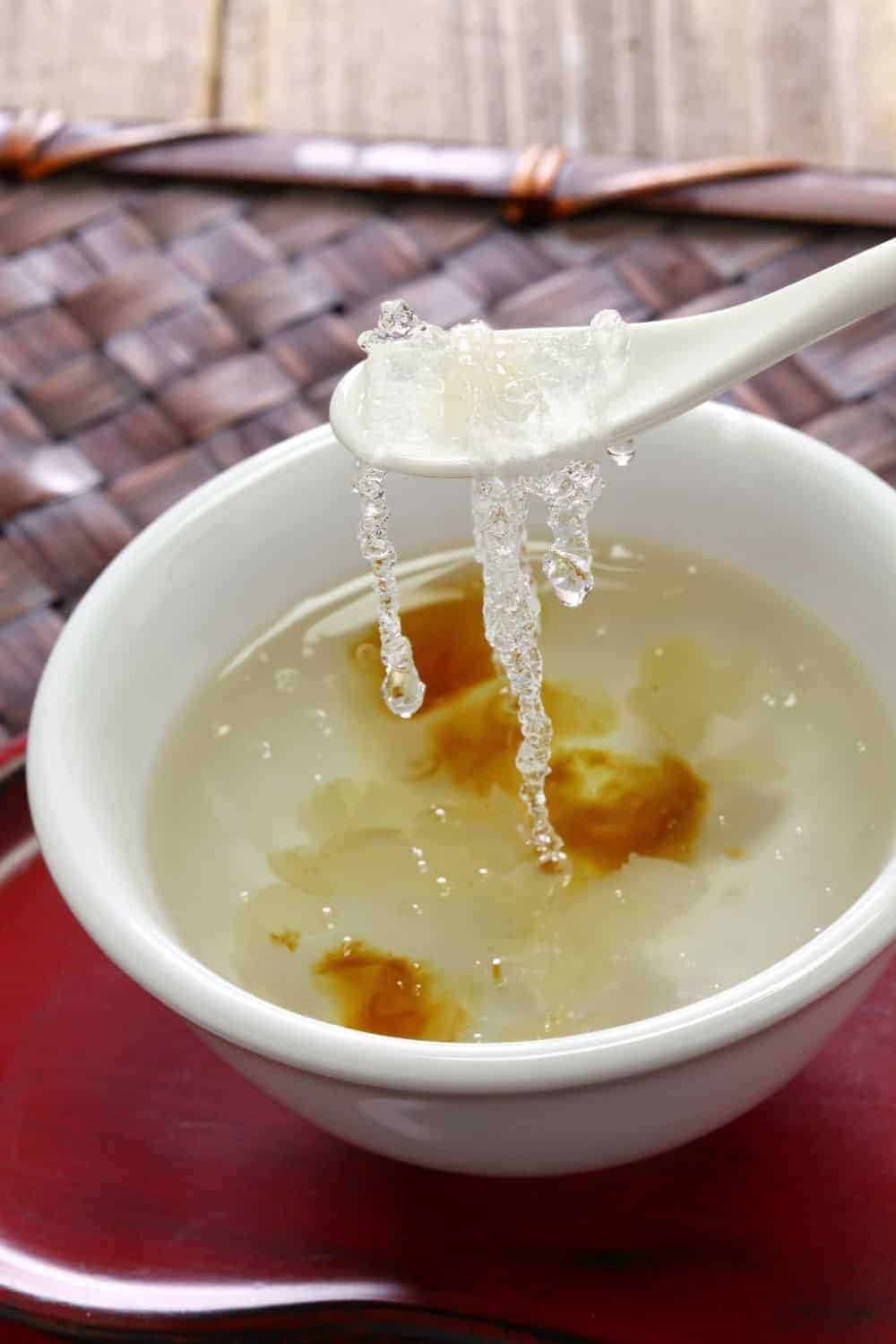 Erbazzone is a savory pie that’s popular mainly in the town of Reggio Emilia. It’s delicious on its own, but it’s more enjoyable alongside a salad. 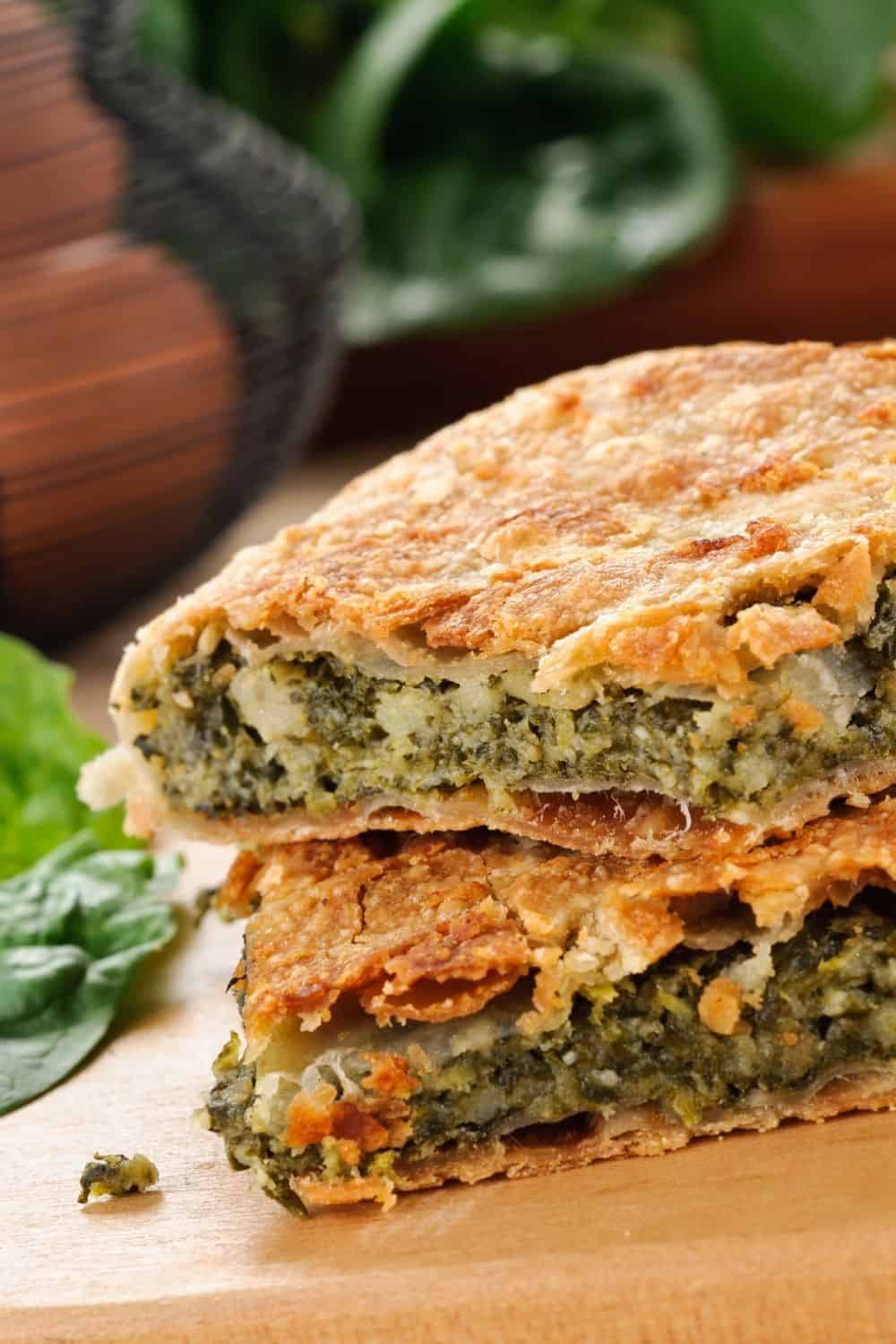 Escabeche is a fish-based dish that can be found in Spanish, Portuguese, and Latin American cuisines. It has a sweet and sour flavor coming from sugar and vinegar. 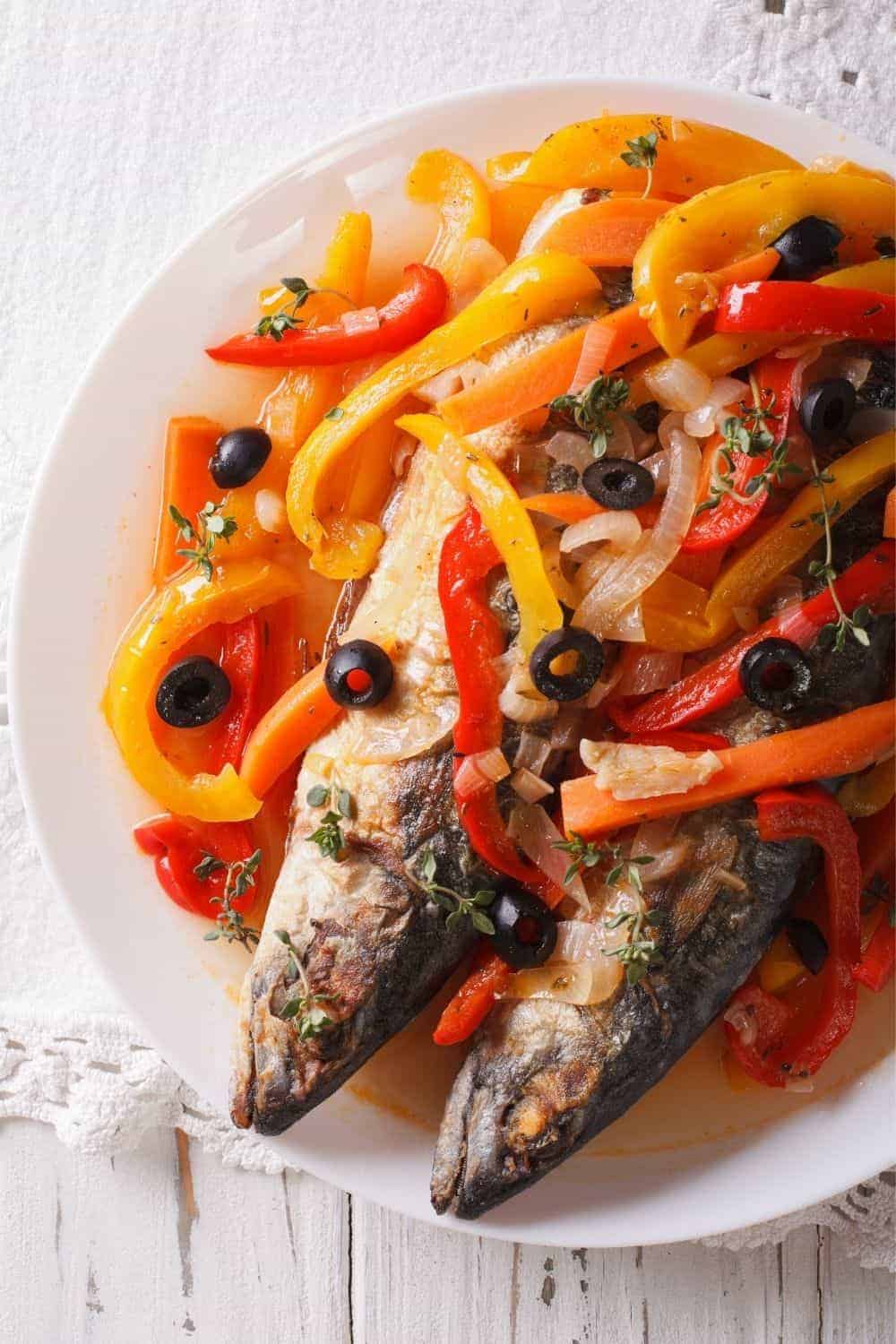 Epazote is a kind of herb that’s known for its culinary and medical usage. It has a pungent flavor profile, and its leaves and stems are commonly used in stews. 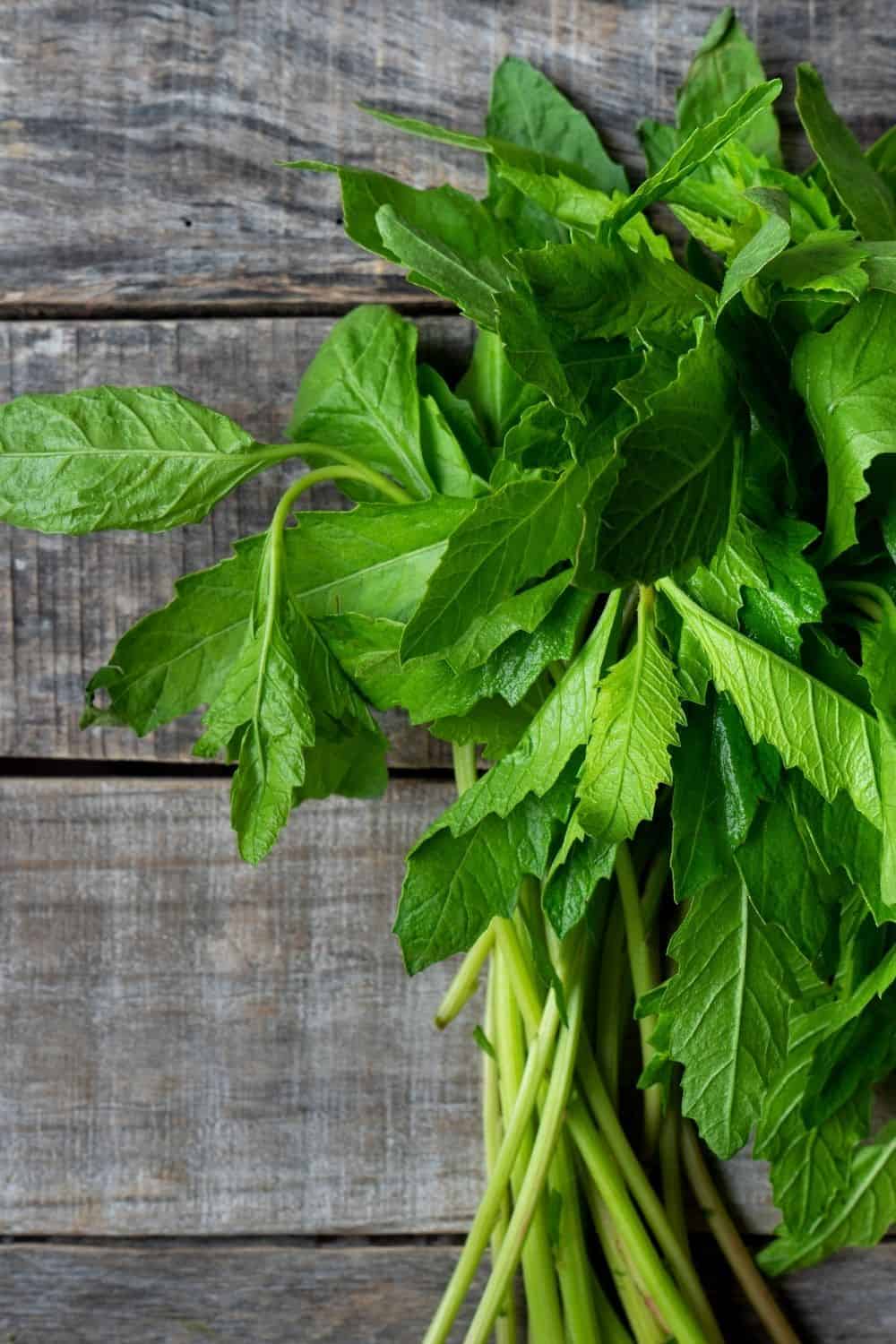 Escarole is a leafy green that’s akin to lettuce. It’s notable for its mildly bitter flavor similar to endive or chicory. There are many ways to prepare it. You can either eat them raw or sauteed them. 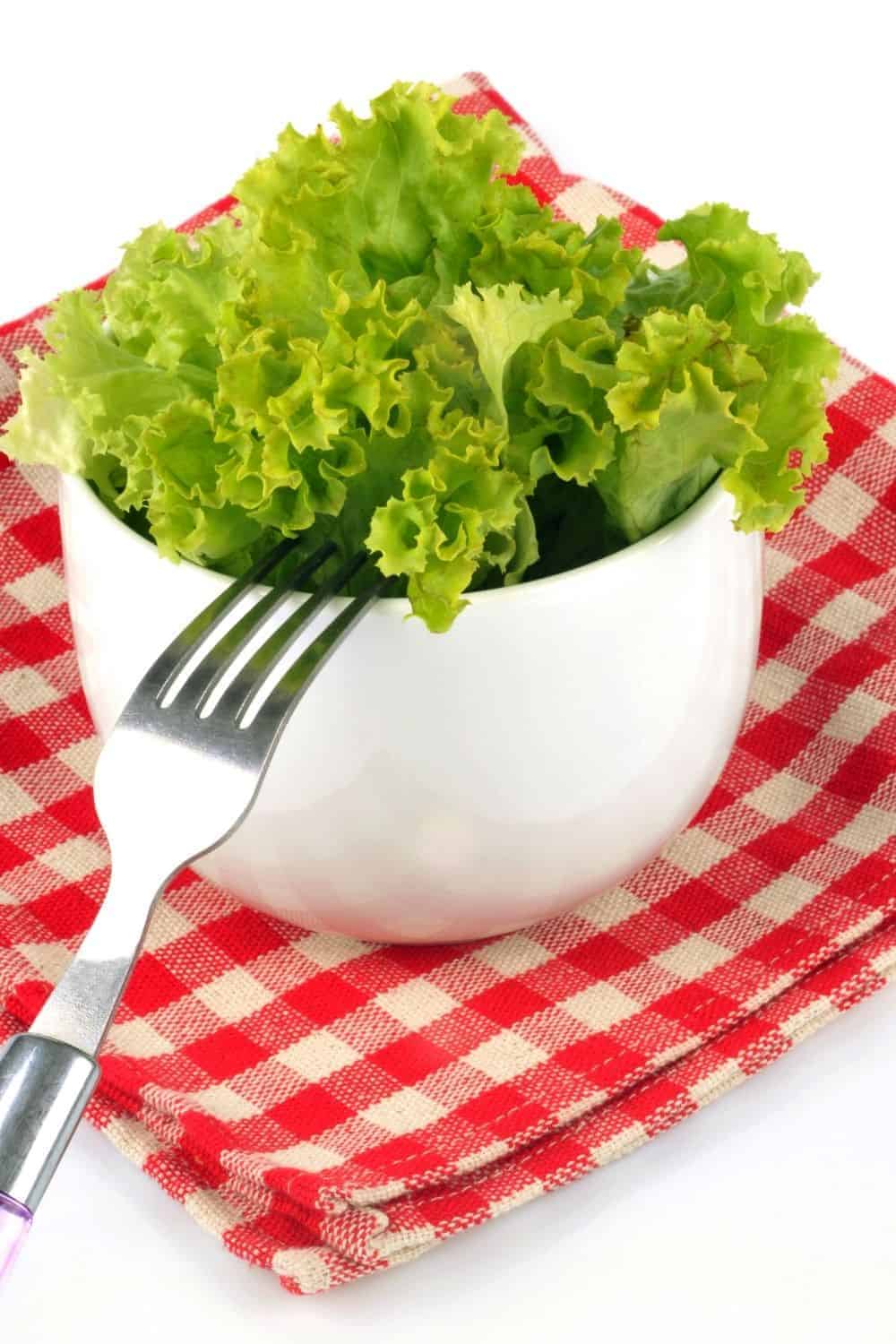 Escovitch fish is a dish that’s made with fried red snapper fillets topped with sauteed bell peppers, onions, and carrots. Like escabeche, escovitch fish has a sweet and sour flavor but with a spicy kick undertone. 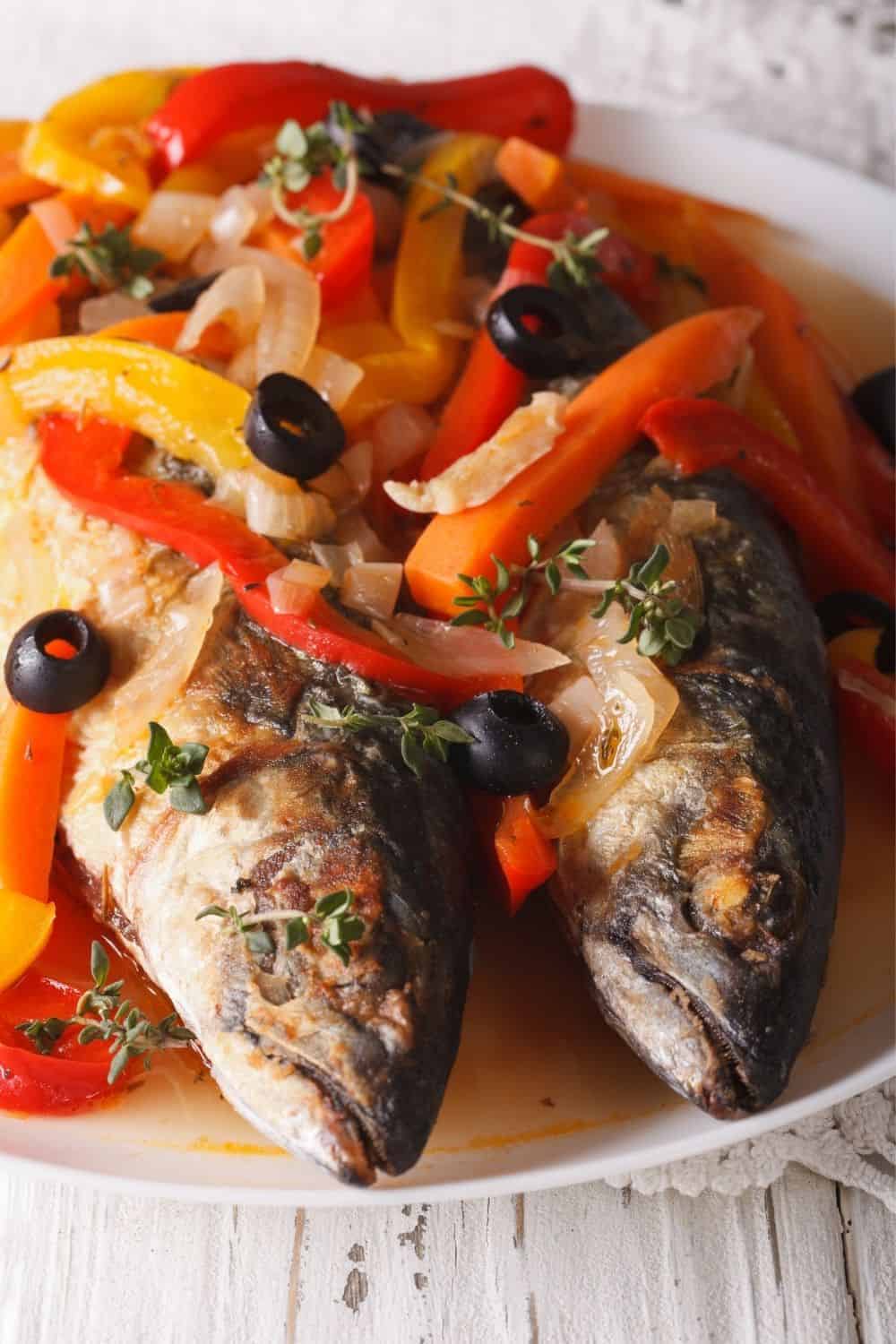 If you haven’t tried this treat, then you’re missing out big time!Eclair is a dessert made with choux dough topped in a warm pool of rich chocolate glaze and filled with pastry cream or custard. They’re oblong in shape with a crispy and puffy texture. 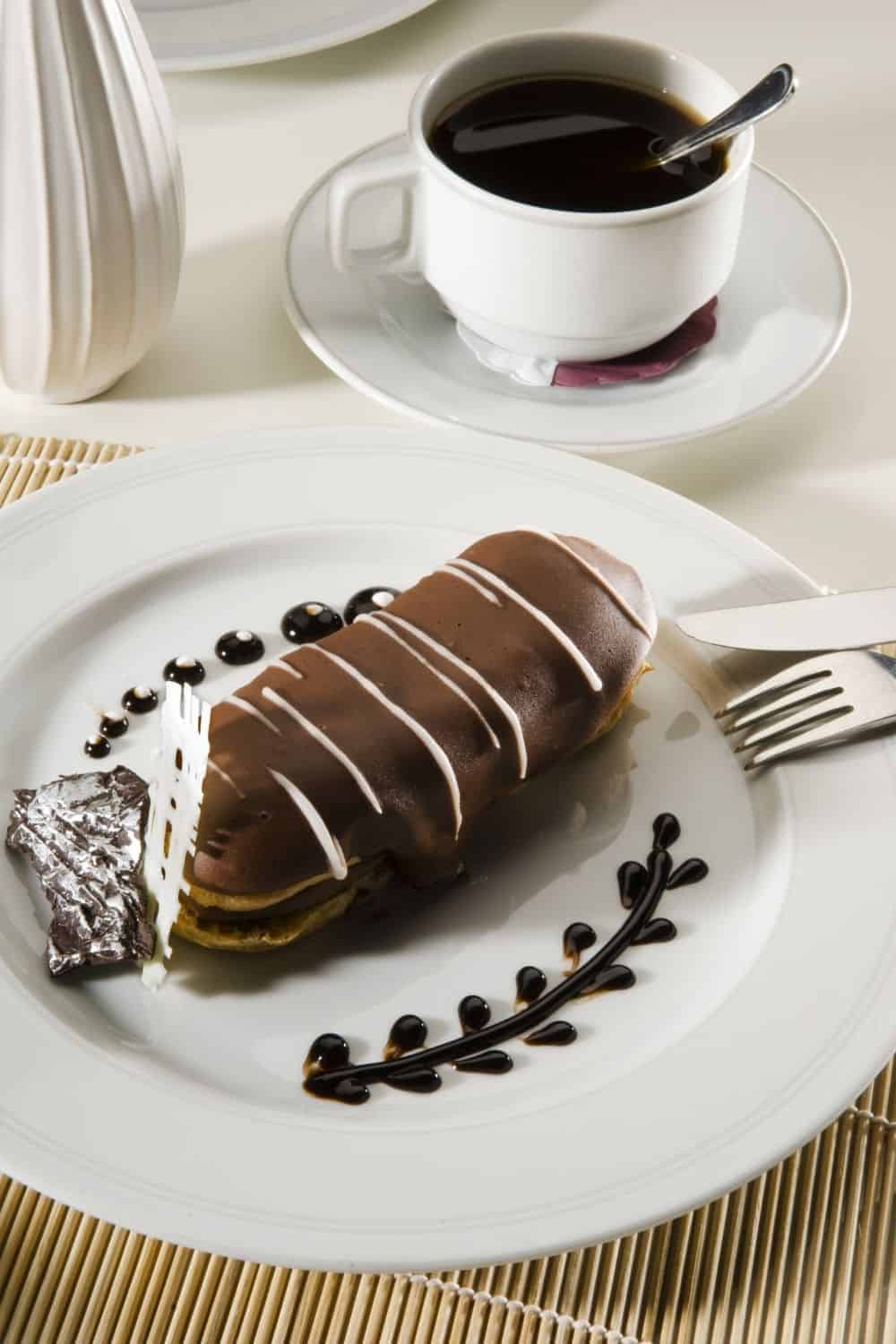 Ensaimada is a spiral-shaped pastry typical in Southwestern Europe, Latin America, and Southeast Asia. It has a sweet flavor coming from sugar. In the Philippines, ensaimada is one of the popular treats sold in the pastry shop. 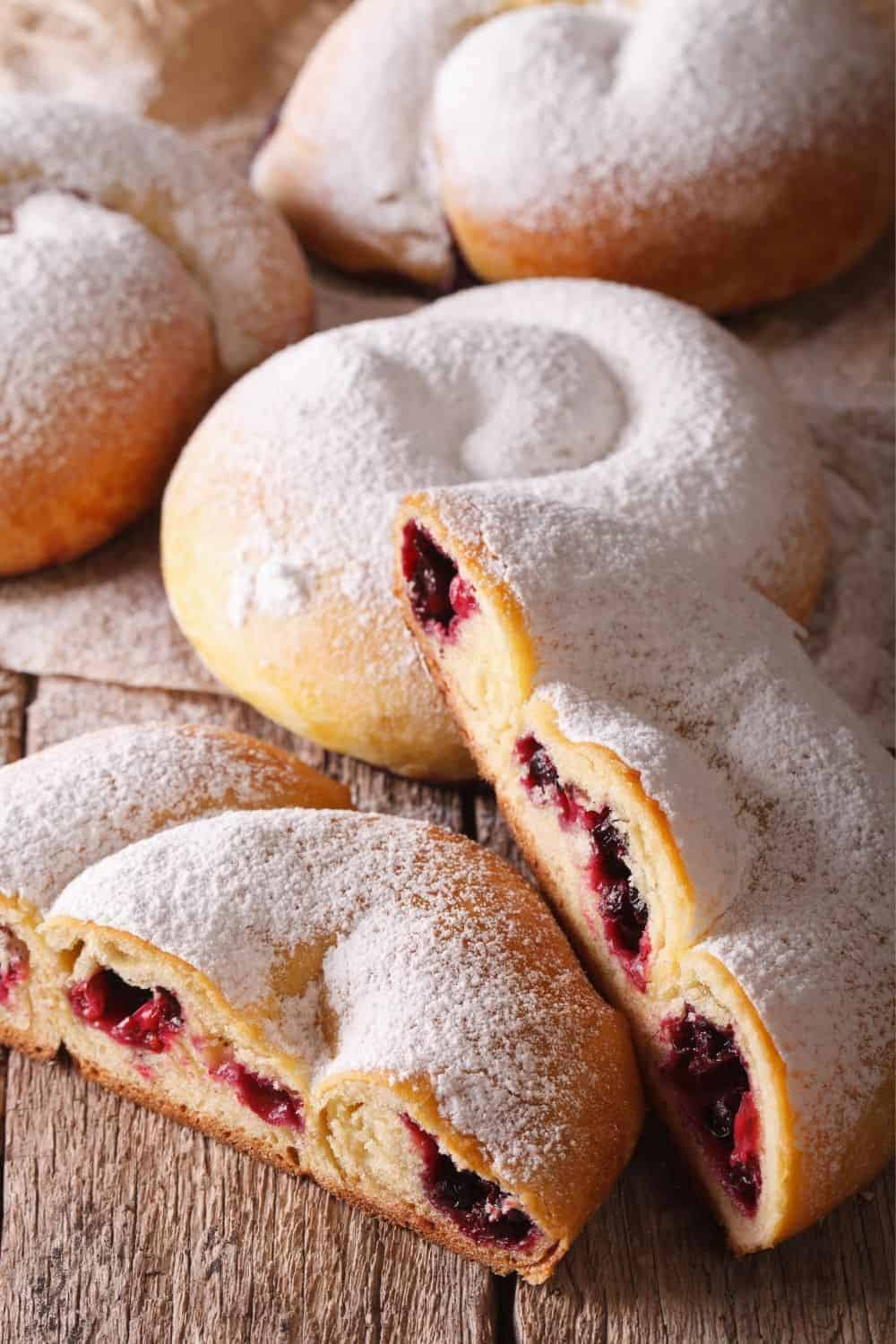 Escargot is a snail dish that’s a typical delicacy in many countries like Germany, Great Britain, Italy, Portugal, Sardinia, and Spain. It has a unique flavor, and its taste is more like chicken and fish. 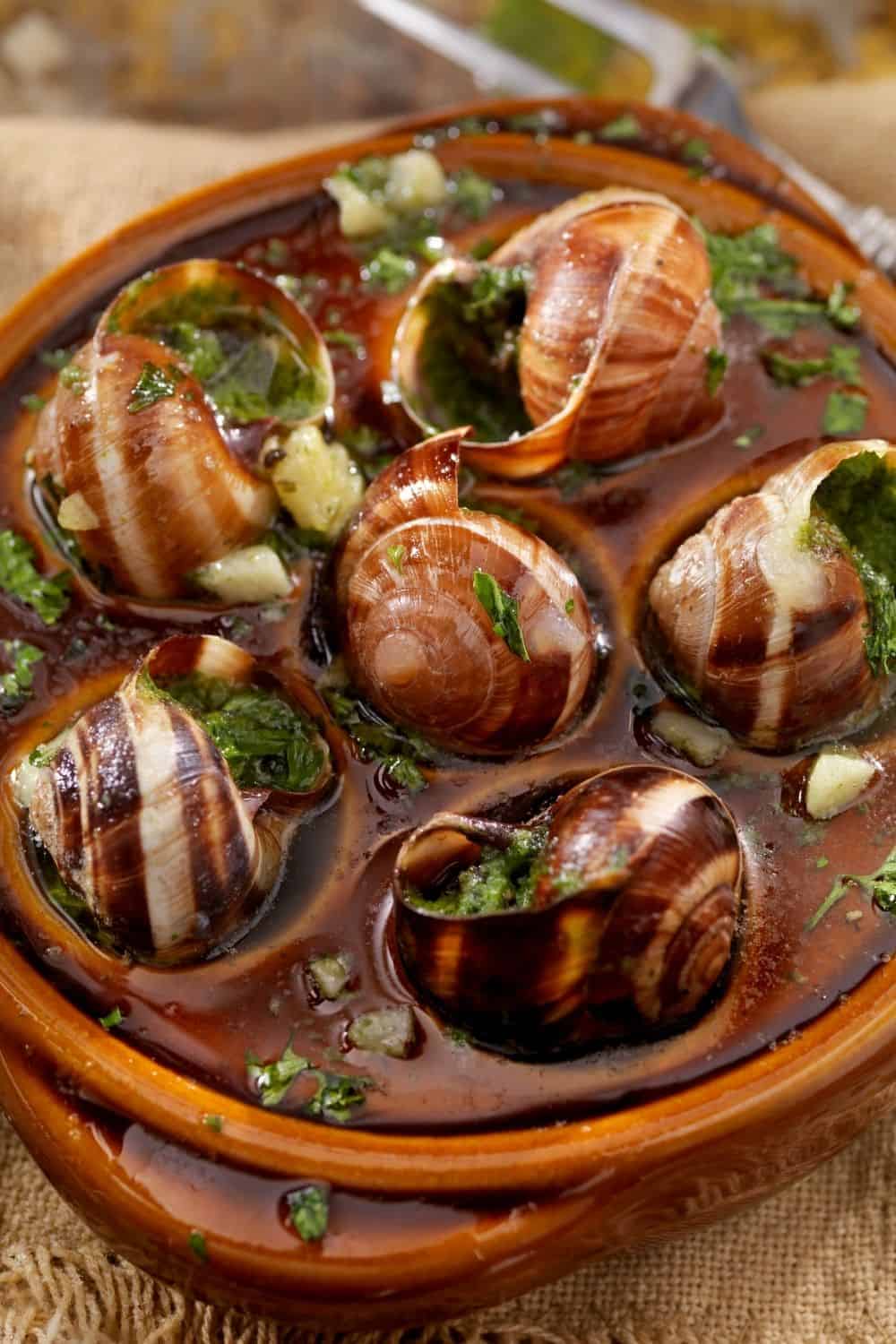 Edamame is a whole, immature soybeans that feature green in color. It’s often a good accompaniment for soups, salads, and noodle-based dishes. 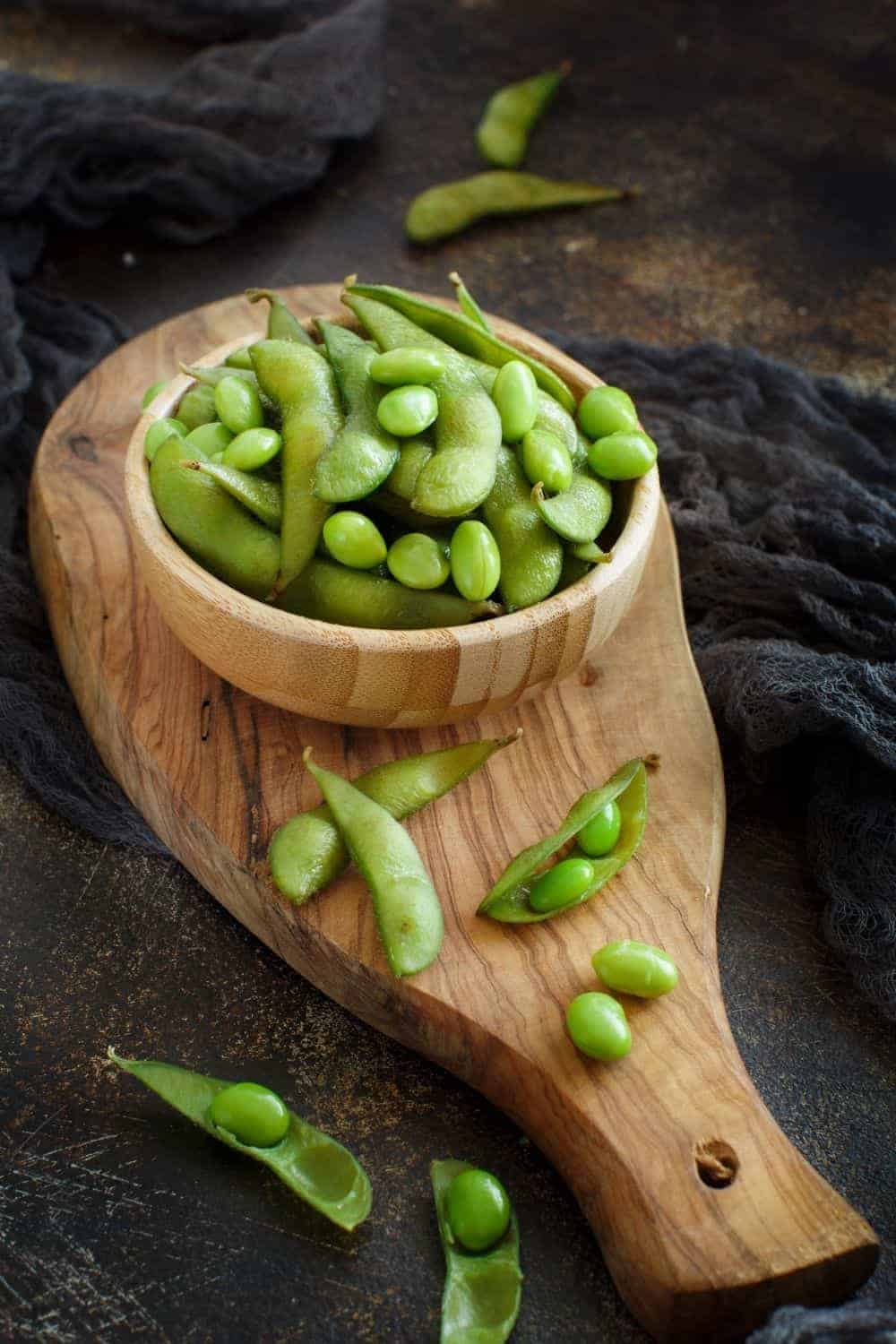 English sole is saltwater fish that’s commonly found in Mexico, the Bering Sea, and the Aleutian Islands. Its flesh has a firm texture and delicate flavor similar to Tilapia. 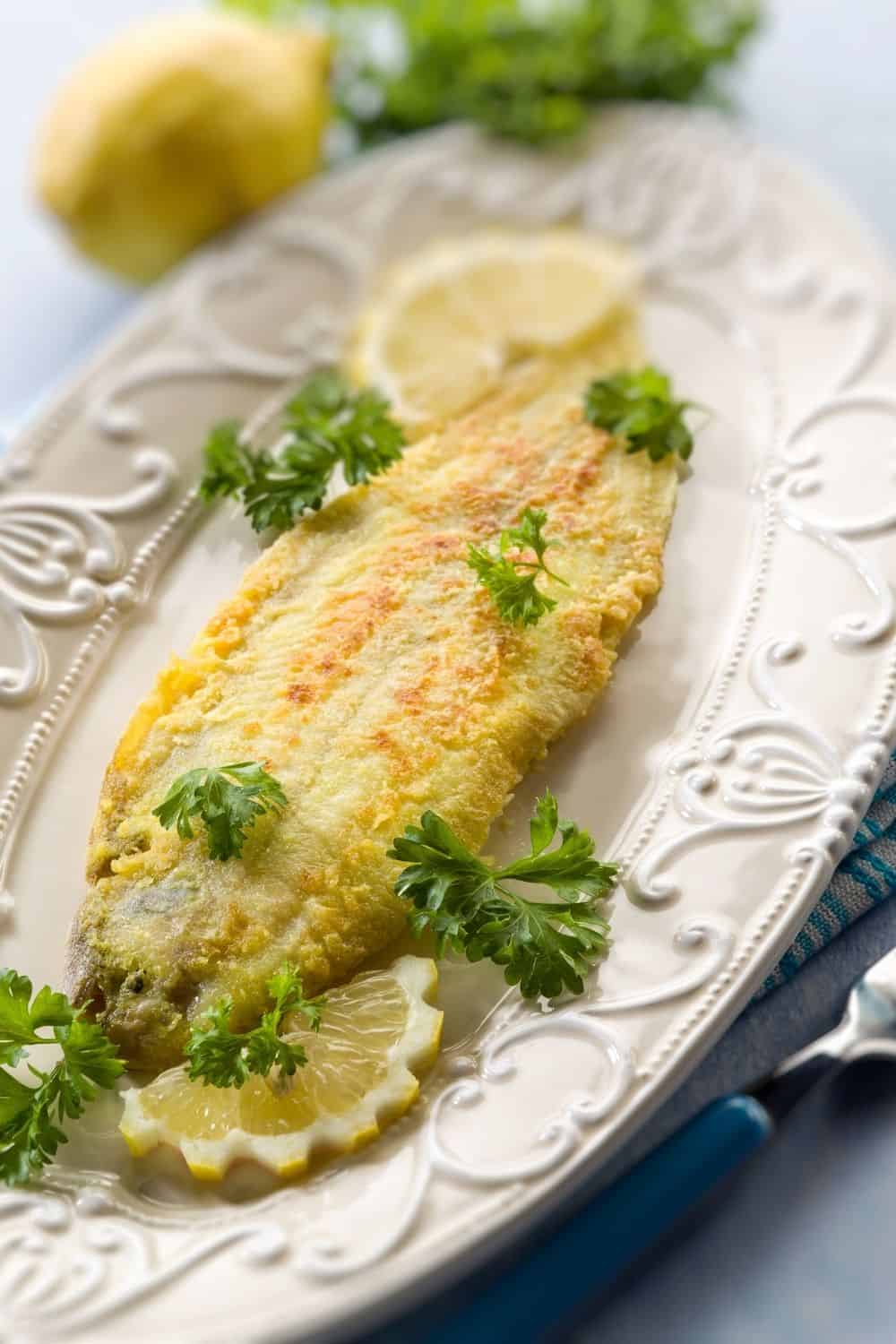 Emmentaler is a type of cheese that’s notable for its strong aroma and bold taste. It’s made from cow’s milk and popular in Switzerland. It features a medium-hard texture with a pale yellow color. 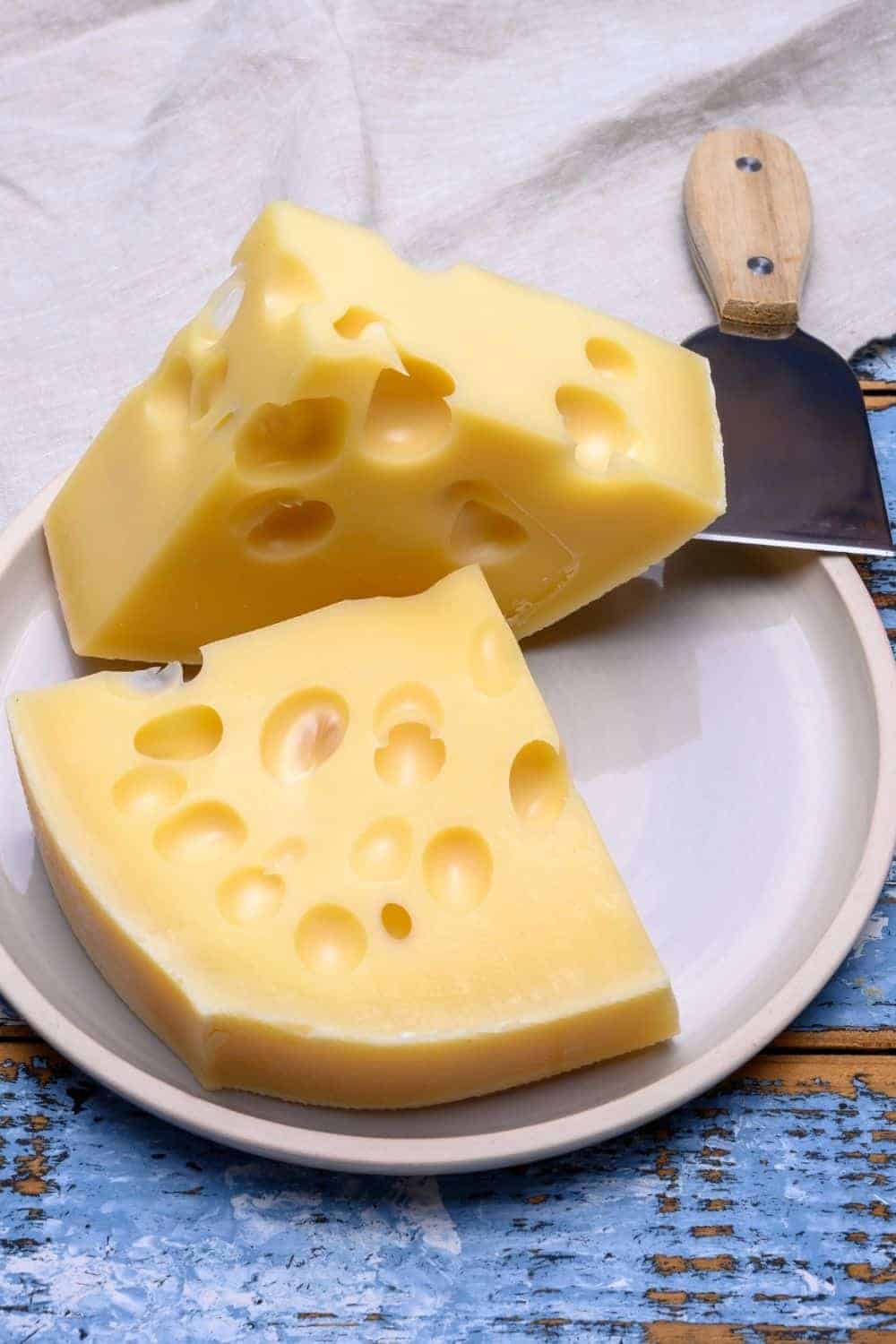 Also called crayfish, ecrevisse is a tiny crustacean that resembles a lobster. It can be found in the waters of Europe and Asia, and western North America. 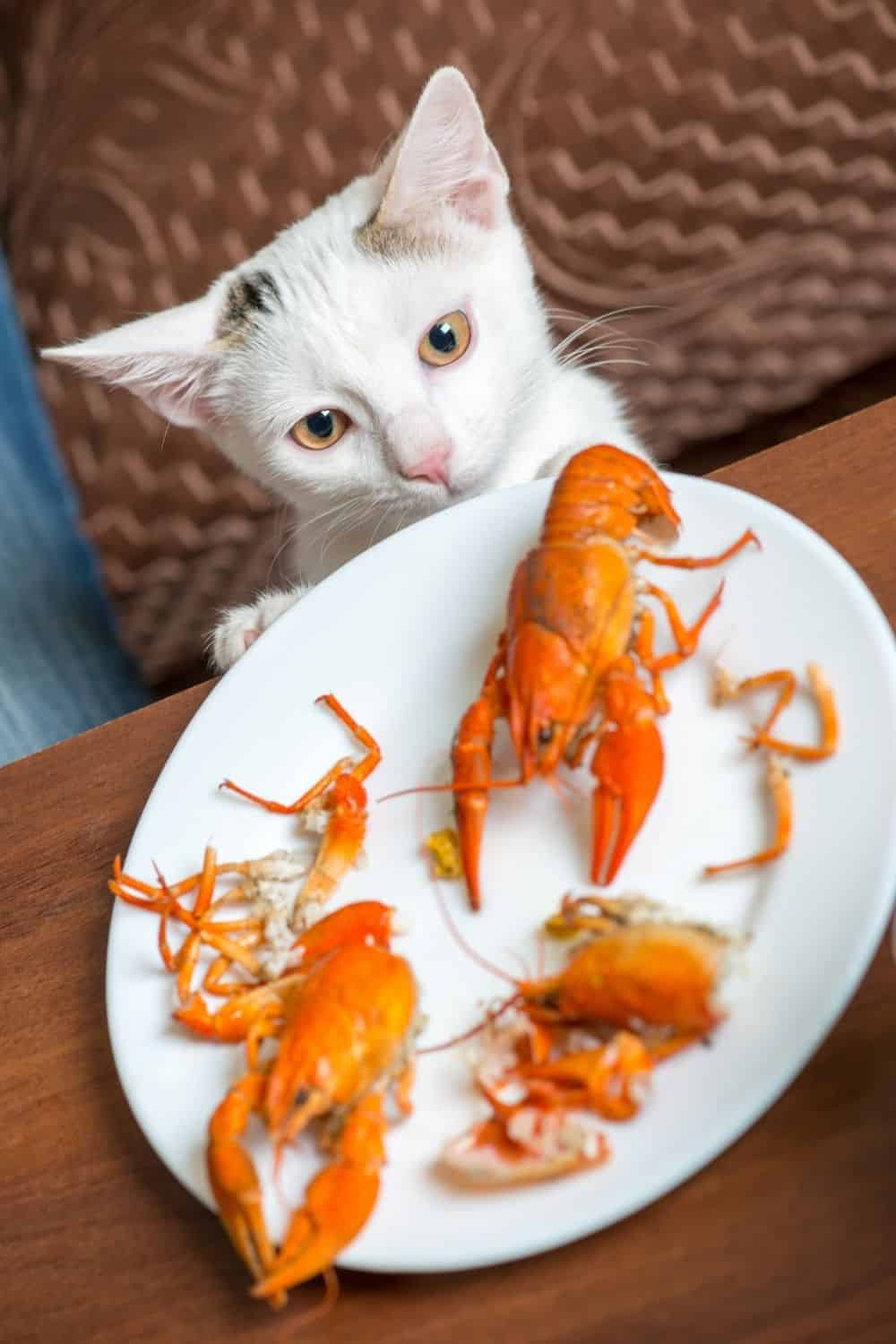 Escalope is a thinly sliced meat or fish dish combined with other ingredients, herbs, and spices then baked in a sauce. It’s often topped with breadcrumbs and served with coleslaw and dips. 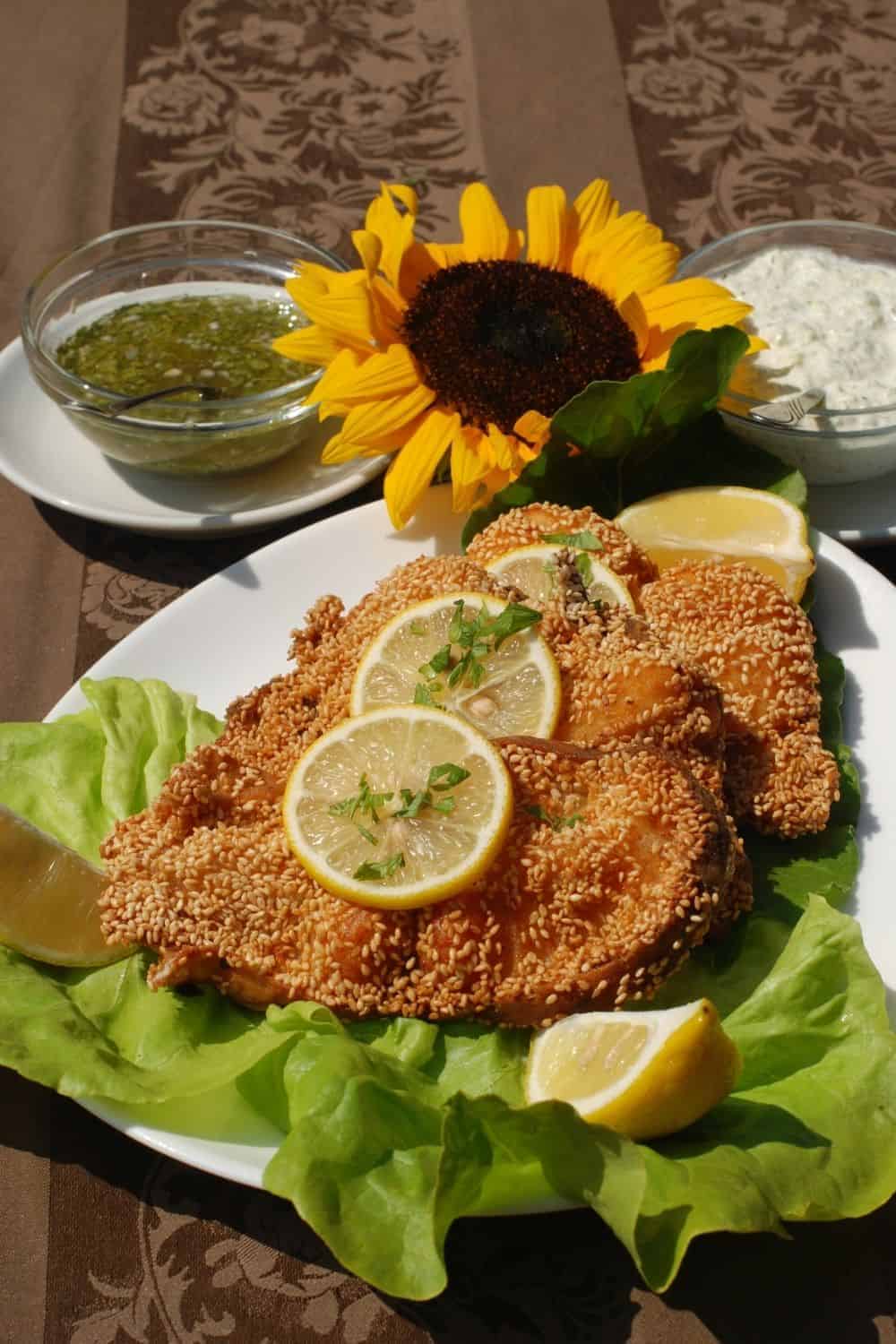 Also named Amla fruit or Indian gooseberry fruit, this fruit is an edible fruit from the tree of emblic. It has a slightly bitter and sour taste with a sweet and refreshing aftertaste. Its juice can be used to flavor vinaigrette dressings. You can find them in India, the Middle East, and some southeast Asian countries. 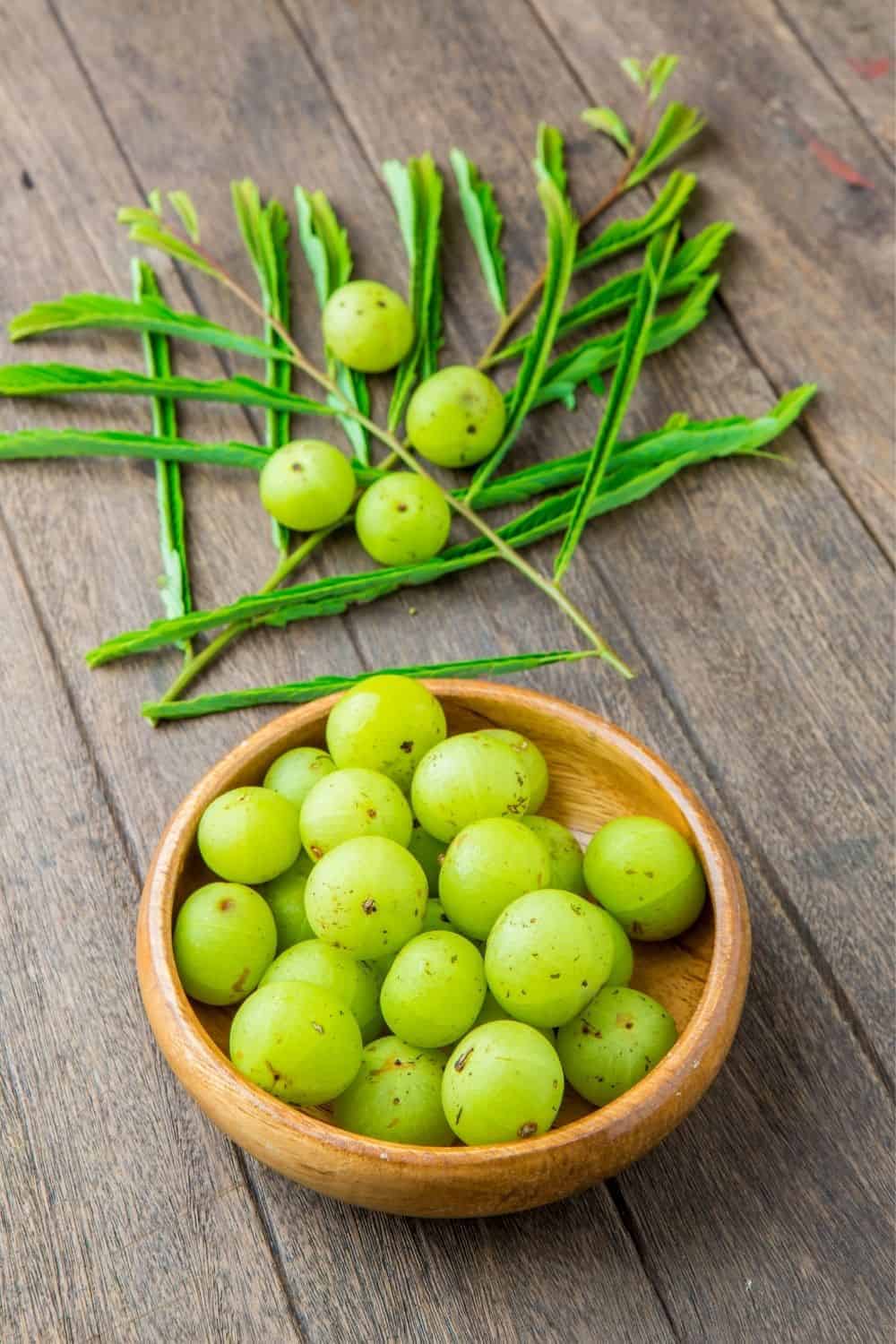 Entrecote is a French word for beef cut from between the ribs used for steaks. This cut is good for quick cooking in a skillet and grilling. 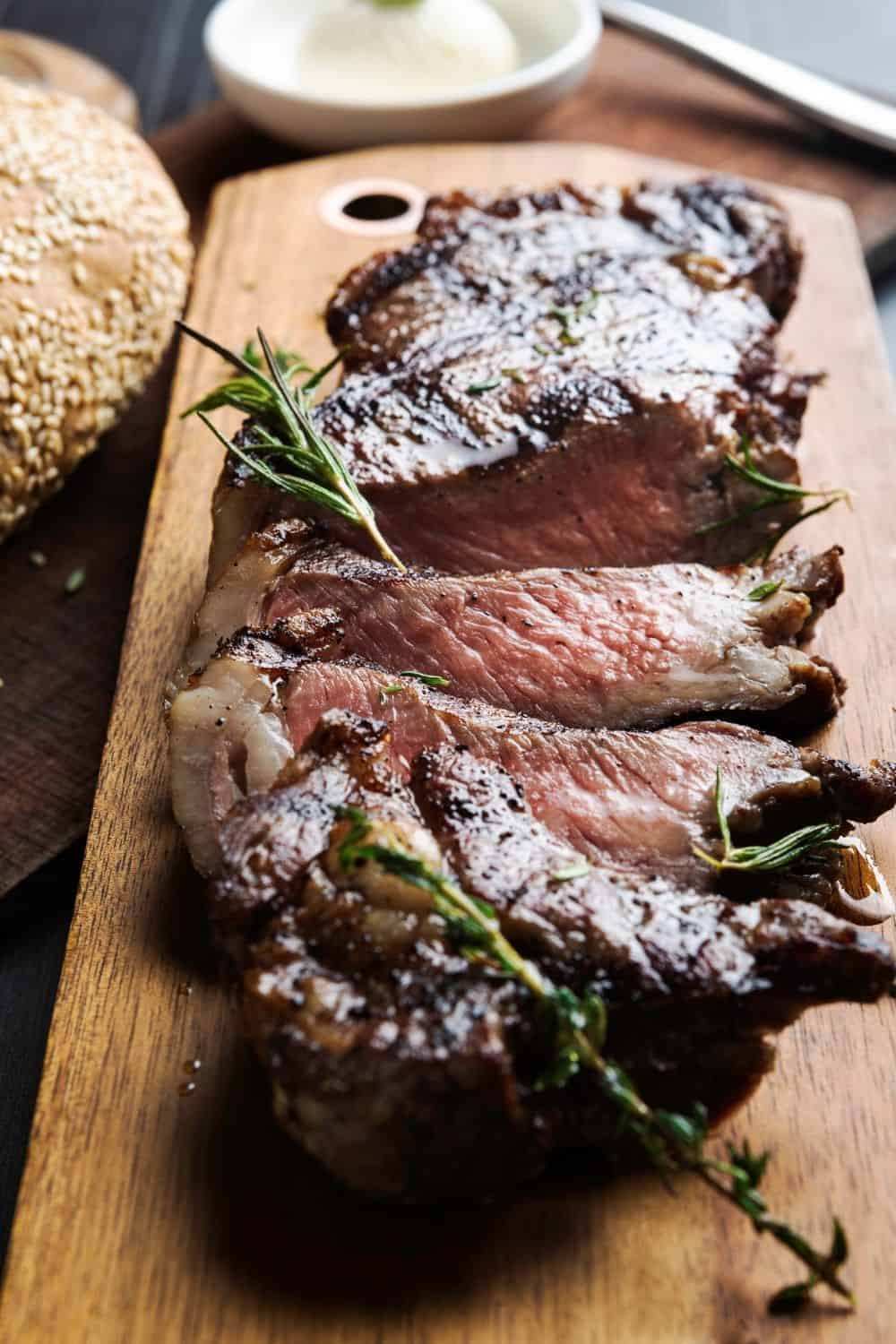 This list of 23 uncommon foods that start with E is sure to expand your culinary knowledge and vocabulary. If you happen to come across food on the list for the first time, then this must be the sign for you to go out and try!