We love to eat homemade cucumber salads. Cucumbers are refreshing, cheap, and easy to turn into a delectable salad.

When I’m looking for a comfort food that is tasty but also refreshing, I’d often eat a simple cucumber sandwich. 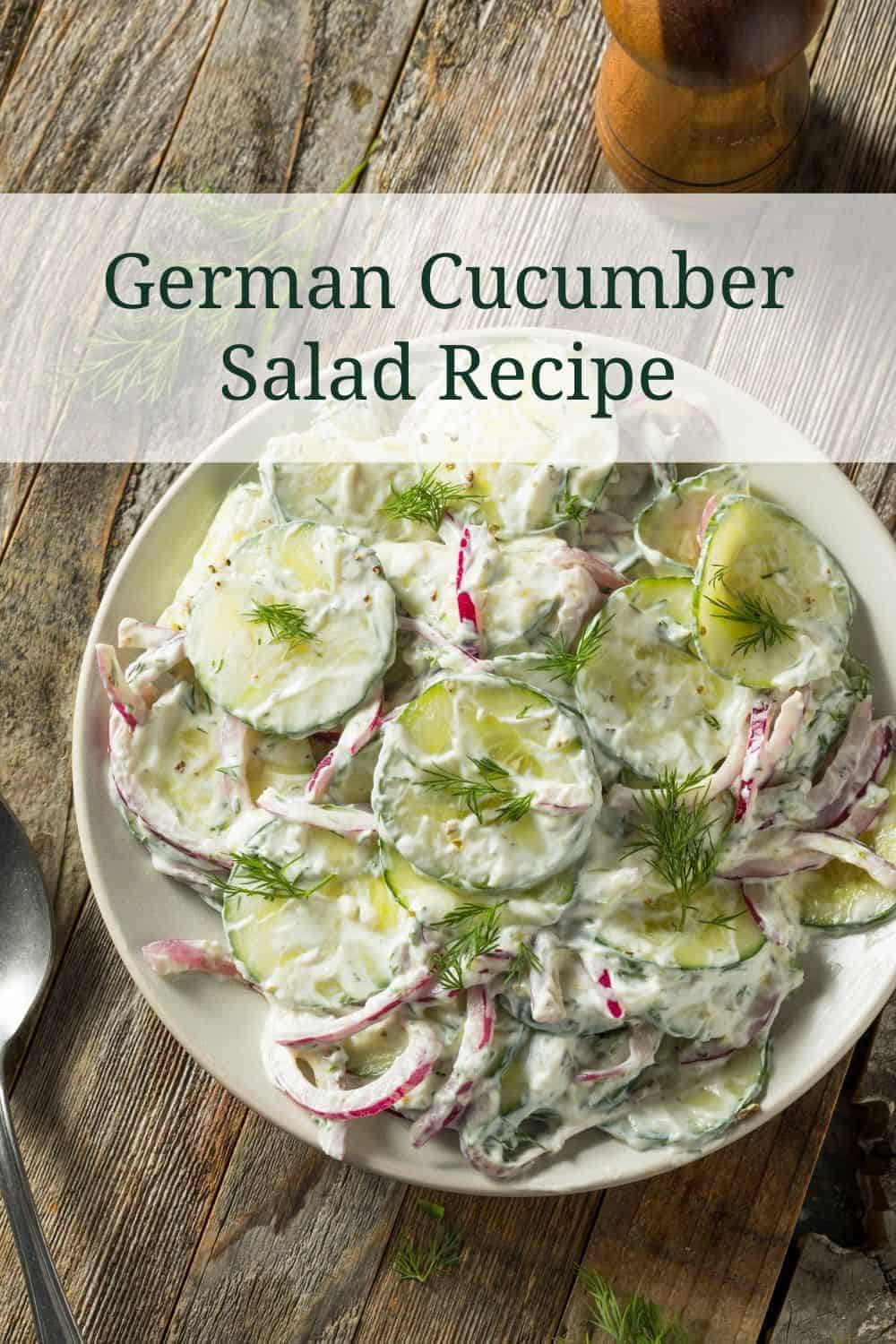 We serve cucumbers on the side of almost every meal. Sometimes, we just slice them up and eat them raw; sometimes we do something a bit more fancy such as the German cucumber salad recipe and sometimes we mix up some vinegar and spices to make our own pickles.

The only bad part about this classic cucumber salad recipe is that for it to taste best, you need to allow it time to chill in the fridge.

I got so excited and always want to hurry up and eat it. I really should learn to cook when I’m not so darn hungry.

But…maybe it’s the aromas that make me hungry no matter what! 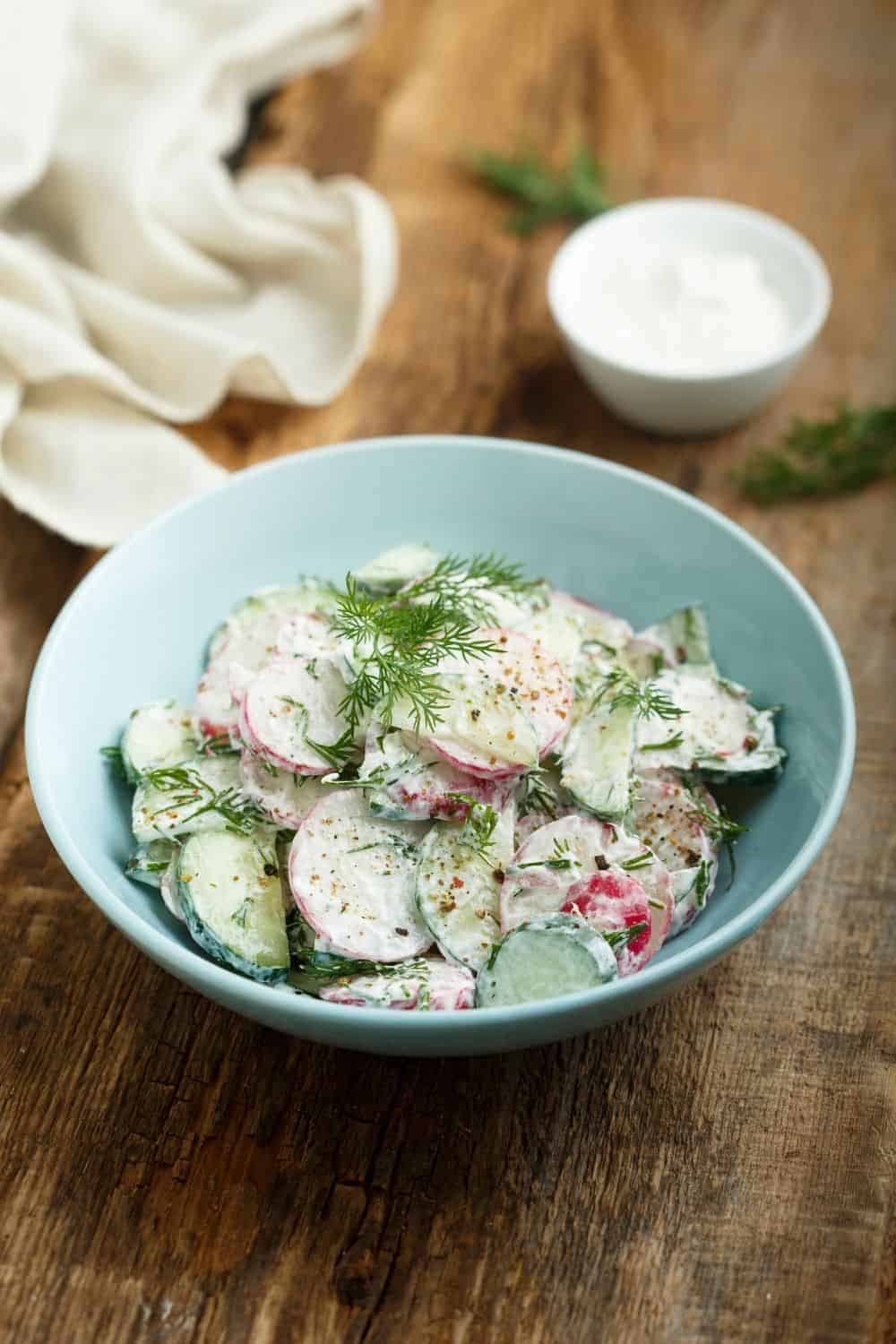 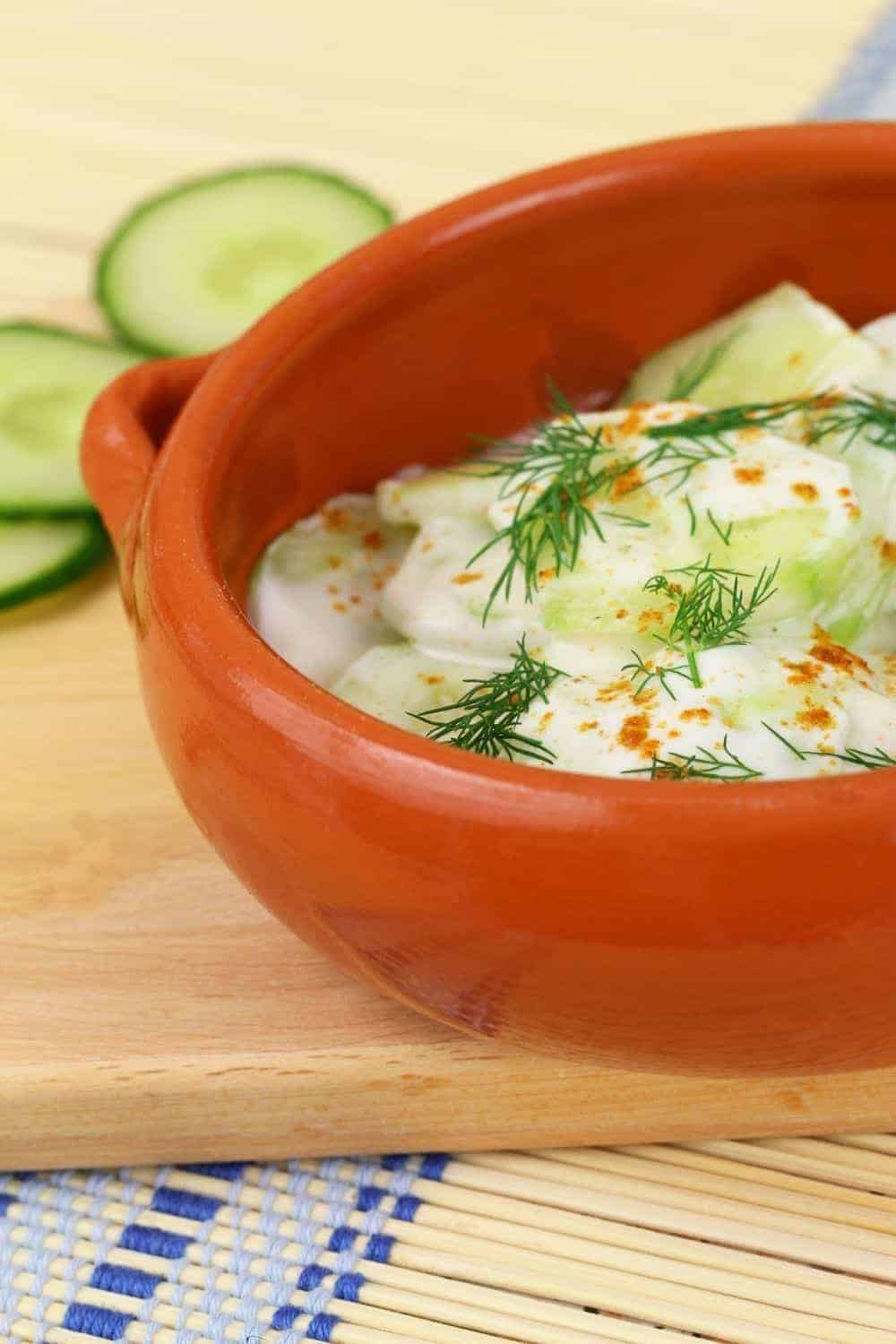 How to make German cucumber salad

This is an overview of how to make this cucumber salad recipe. Below you’ll find detailed instructions with measurements.

Step 1: Wash and dry the cucumbers. Then slice them as thinly as you possibly can. I like to think of these as shaved cucumbers slices. We recommend using a mandoline so that your cuts are even and thin. If you don’t have a mandoline, then consider using a cheese slicer.

Step 2: Drain the cucumbers. Lay the cucumber slices out on paper towels and pat them dry. Then leave them covered out on the counter for 2 hours. The goal is to remove as much moisture from them as possible.

Step 3: Thinly slice the onion. Wrap the onion slices in a paper towel and allow them to drain while the cucumber slices are draining.

Step 4: Prep the dressing. Mix the sour cream, the herbs and spices, sugar and vinegar in a large bowl.

German cucumber salad is an easy recipe to make it. It is light and refreshing any time of year. It also pairs well with all types of dishes. We love to eat it with braised chicken or prime rib. Just remember to cut the cucumbers thin and you will be all set.

What is black garlic and how do you make one?
← Previous
What is vanilla extract and how you can use it
Next →
Click here to cancel reply.