Ham is a traditional dinner meal that’s always present during the Easter feast. You might think it’s plain and boring, but there are many different and delicious ways to cook it.

If you’re on a quest to find the main dish for your Easter meal to feed a large crowd, then take this guide with you! 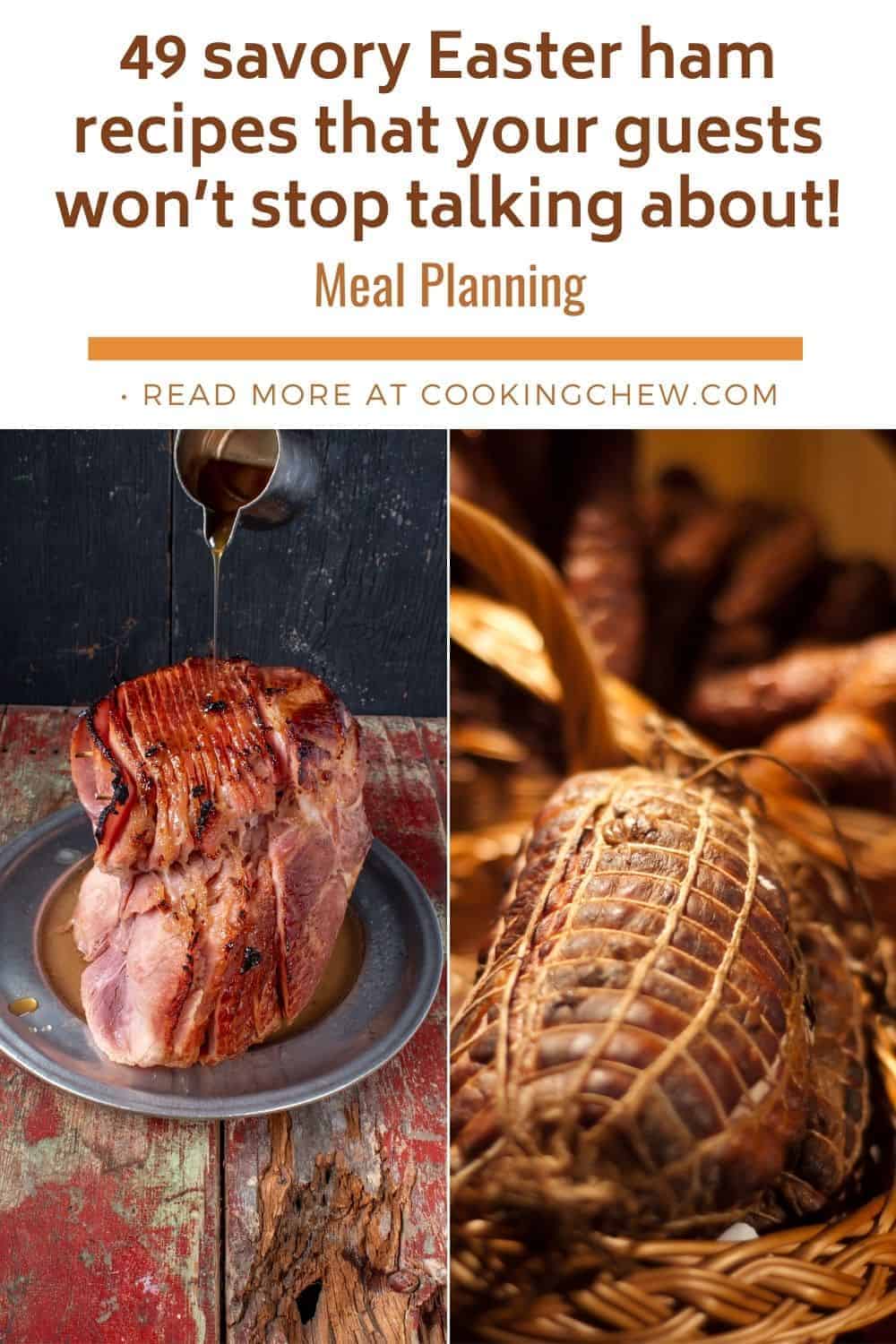 From fruit-based ham right down to crockpot-inspired dishes, this collection of savory Easter ham recipes is sure to be your feast centerpiece that can also blend with your favorite sides and desserts.

When I think about the Easter holiday, I always crave this baked ham with orange honey ham glaze.

The combination of orange marmalade, Dijon mustard, honey, fresh orange, and cinnamon gives the recipe a juicy and tender texture with a sweet and little tangy flavor kick that guests won’t stop talking about.

But if you prefer a simple and straightforward dish, then the five-ingredient baked ham is your next BFF.

The recipe only calls for ham, apricot, Dijon mustard, brown, sugar, and some ground cloves. It’s advisable to use fewer cloves in your recipe so it won’t overpower the ham’s flavour.

Ham is a versatile ingredient that goes with almost everything, even soda. Adding this drink provides great flavor and sweetness to your dishes.

I love adding cola to my ham. If you’re intrigued about what it tastes like, then try this Coca-Cola glazed ham recipe.

You can add cloves if you like, but make sure you’ll not overkill the overall flavor. 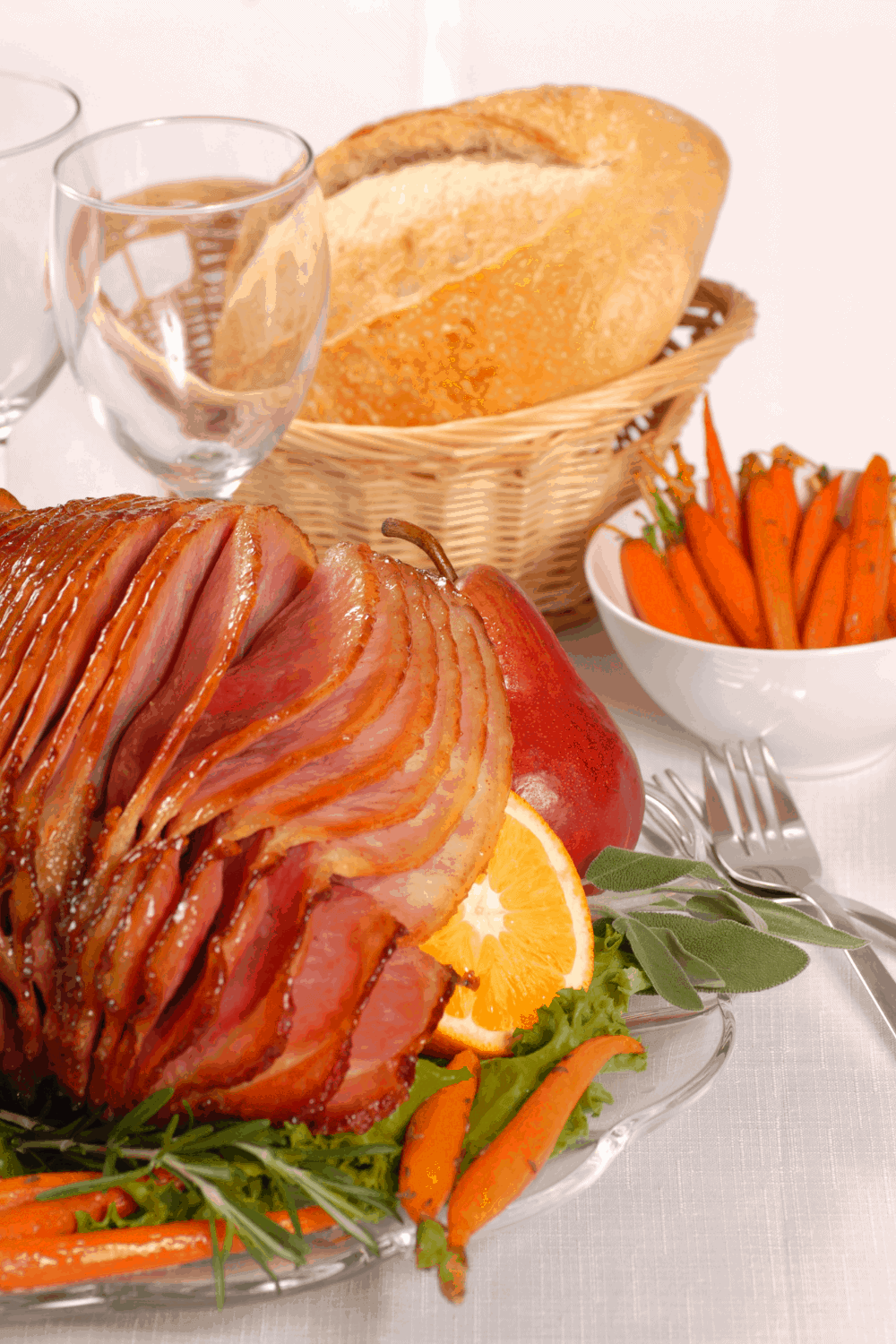 Smoking ham is quite easy and a great way to incorporate richer and savorier flavor to the meat. But what if I told you that there’s another way to make your smoked ham even more mouth-watering?

I’m talking about this twice smoked ham with sweet cinnamon glaze. It’s packed with brown sugar, Dijon mustard, nutmeg, cinnamon, and maple syrup, resulting in a sweet flavor with a bit of spice and tanginess.

To impress the crowd, consider pairing the ham with crisp chardonnay wine as it helps cut through the sweetness to balance out the overall flavor of the dish. 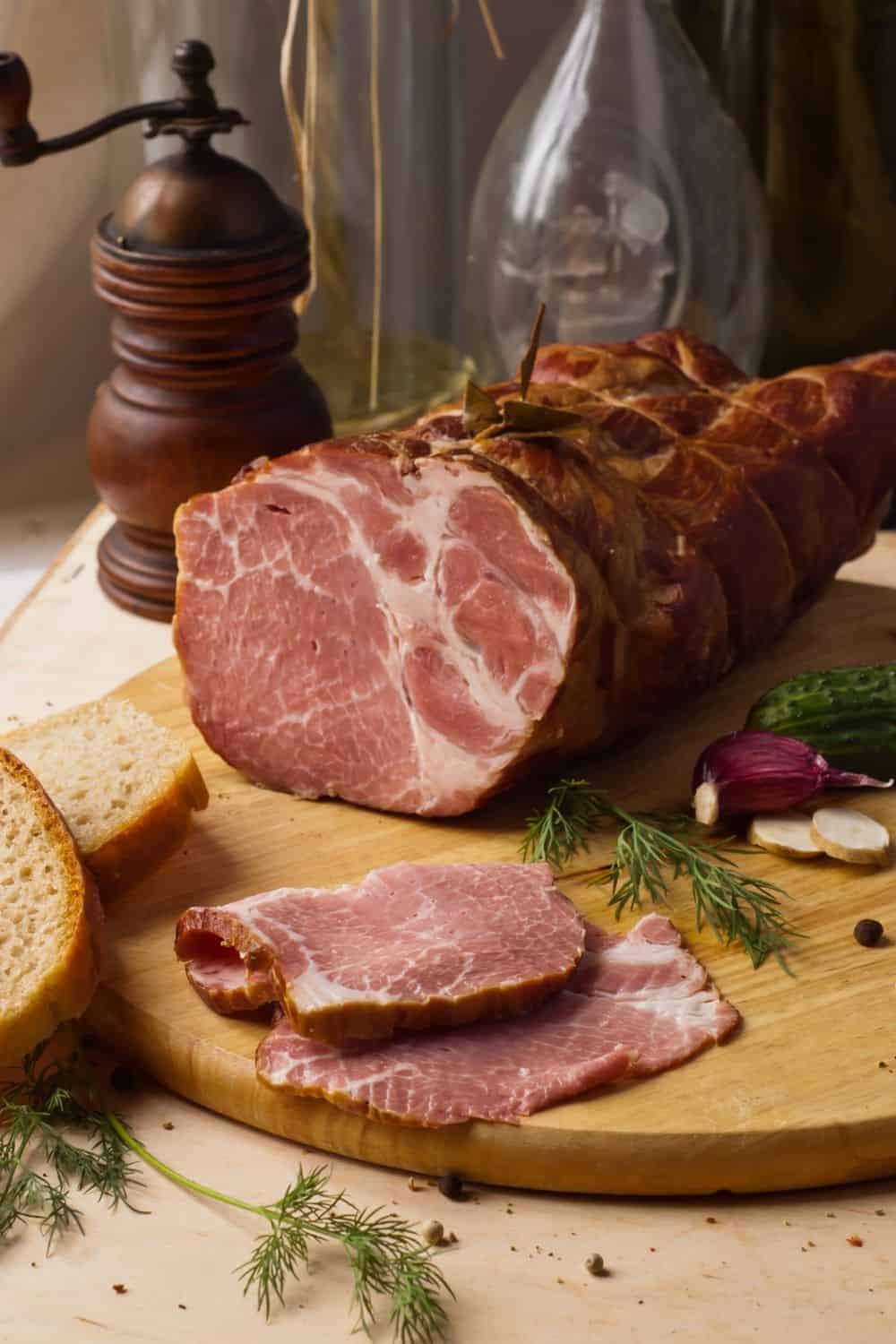 When it comes to savory ham recipes, this Cajun-spiced ham dish is on my top list.

Perfect as a holiday meal or Sunday dinner, the recipe features sweet and spicy Cajun spice consisting of different herbs and spices such as garlic and onion powder, oregano, and thyme paprika, cayenne pepper, lemon, and black pepper.

Before sliding it to the oven, the brown sugar is added to the spice mixture to incorporate some sweetness to the dish.

Grilling the ham is possible too!

Having a crockpot makes every cook’s life easier and faster. It can make delectable soups, chilis, stews, and main dishes like ham!

If you aren’t familiar with crockpot cooking, then this Hawaiian-inspired ham is a perfect recipe to start.

The ham dish is easy to put together and calls for simple ingredients such as brown sugar, apple ale, and pineapple.

Running out of apple ale? Then use substitutes! You can replace apple ale with regular beer, but if you don’t want to incorporate alcohol into the dish, apple juice will do the trick.

Serve as it is or on slider rolls. Enjoy!

Picking the main course for your Easter feast can be tough indeed. But in case you have a big crowd to feed, serving these ham recipes is your best bet.

Lastly, you can also satisfy your guests with prime ribs, pork chops, and chicken aside from your savory Eastern ham recipes.

What is custard and how to make it
← Previous
19 sides for fried chicken that are scrumptious
Next →
Click here to cancel reply.