It’s rare in the pizza universe not to find a single pizzeria that fails to offer an old word pepperoni pizza to their menu. 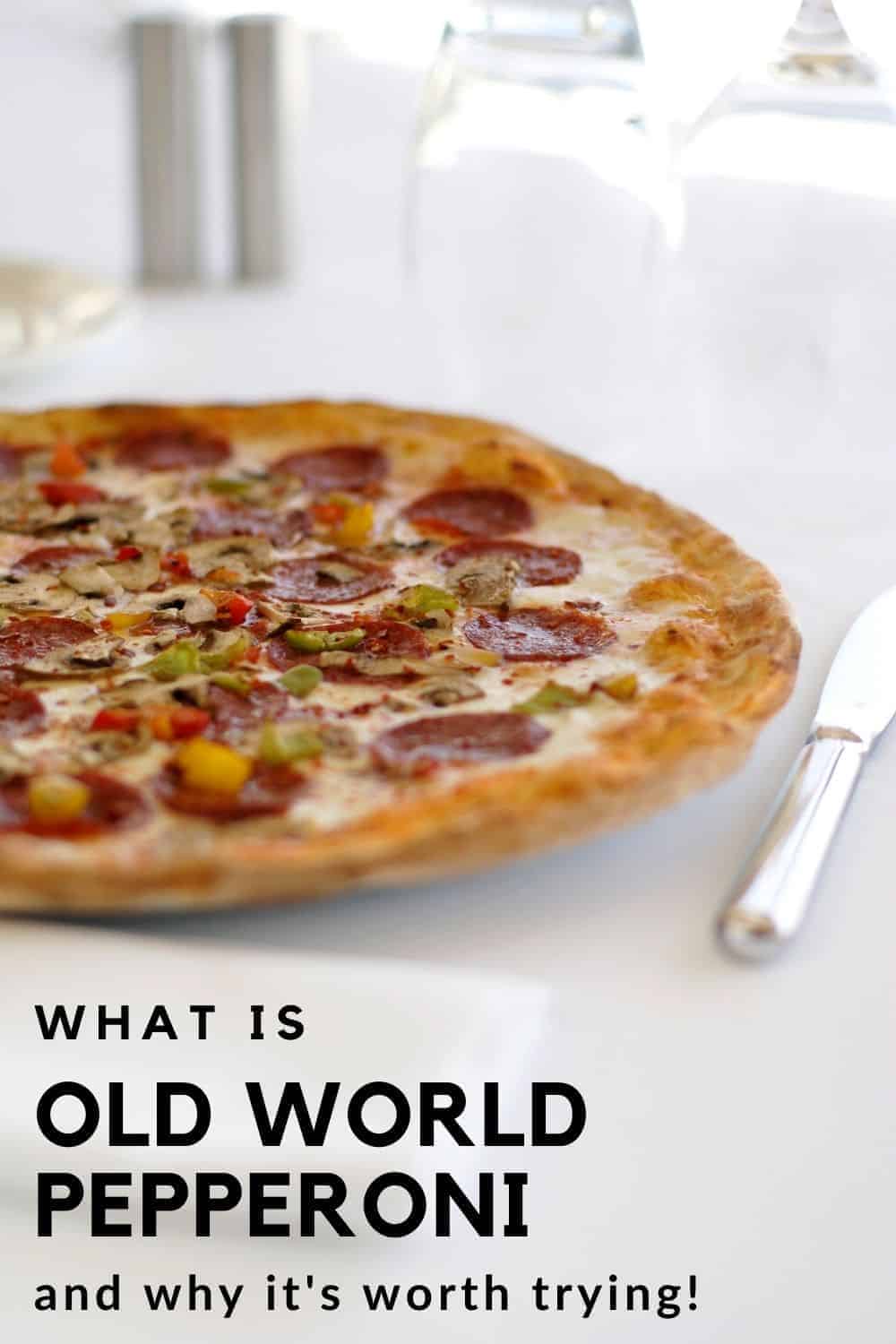 Contrary to most people’s idea, the ingredient isn’t merely added to work as a pizza topping as many cooks throughout the world incorporate it in their daily recipes.

Okay, that’s enough talking, let’s cut to the chase. Today, I’m going to share this essential guide so you can learn everything that you need to know about the old world pepperoni.

What is old world pepperoni?

Old world pepperoni is a type of salami made from cured beef and pork seasoned with chili and paprika. It’s a go-to ingredient in pizza recipes and loved by people who enjoy spicy food.

Contrary to popular belief, old world pepperoni originates in the U.S and not in Italy. However, it’s considered a descendant of Italian salami, a large sausage made with seasoned ground pork.

When it comes to appearance, old world pepperoni features dark red color, and its edges curl up when cooked due to its thickness and natural casing. It also shares the same characteristic as most Italian sausages as it uses natural casing made from sheep gut. 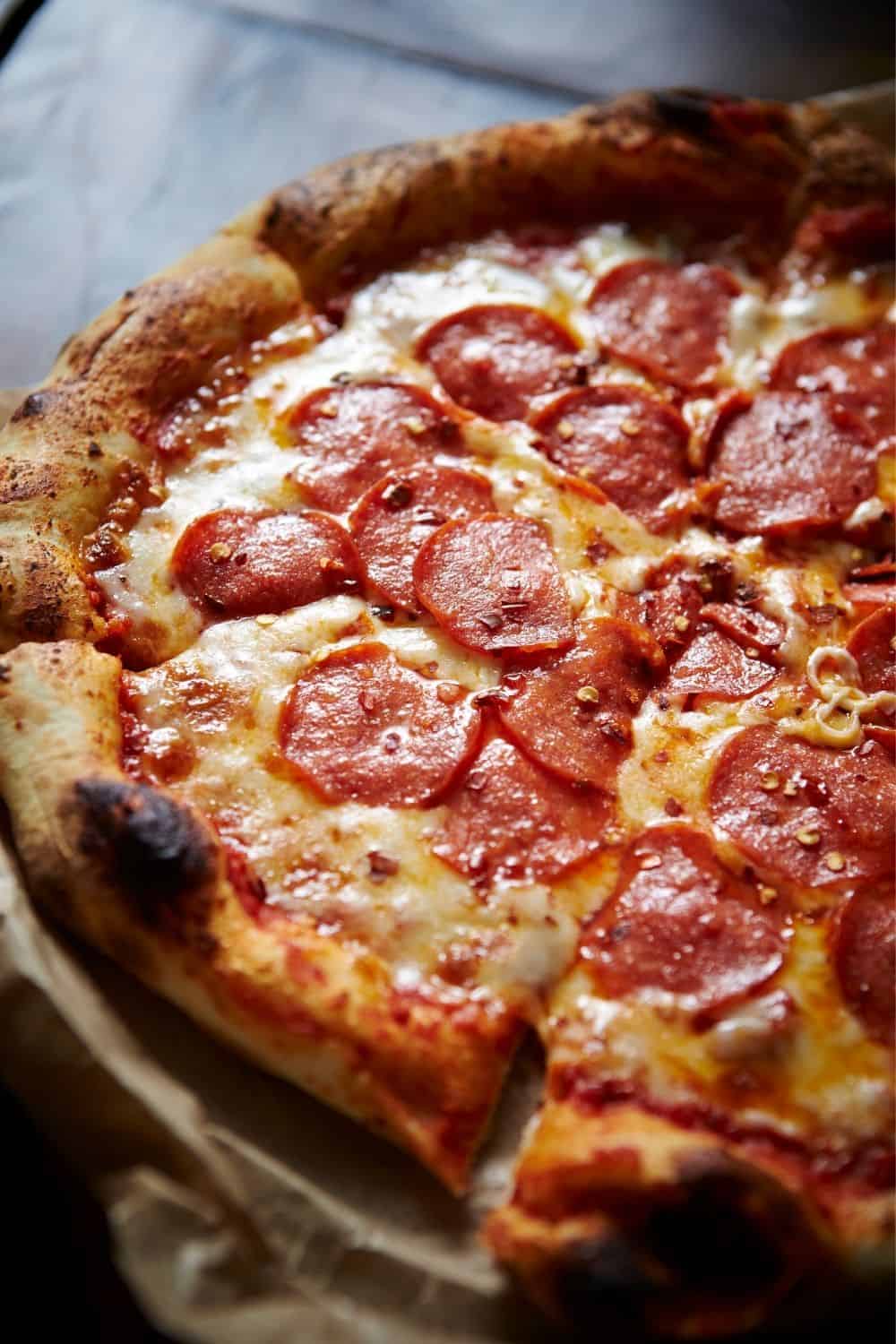 Two major types of pepperoni sausages are competing in the market today. These are regular or American-style and the traditional or old-world style pepperoni. Both of the sausages have their unique features; they also share a lot of similarities. American-style pepperoni is notable with its easy-to-slice artificial casing, while the old world-style pepperoni uses natural casing that’s likely harder to cut. Meanwhile, the former is known for its slightly orange hue; the latter has almost mahogany color. On top of these differences, the old world is spicier than the American style pepperoni, and its edges curl up when cooked. 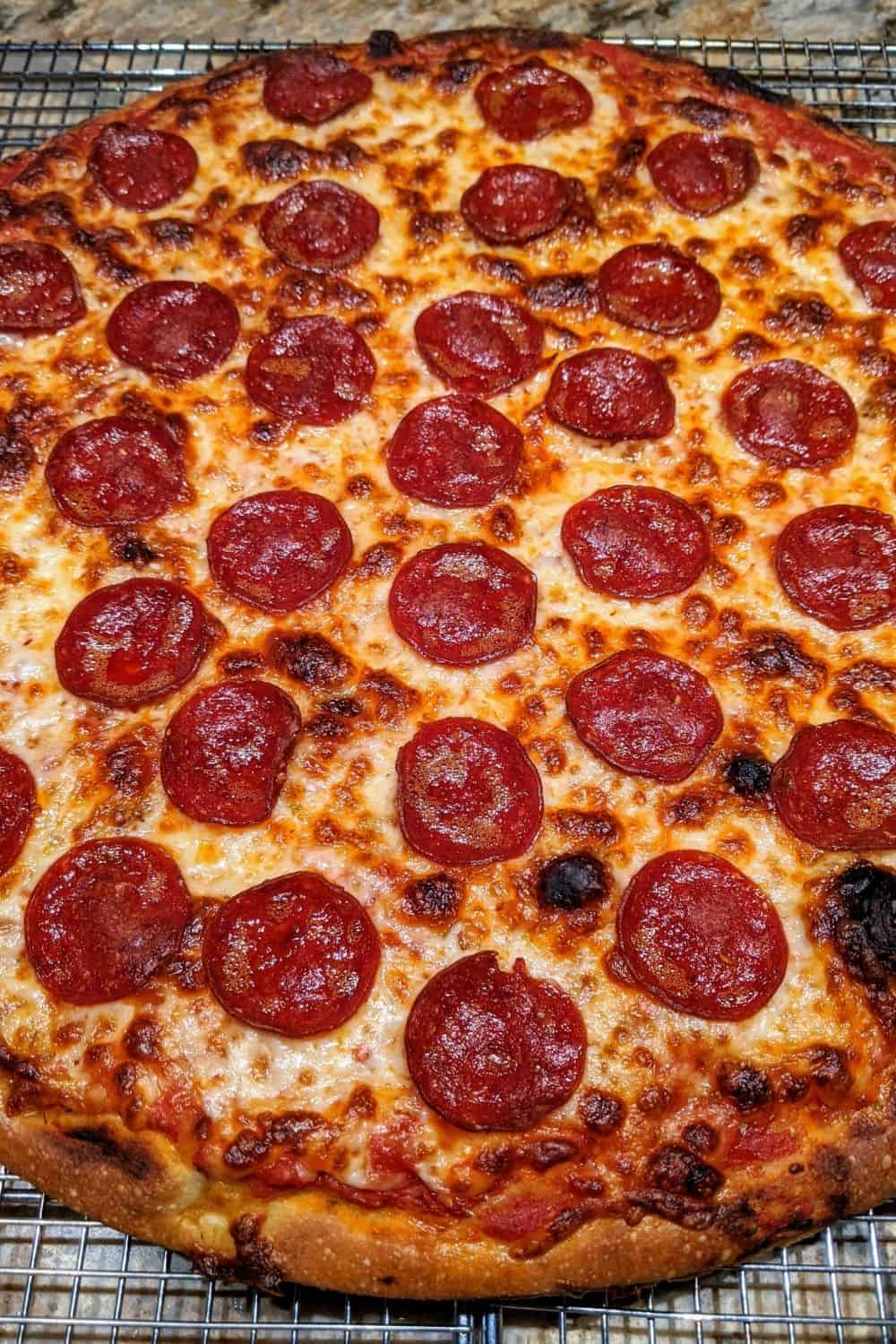 It’s hard to be completely sure of how your old world pepperoni will turn out when you bring it home and slice it up.

However, if you want to be on the safe side, look for old world pepperoni that features a deep red color.

If you’re planning on stocking up, so you don’t have to make multiple runs to the store, then feel free to freeze them! All you need is to cut the pepperoni into slices, divide them into different bags, seal them in a freezer bag, then put them in the freezer. Easy peasy! 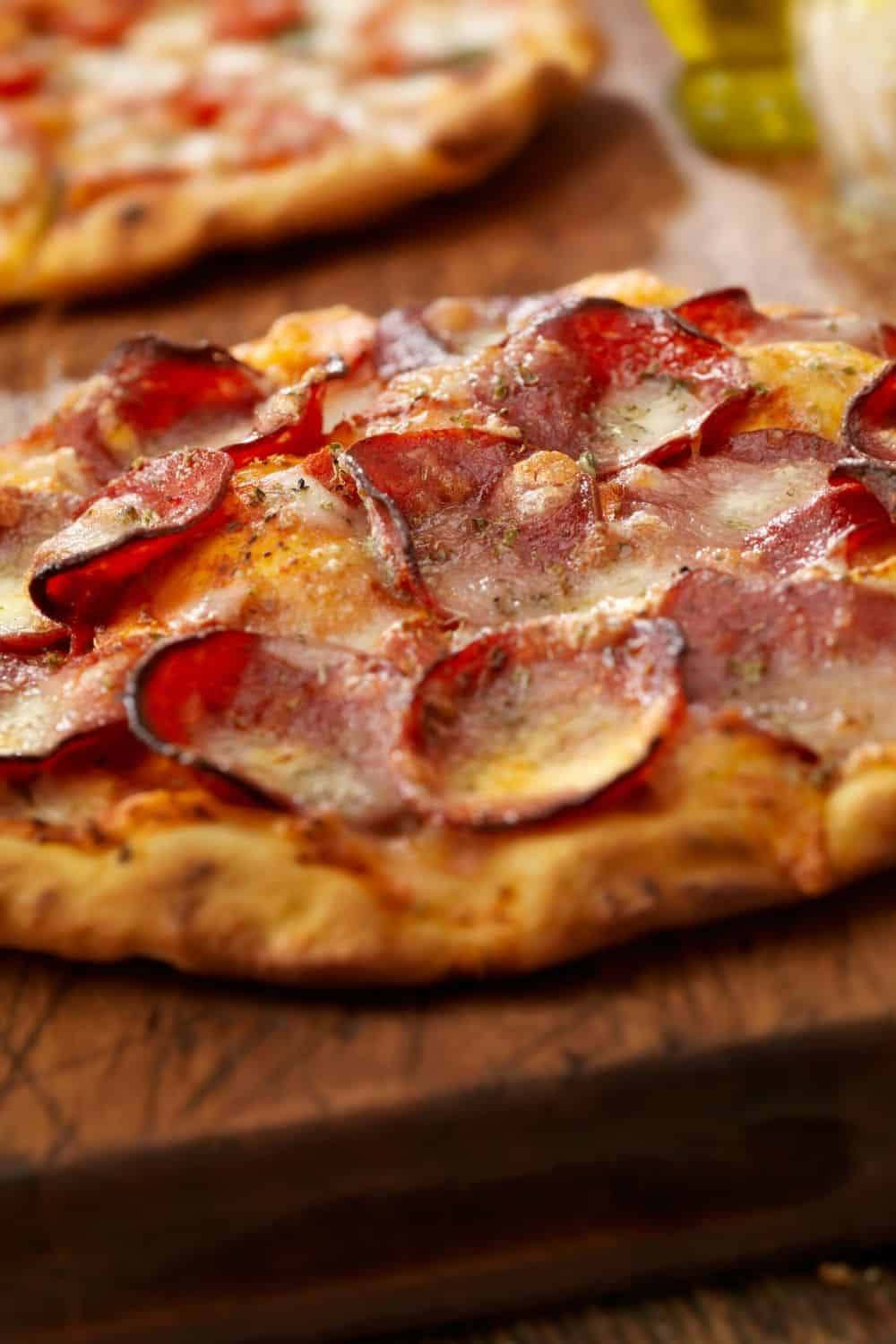 Ways to cook with old-world pepperoni

As mentioned, old world pepperoni isn’t just for pizza. There are various ways to make use of this ingredient.

The ideal way to highlight old-world pepperoni’s rich and spicy flavor profile is to serve it with various accompaniments such as toasted bread, macaroni, and cheese. It’s also an excellent addition to your sandwiches or potato salads.

You can also slice and serve them along with cheeses, baguette, crackers, and fruits on your cheeseboard. The addition of pepperoni balances the creaminess of the cheese. 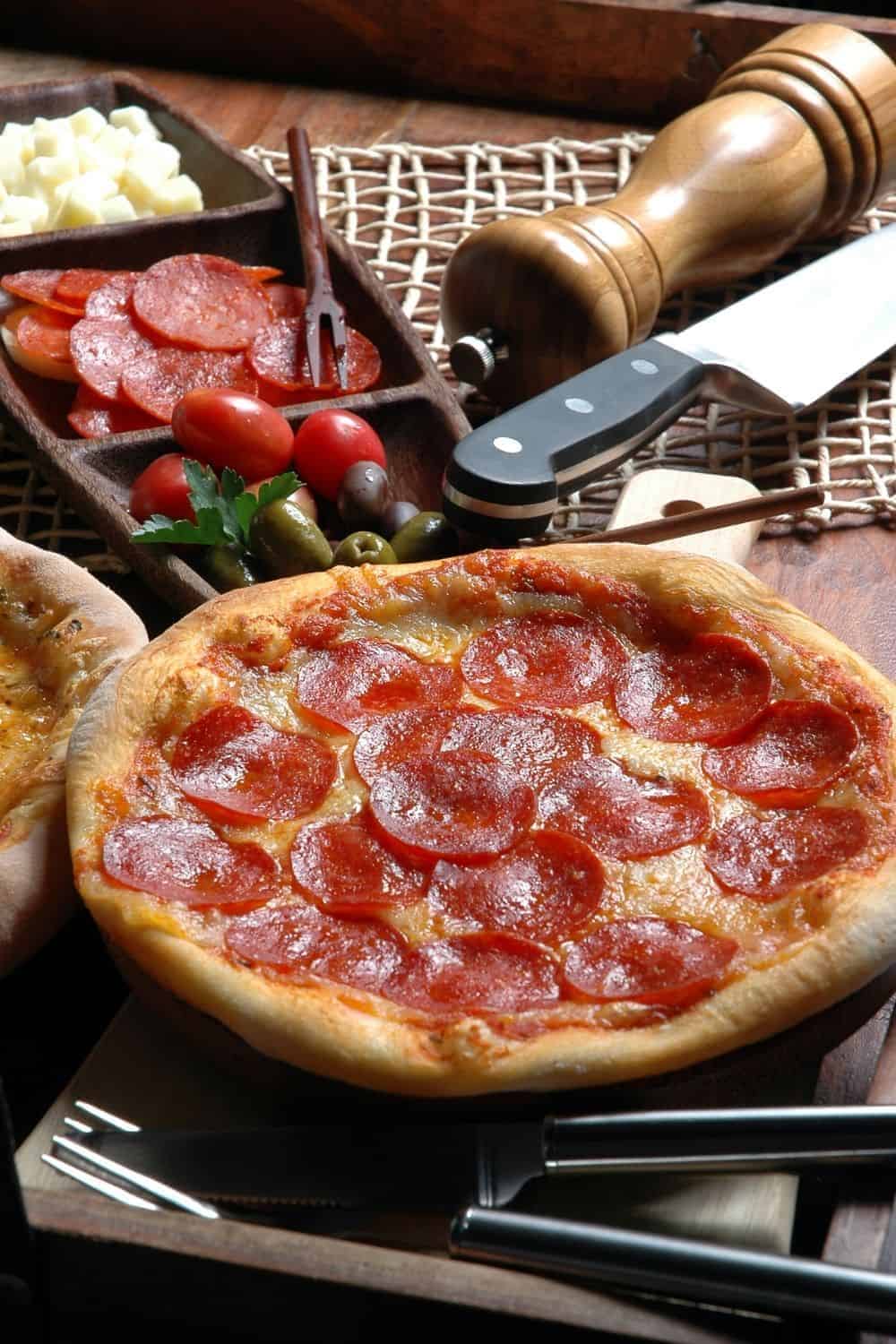 Old world pepperoni is truly a must-have ingredient in the kitchen. You can enjoy it with many cheeses or include its sought-after spiciness in your sandwiches and salads.

I have high hopes that this guide finally answers all of your questions regarding old world pepperoni.

How Much Do Chefs Make: 5 Reasons Why It’s Awesome to be Chef
Are You Curious If You Can Freeze Pepperoni?
What Is Black Garlic? Here's Our How-To!
How Long Can Cream Cheese Sit Out?
How to Cut an Avocado (The Easy Way)
How to Freeze Green Beans (Blanching or No Blanching)
What is escarole and how to store one?
How to toast pecans and why you should
What is burrata and why it tastes so good
What Is a Nonreactive Bowl and Why Does It Matter?
What does avocado taste like?
Learn What Asparagus Taste like Right Here
Click here to cancel reply.