23 fantastic foods that start with F

Categories Foods that start with

Wait, are you looking for foods that start with the letter F? You’re in for a treat!

On the heels of featuring foods that start with E, it’s time to proceed to the next letter of the alphabet! 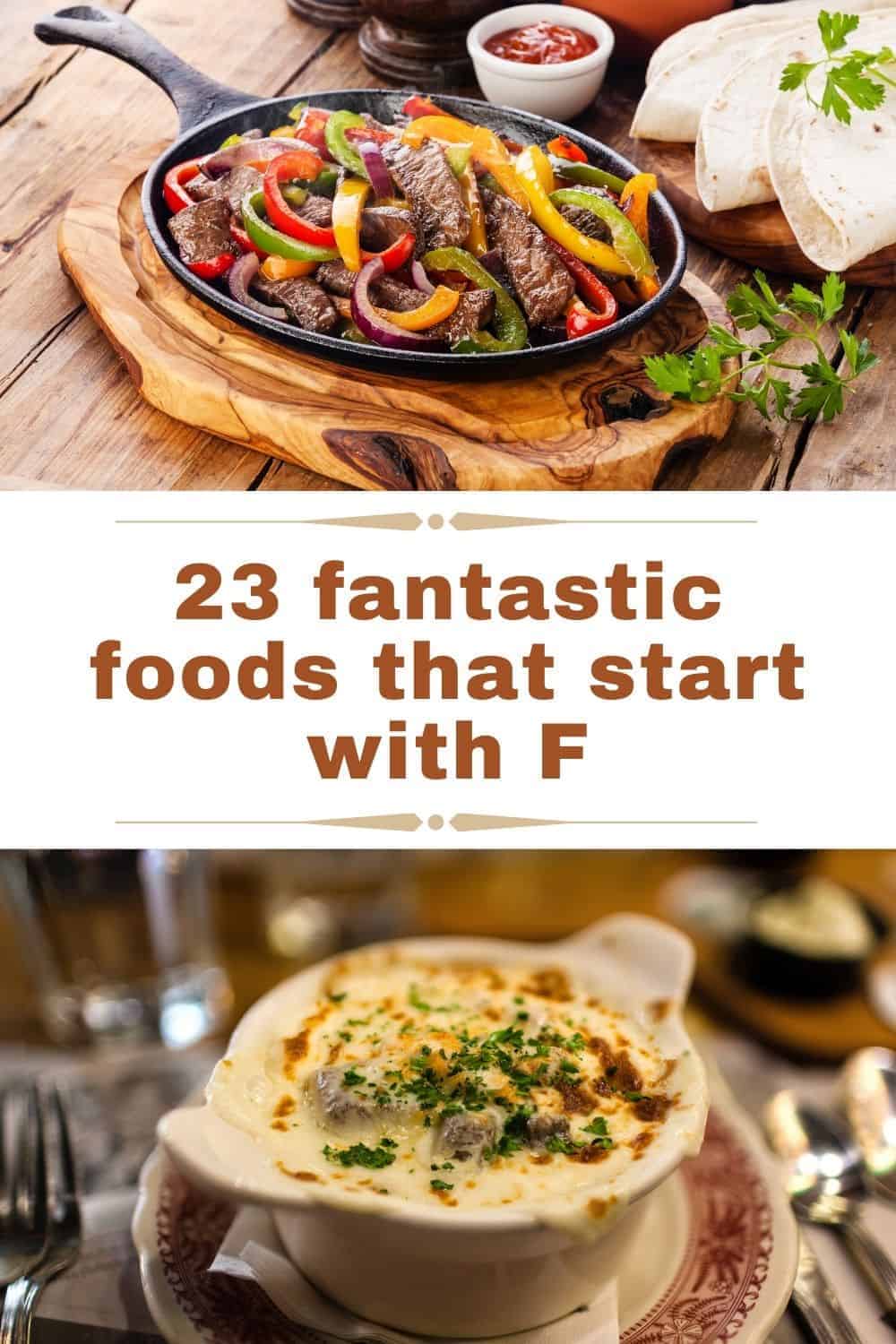 In this list, you’ll be able to find no less than 23 compelling food items that you should know. This guide includes drinks, fruits, vegetables, and anything else that’s edible.

Figs are fruits that come from the ficus tree found mostly in the Middle East and the Mediterranean. It has a sweet flavor profile with a chewy and soft texture often used as a sweetener. You can also add them to salads or partner them with cheese. 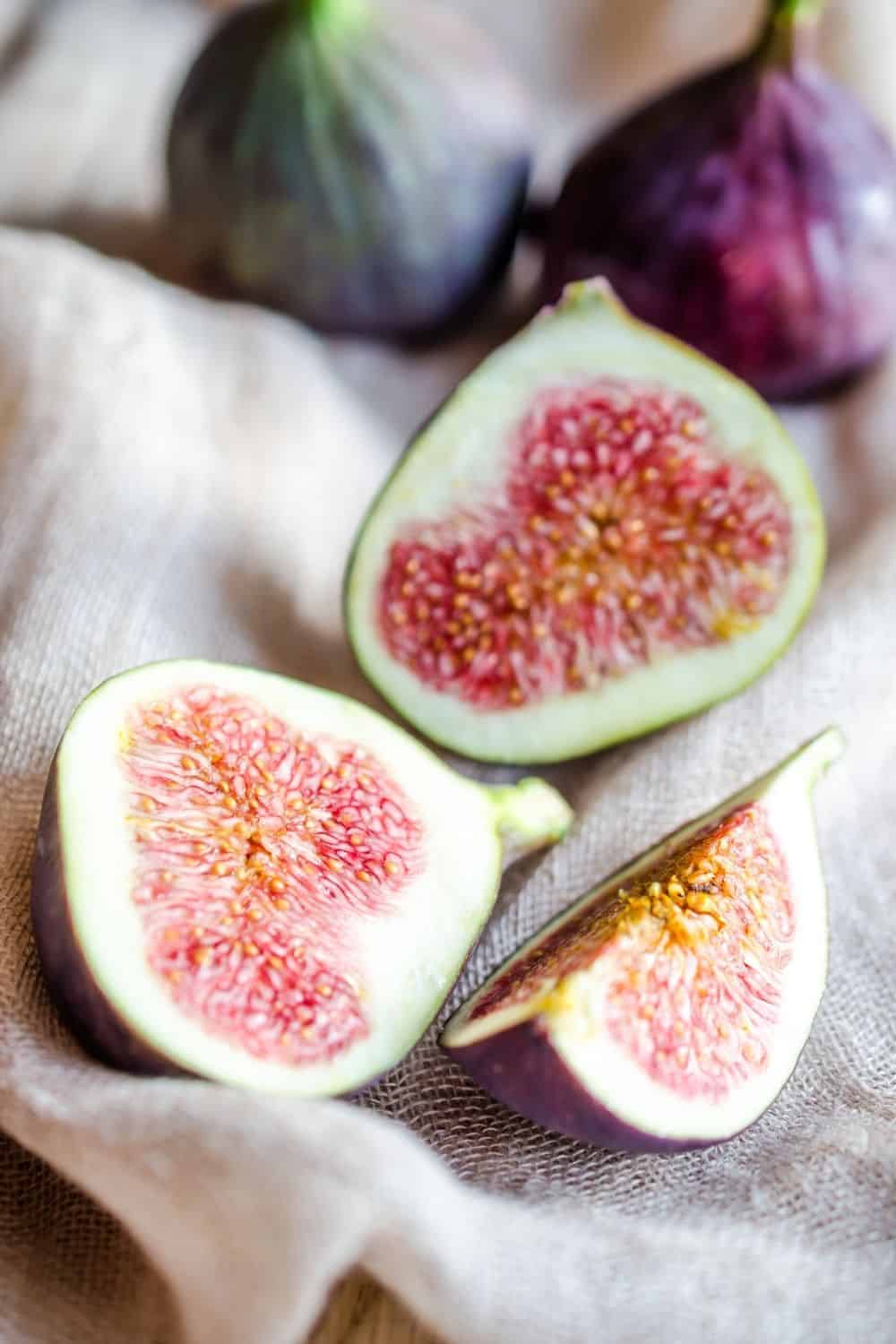 Also known as crème caramel or caramel custard, flan is a sweet dessert that boasts a caramel topping and custard base coming from milk, eggs, and sweetener. It’s a popular treat in European and Latin countries and often served during the late afternoon meal. 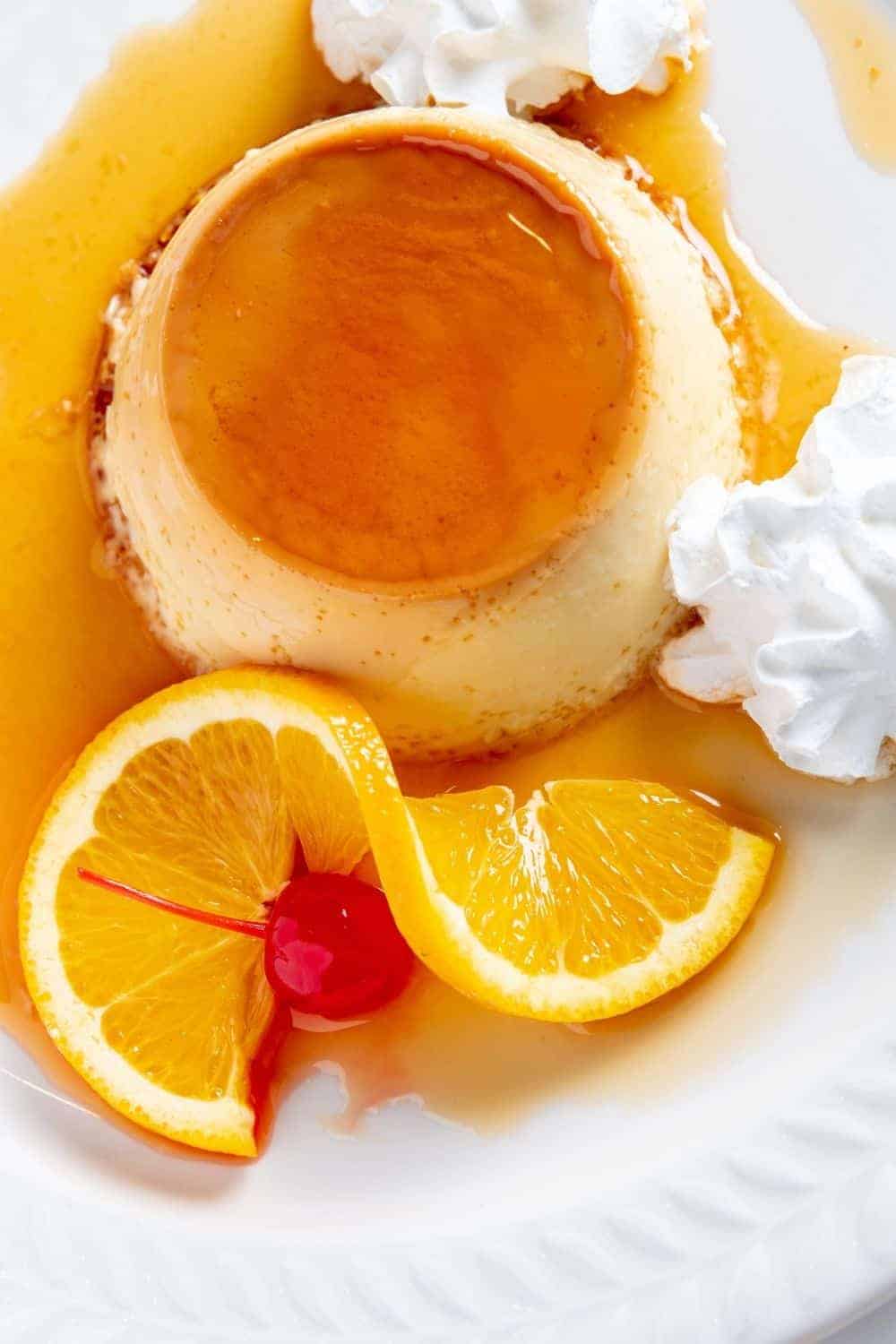 Considered one of the all-time favorites, fries are essentially potatoes being cut into long strips, deep-fried until it reaches the golden-brown perfection, then sprinkled with seasonings often made from garlic salt, onion salt, and paprika. 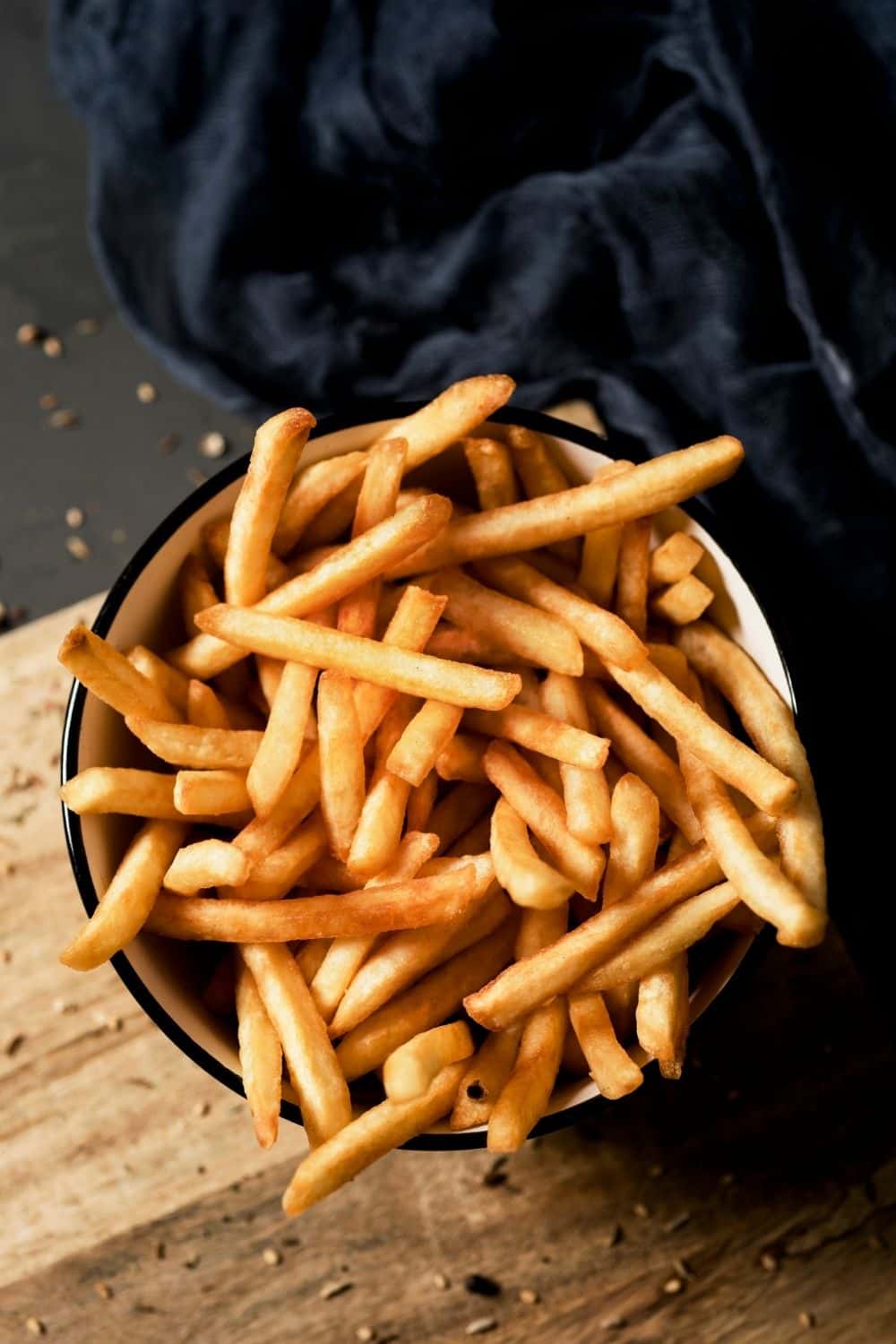 Also called Southern fried chicken, this comfort food features chicken pieces coated with seasoned flour or batter. These pieces are being deep-fried to a golden brown. It has a crispy texture on the outside and juicy on the inside that’s so tempting and heavenly!

You can serve them beside your favorite biscuits, mac and cheese, and baked beans. Yum! 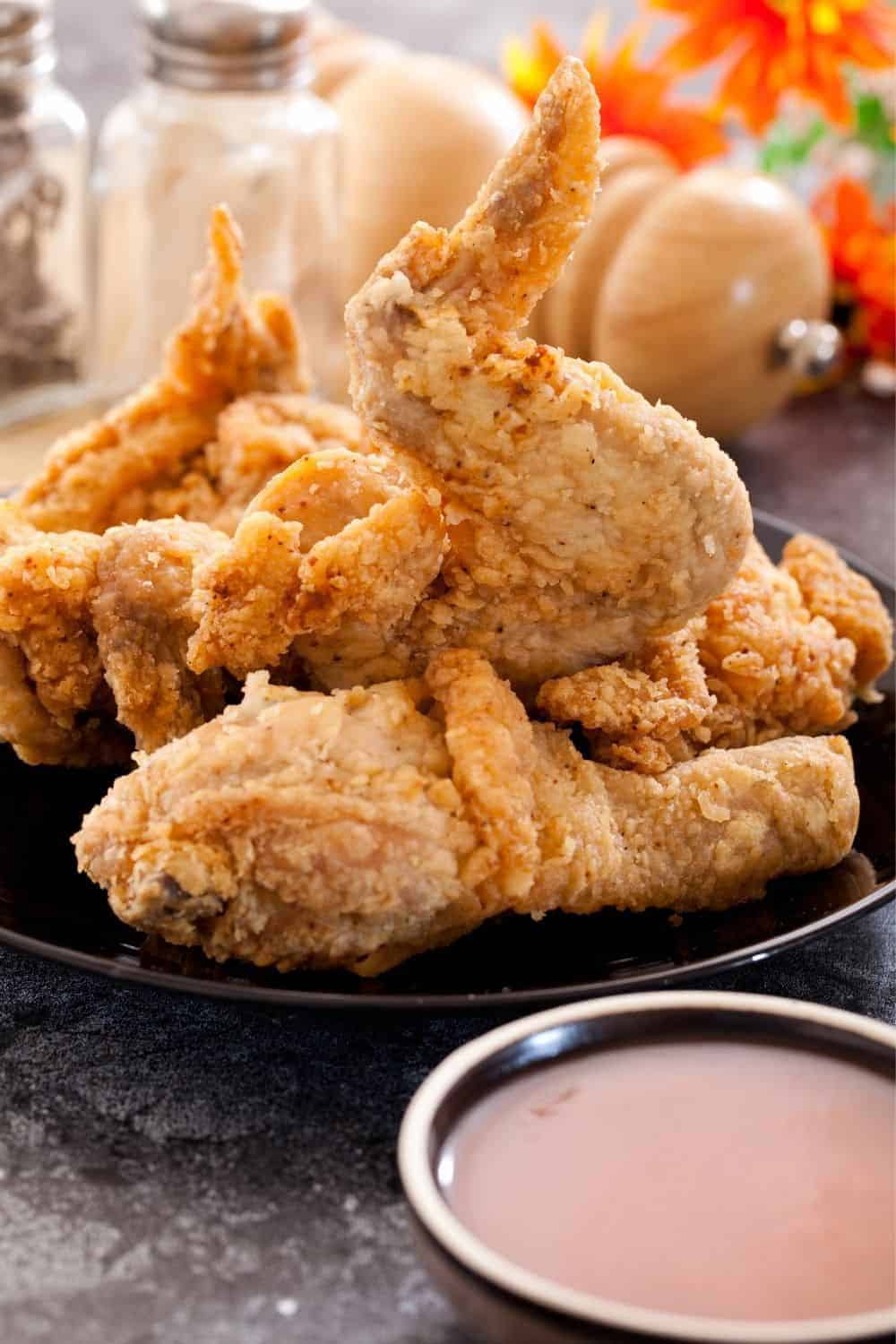 Fruit salad is a creamy and sweet dessert made with greek yogurt, berries, apple, and pineapple chunks. Apart from being a good dessert, fruit salad is also best served as an appetizer and aside for a summer party. 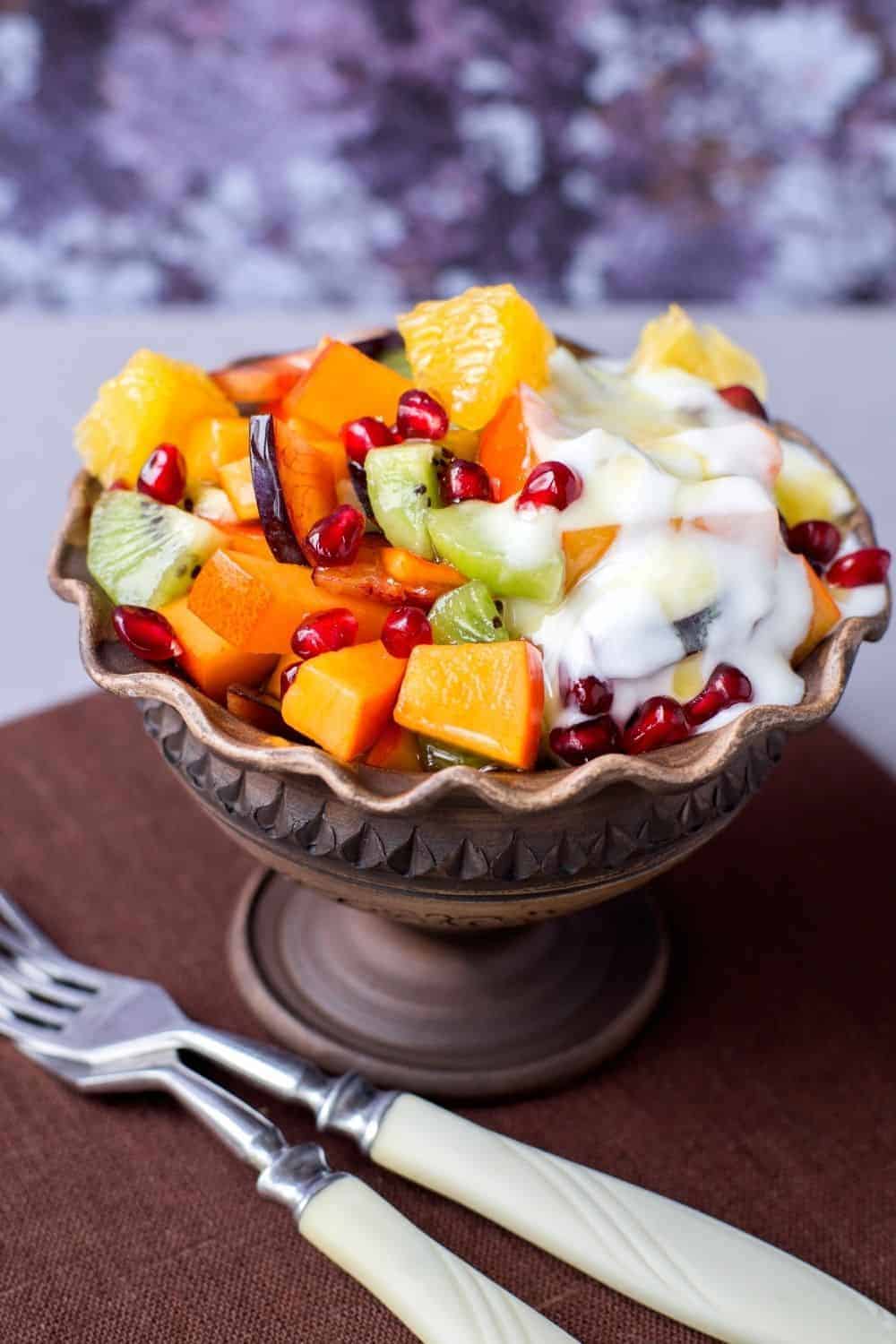 Fudge is a creamy dessert that’s one of the best fixes for sweet cravings. It’s packed with cocoa, milk, sugar, and butter. The dessert is best served alongside your favorite ice cream or used as a gift on special occasions like Valentine’s Day. 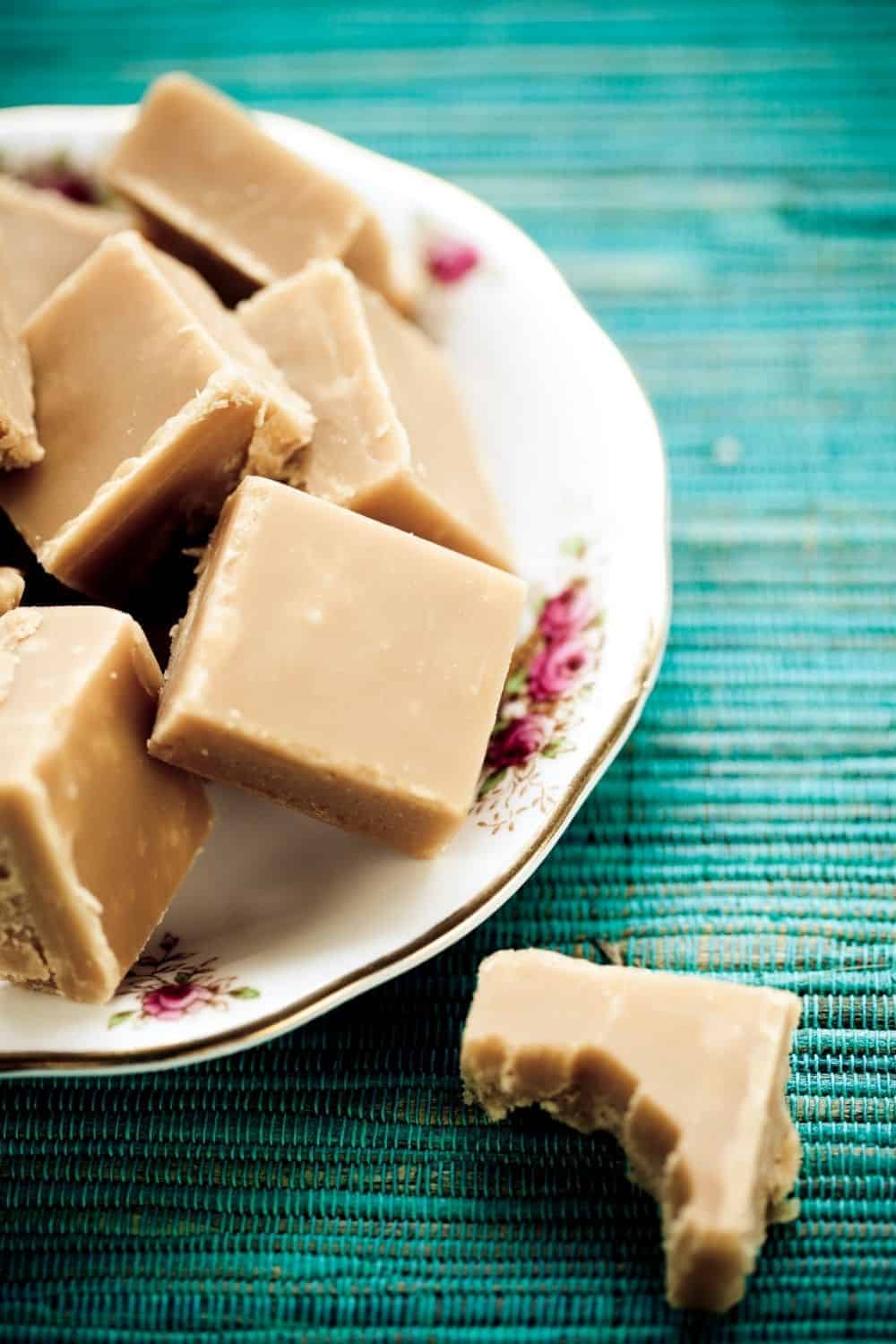 Fajitas are a filling dish deemed as one of the most popular Tex-Mex dishes. It’s made from any grilled meat usually served with a flour tortilla and different savory fillings. You can partner them with guacamole, sour cream, salads, and even salsa. 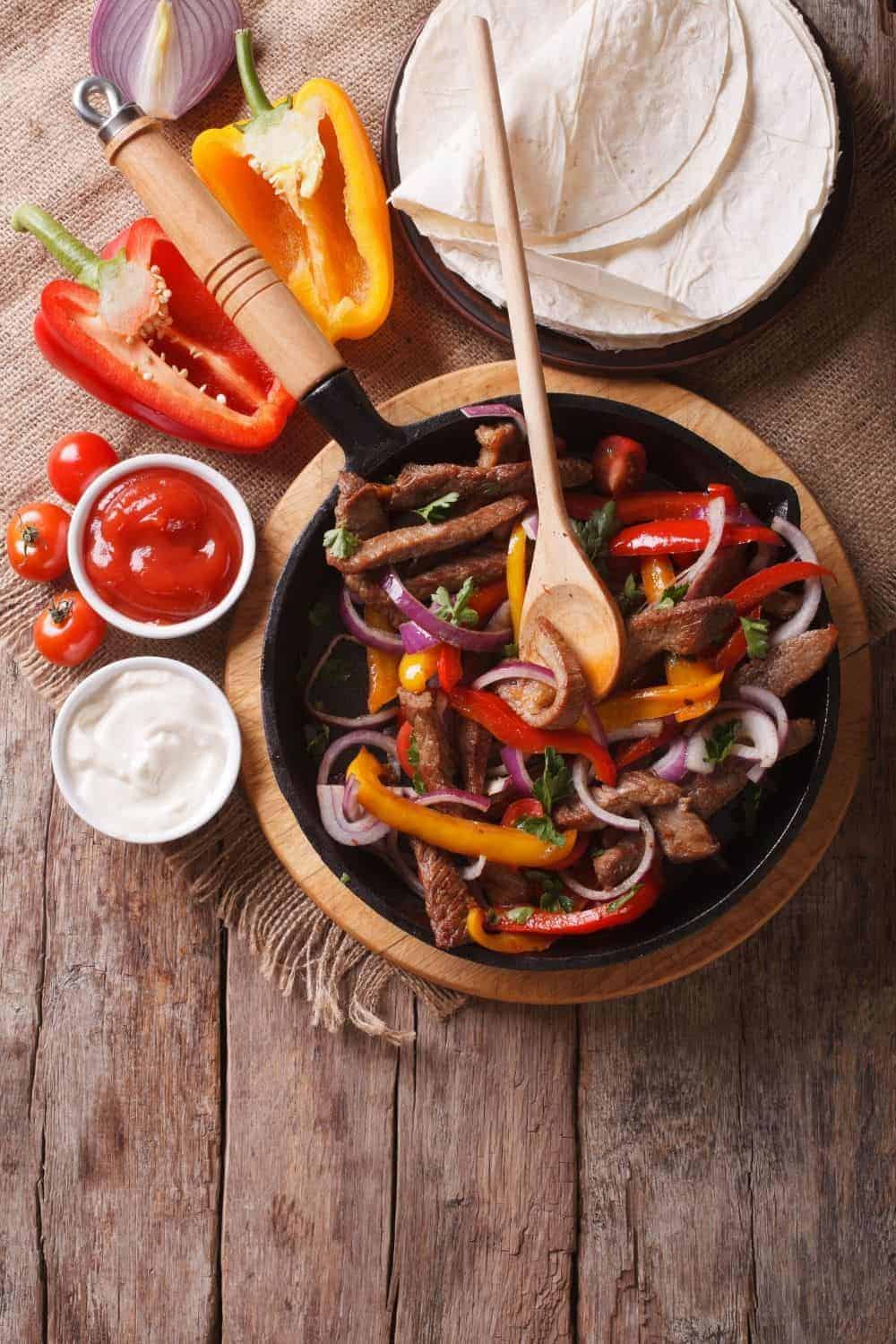 French onion soup is generally served as an appetizer to a multi-course meal. Due to its flavorful and creamy flavor profile, it often outshines the spotlight of your main courses. The dish is great when paired with hearty salad such as arugula, Caesar salad, and roasted vegetable salad. 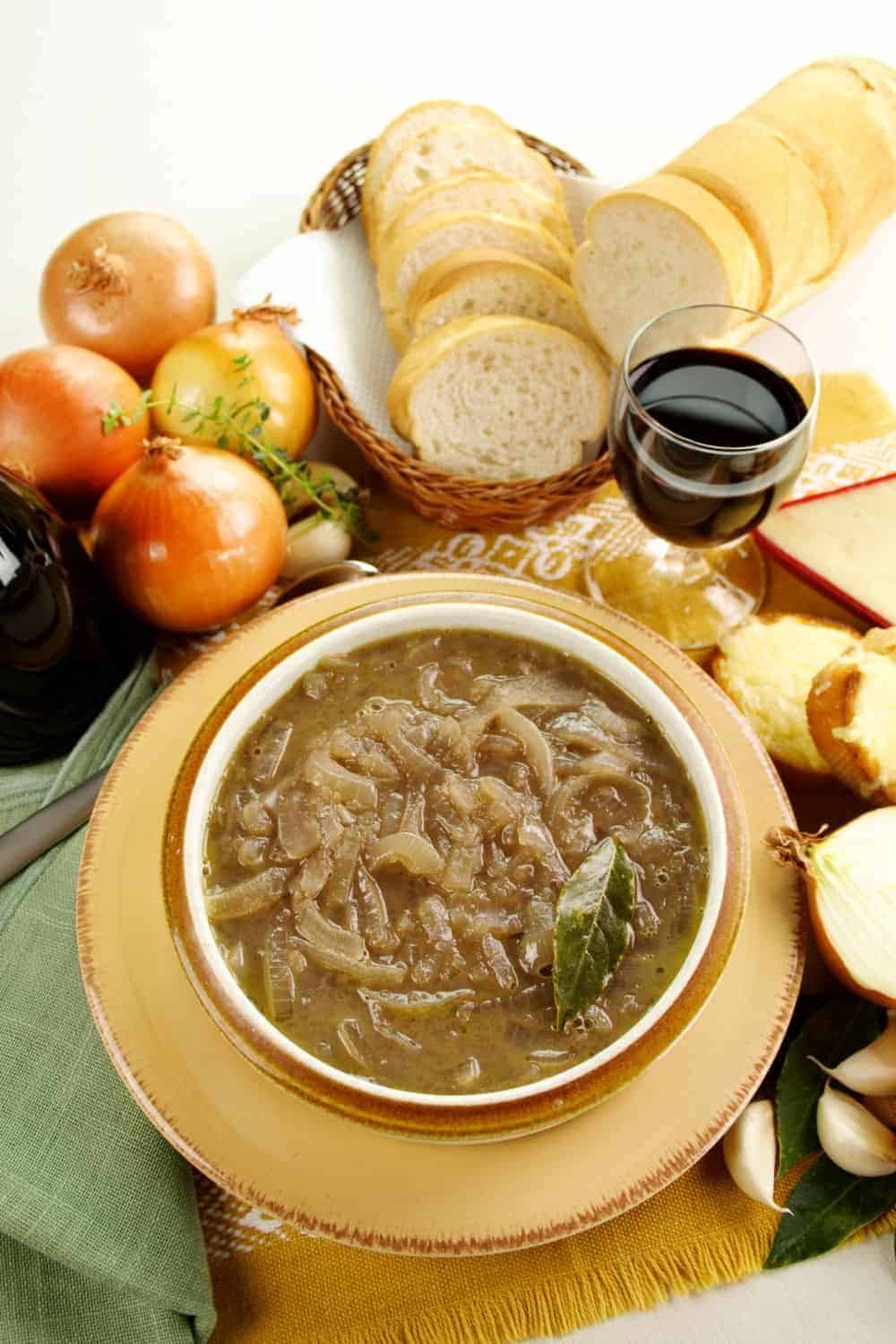 Feta is a kind of cheese made from either sheep or goat’s milk. It features a crumbly and has a slightly grainy texture with a tangy, salty, lemony, and rich taste that develops over time. You can include feta cheese in salads, soups or use them in pies and galettes. 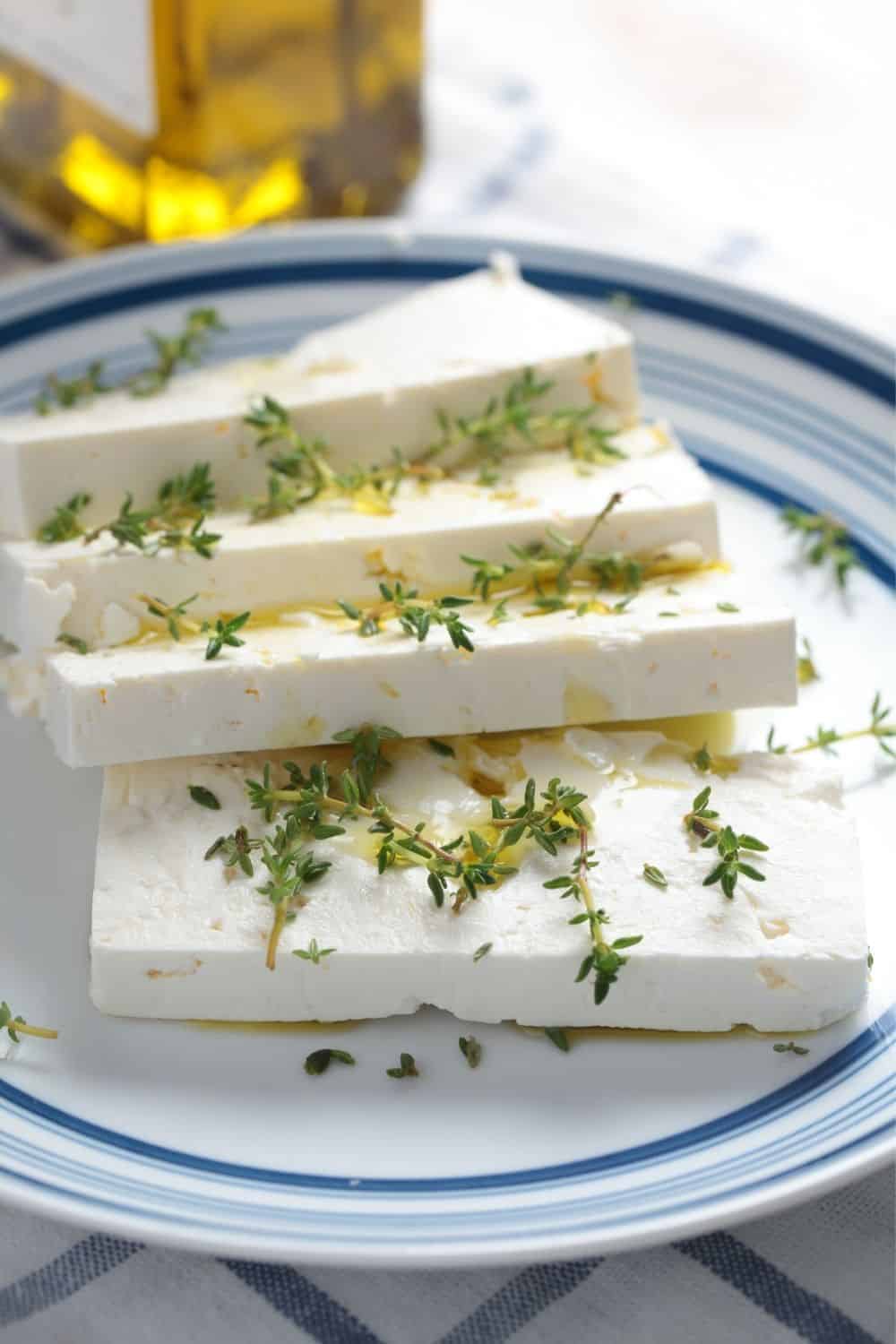 Fritters are a dish composed of bits of meat, seafood, vegetables, or even fruits coated with a batter and then deep-fried. 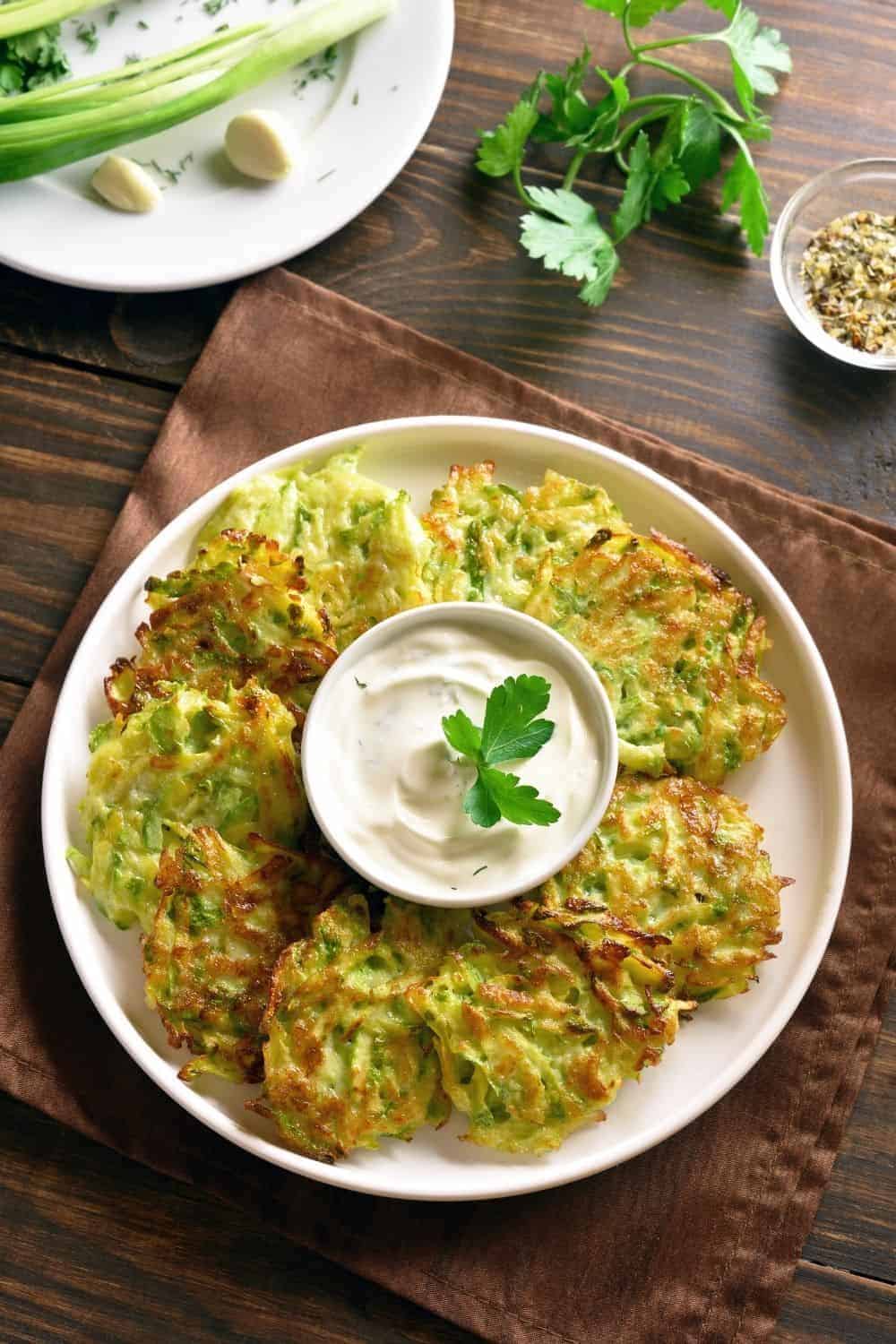 French bread is typically created from wheat flour, water, salt, and yeast. It is long and narrow and features crusty on the outside with a light and soft crumb. 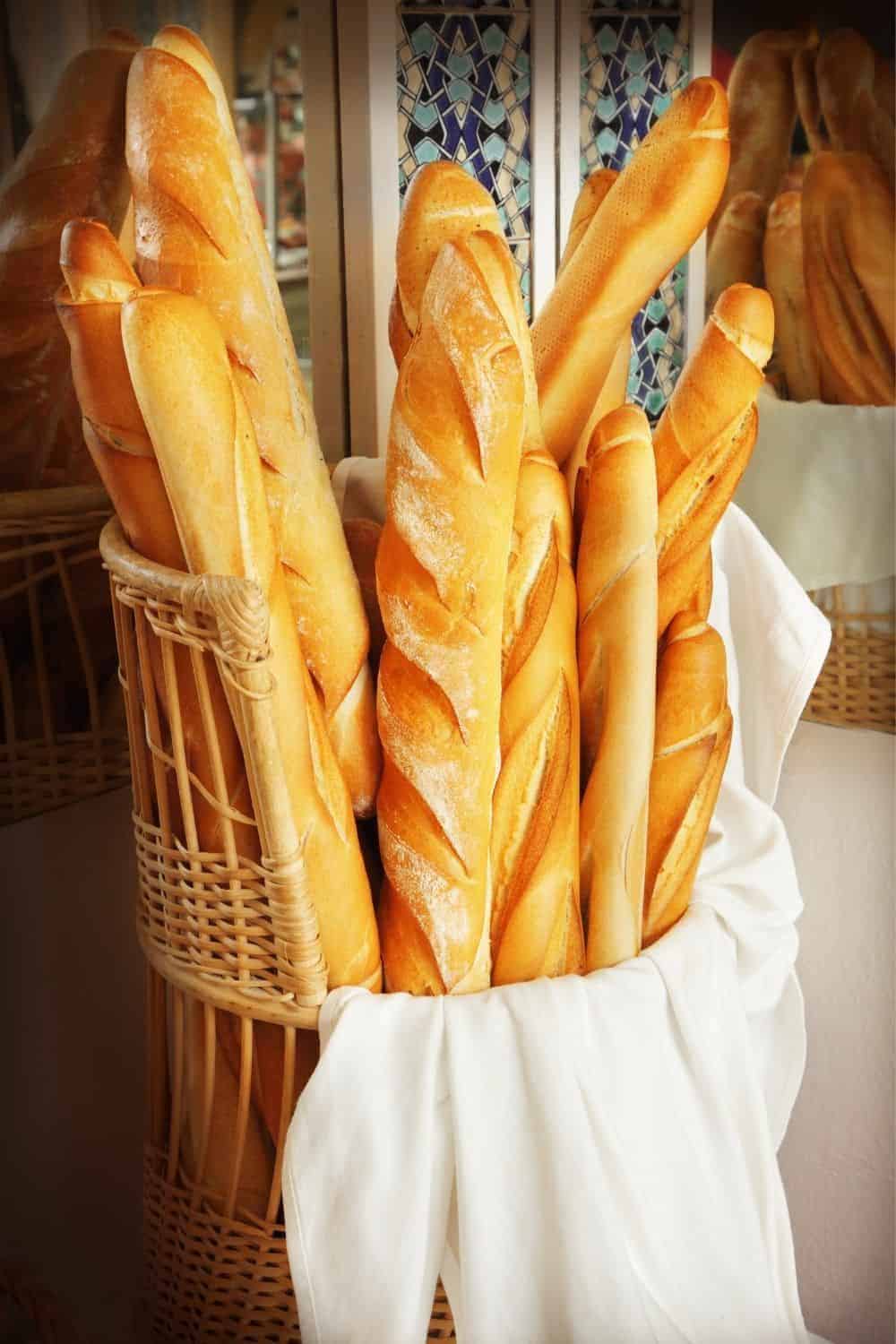 Farce or chicken farce is a mixture of ground raw chicken and mushrooms with herbs, spices, and other ingredients such as pistachio nuts, butter, parsley, and truffles. 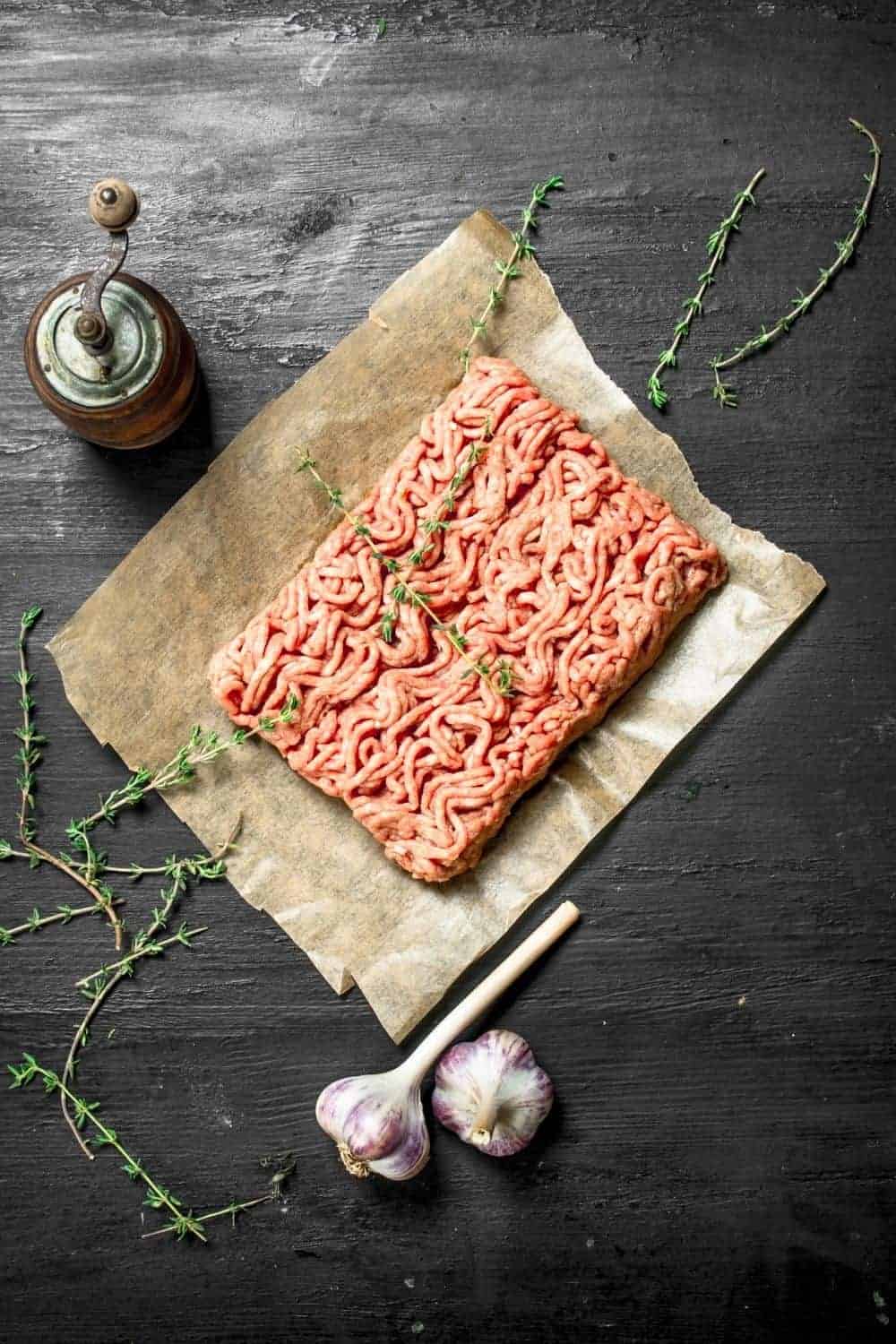 Frittata is an Italian dish that’s made mainly from eggs, seasoned vegetables, and cheese. It’s cooked slowly over a slow heat, unlike an omelet that’s cooked quickly at a high temperature. Frittata is perfect for brunches and able to feed large groups. 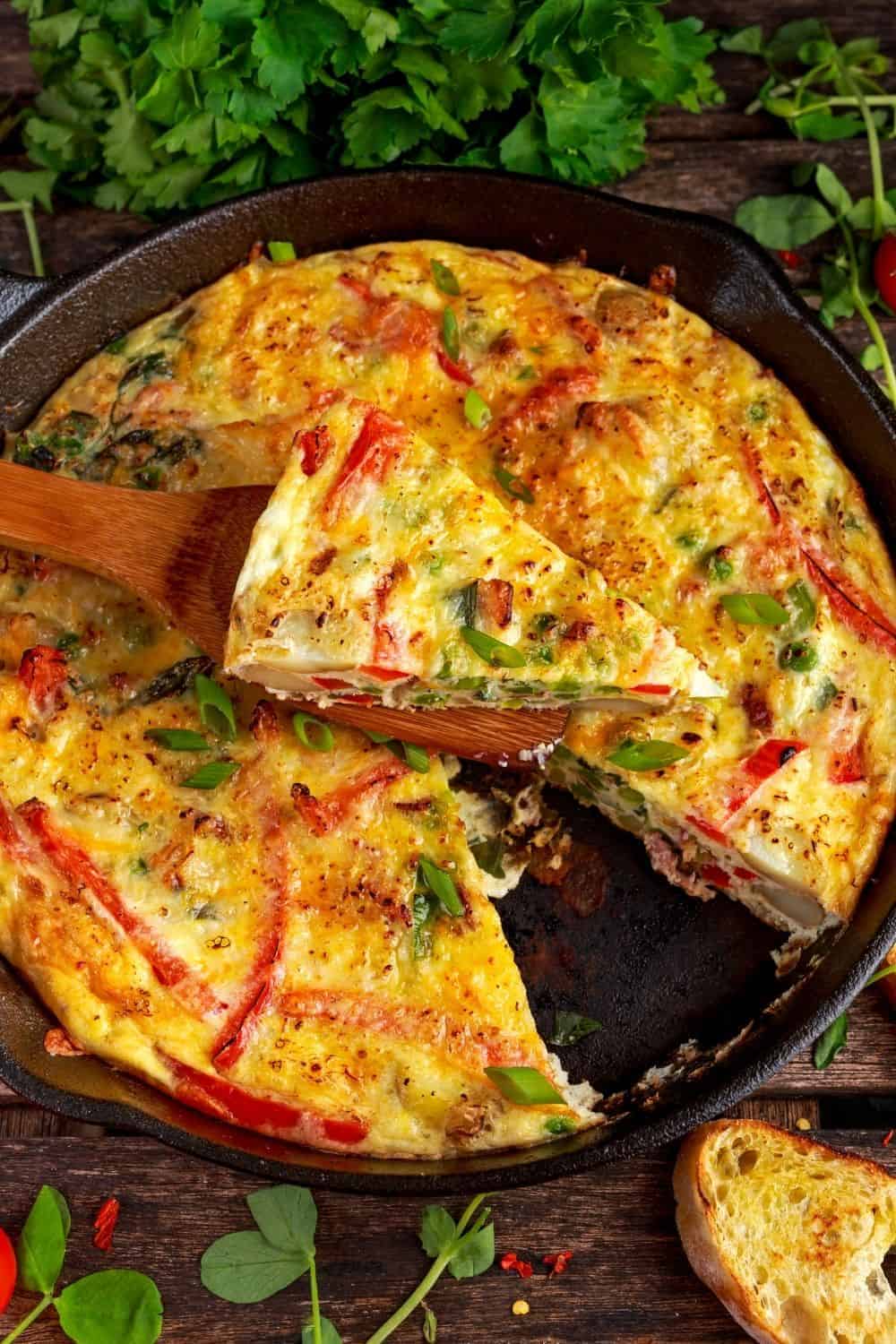 Fruitcake is one of the desserts to enjoy and serve during the holiday season. It’s a family favorite and quite a crowd-pleaser. A traditional fruit cake is mainly made from rum-soaked dried fruit, citrus zest, and candied ginger. Top with a light apricot glaze or whole pecans to improve its flavor and texture. 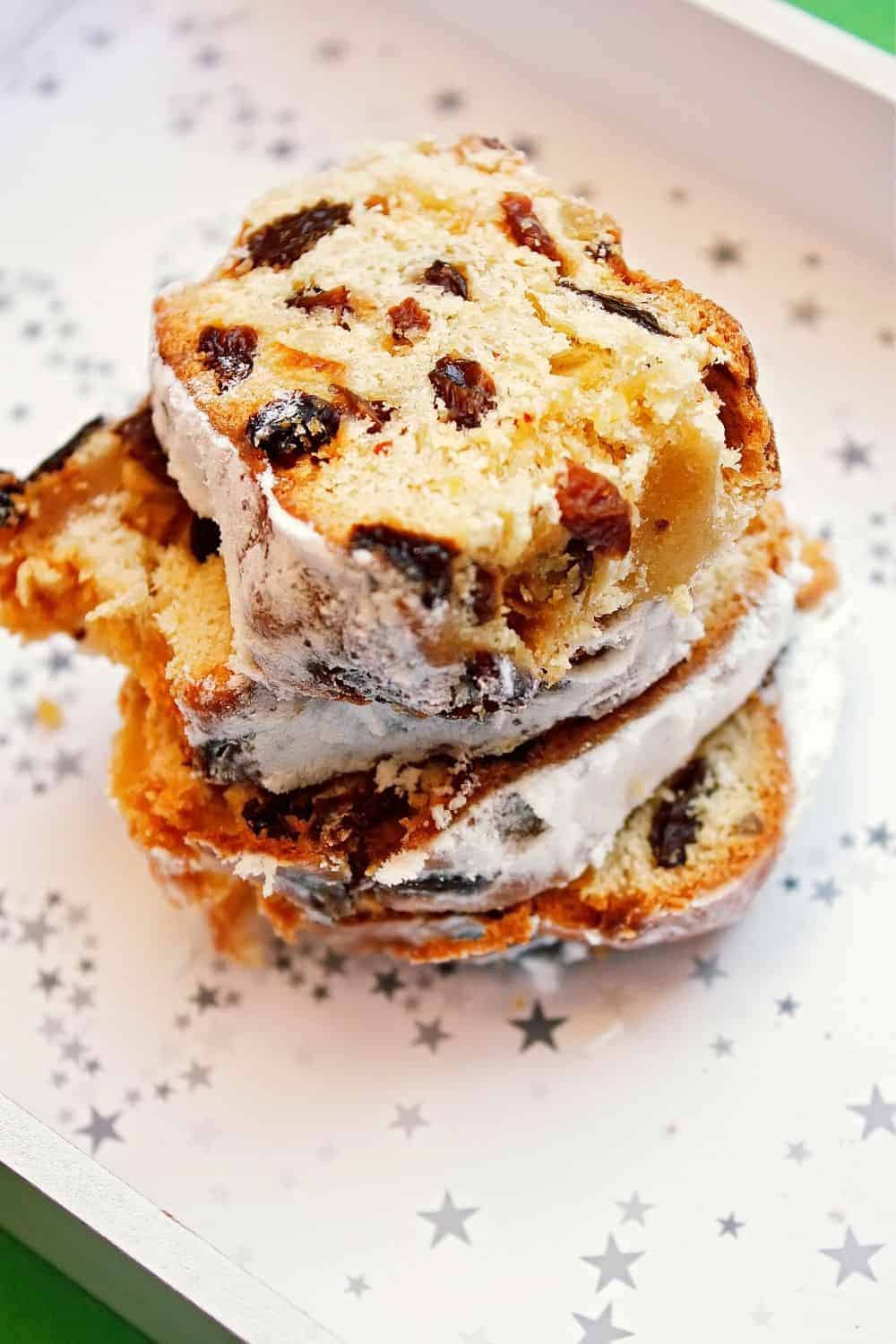 Frumenty is a type of hot porridge created from wheat or barley cooked in milk or broth with cinnamon and sugar seasonings. It’s a popular recipe found in medieval Western European cuisine.

Fricandeau is a kind of dish made from beef loin or veal that’s being larded, braised, or roasted. The recipe is often surrounded by potatoes and other vegetables like grilled asparagus. If you’re running out of veal, you can use pork and other meats as a substitute. 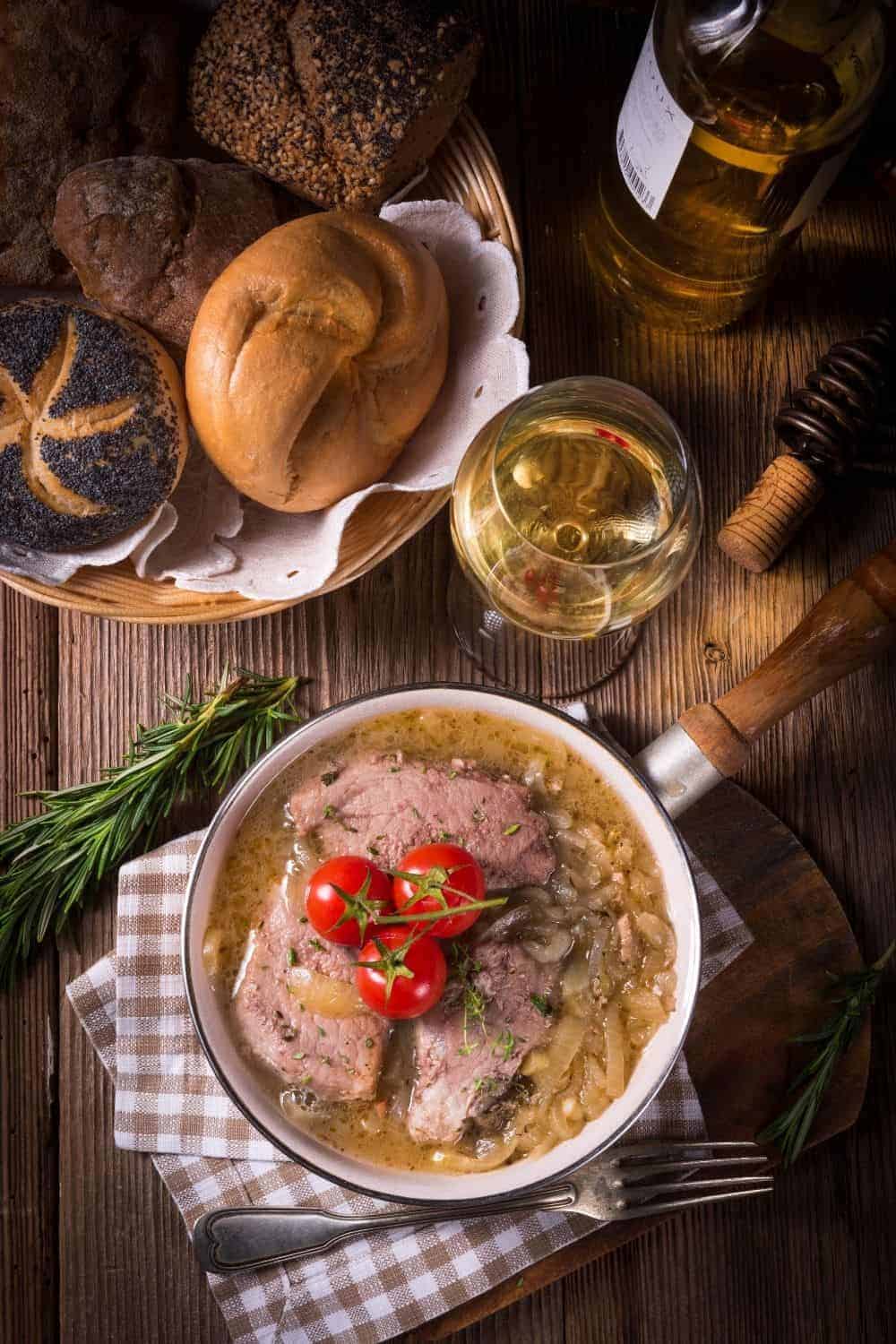 Frapper is a sweet, refreshing beverage that combines milk and espresso. It’s served with whipped cream and sweet toppings. 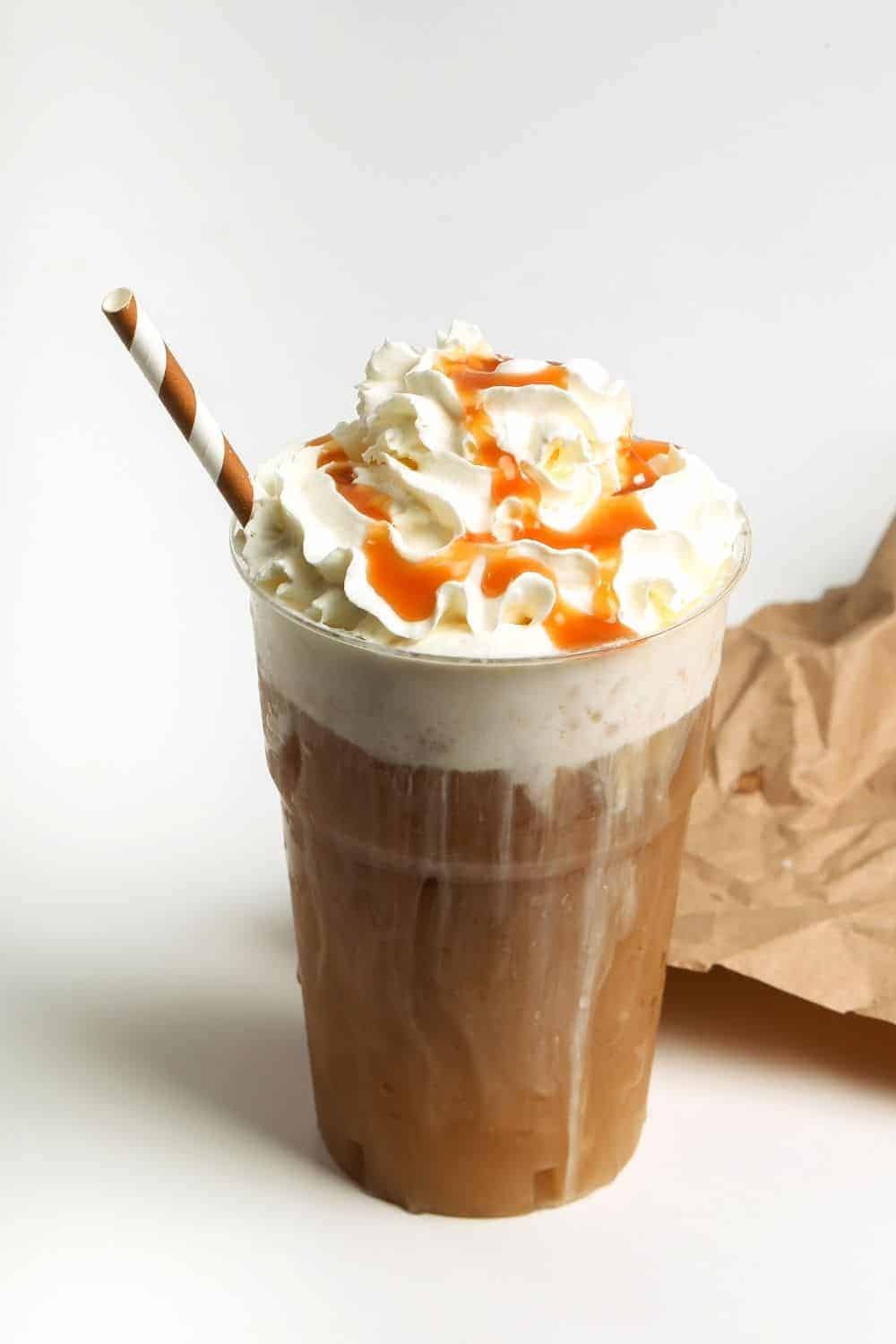 Fish is a staple food that many food enthusiasts love throughout the globe. A few of the species known in the food world are catfish, crawfish, salmon, and COD. Fish can be cooked or eaten raw like sushi. 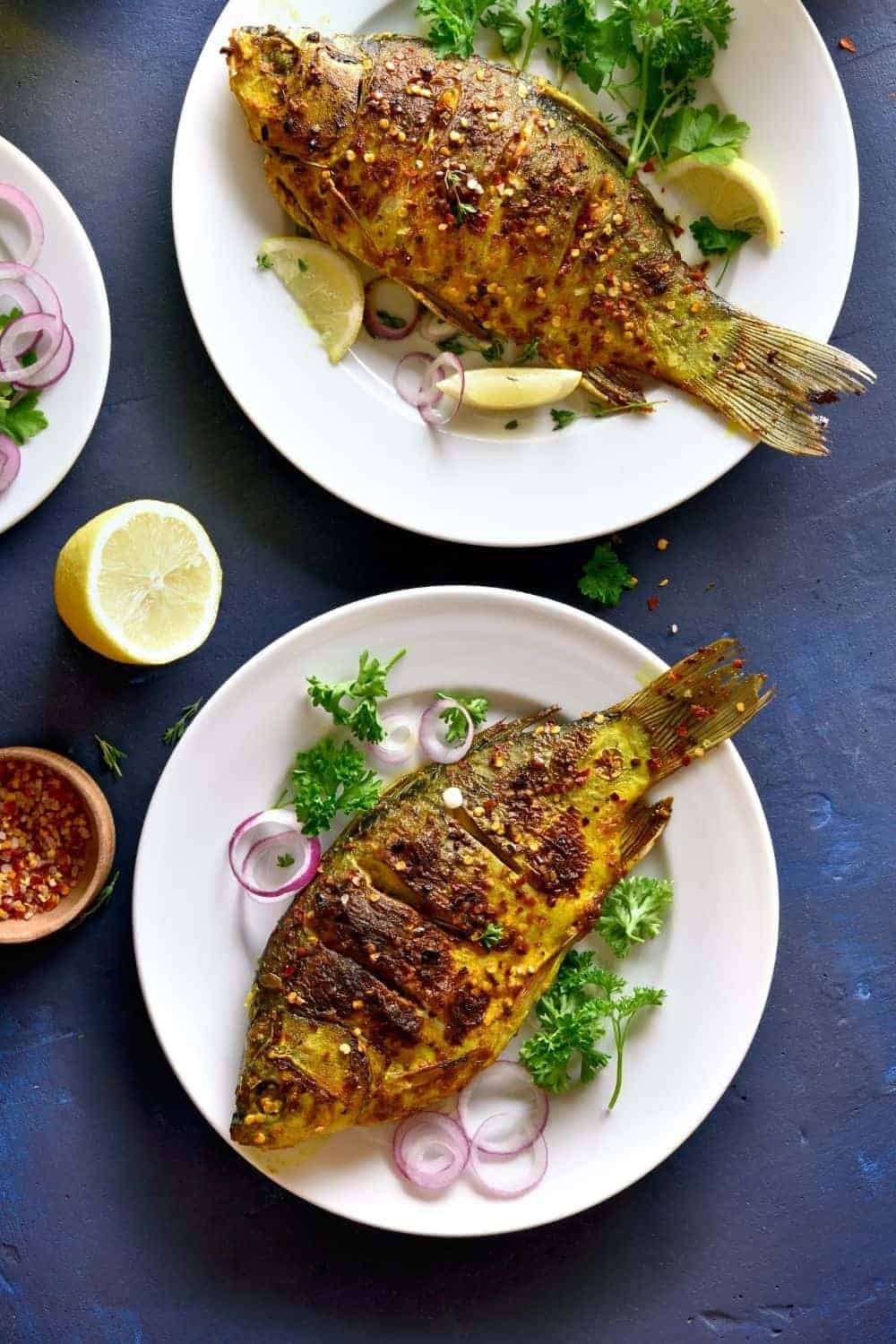 Fairchild tangerine is a hybrid of Clementine mandarin and Orlando tangelo. It’s smaller than most oranges, but the fruit features a rich and sweet flavor with a few seeds. You can use it in salads, desserts, and main dishes. 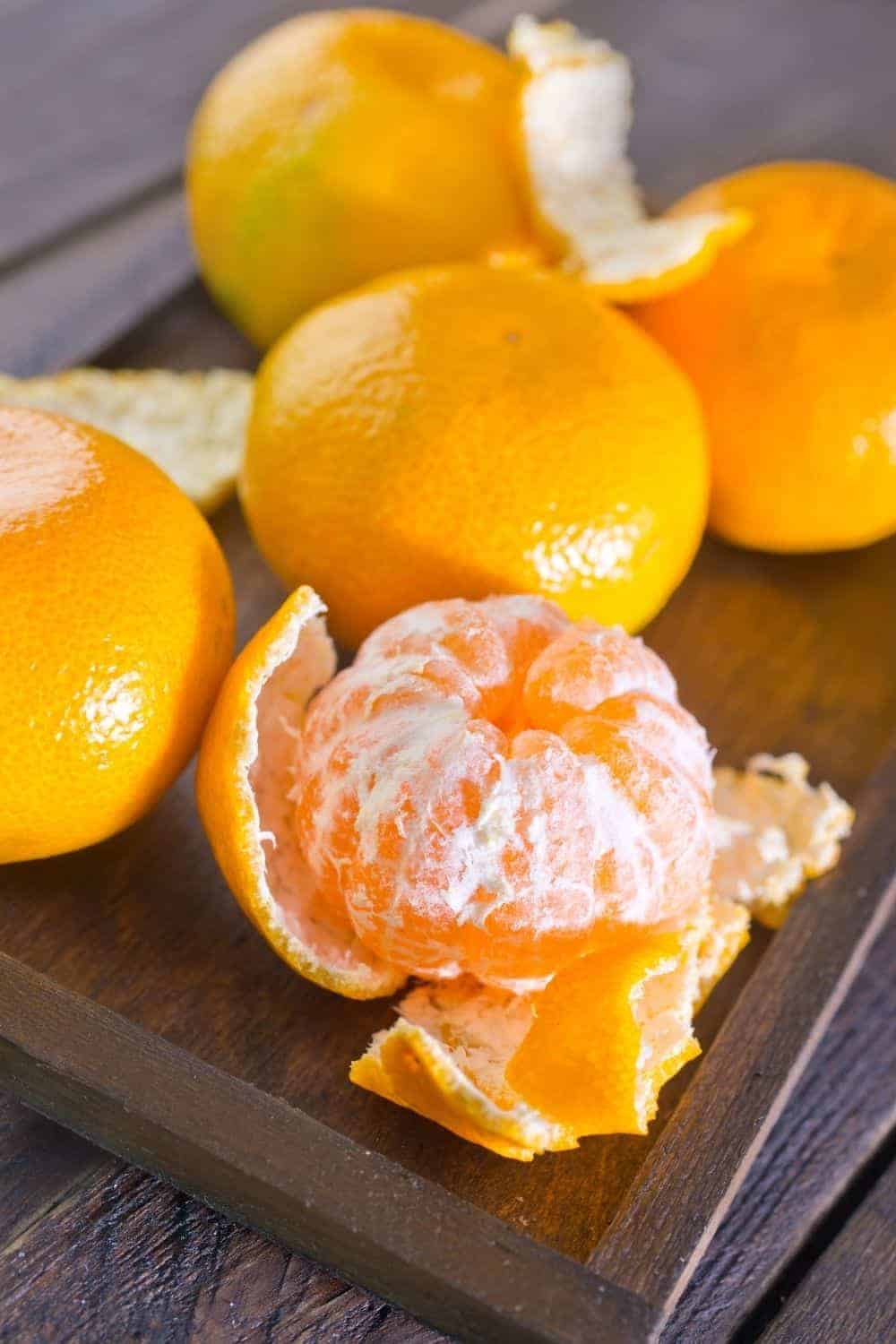 Also known as pineapple guava, feijoa is a fruit that comes from Acca sellowiana, a small tree or shrub in the myrtle family. It can be found mostly in southern Brazil, northern Argentina, western Paraguay, and Uruguay. Its flesh and pulp can be eaten raw and be included in puddings, dumplings, pies, fritters, and cakes. 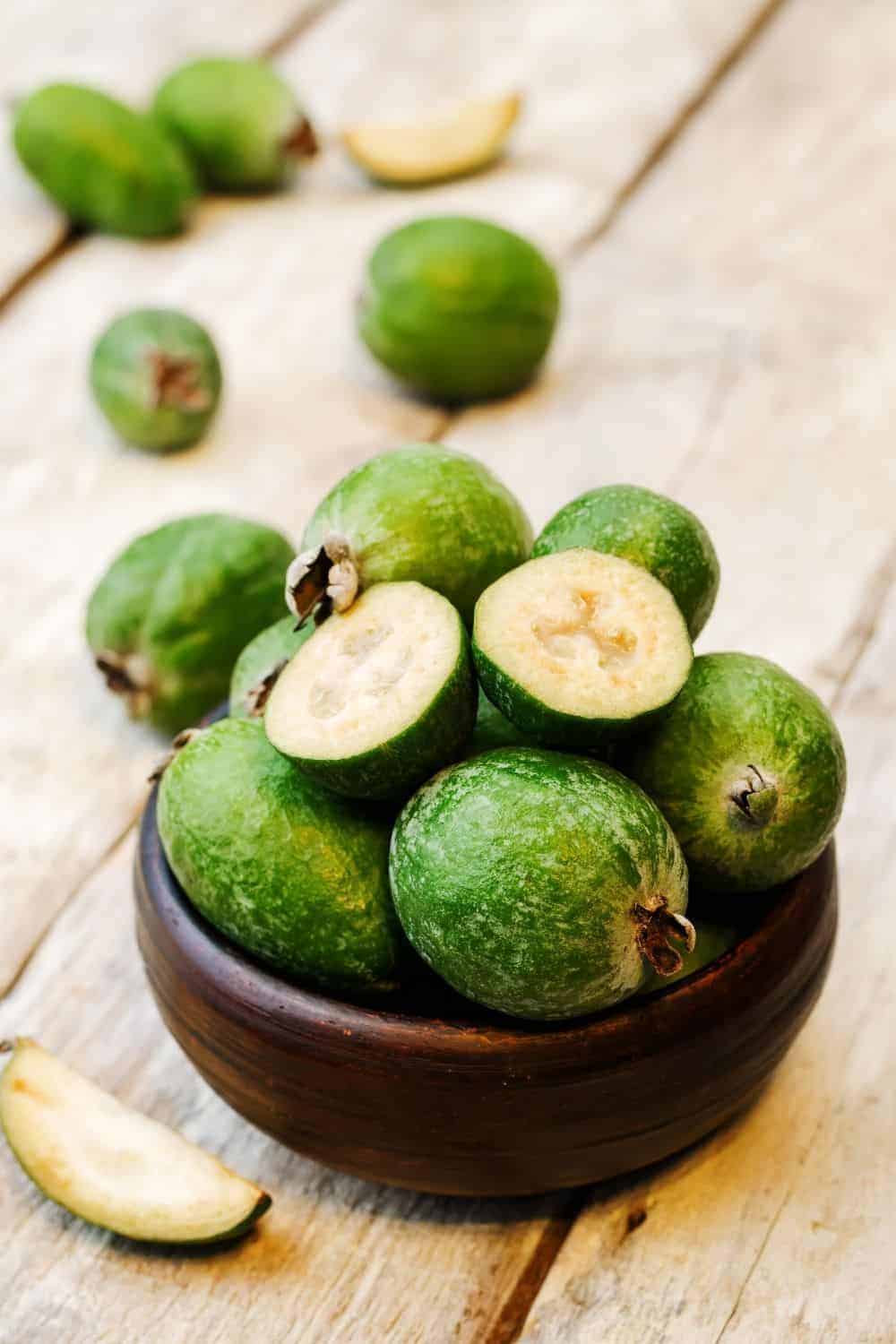 Fengyuan eggplant is a member of the nightshade family, Solanaceae. It’s long and slender in size with a mild and sweet flavor when cooked. This type of eggplant is best for grilling, stewing, roasting, and even baking. 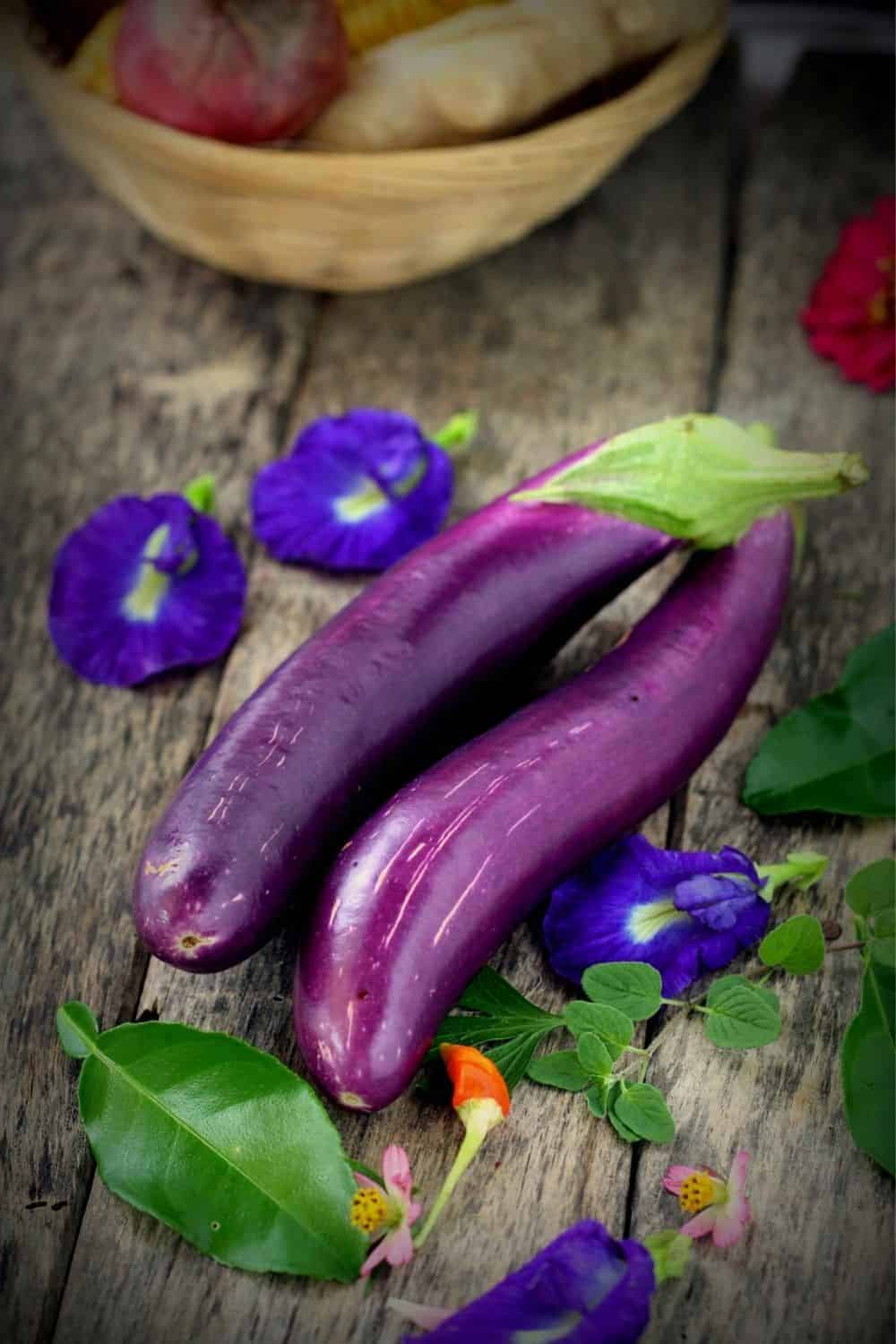 Fennel is a vegetable that comes from the carrot family. It’s native to the Mediterranean region and one of those popular vegetables used in Italian cuisine.

It has a mild flavor and crunchy texture, perfect for sauteing, braising, and baking. 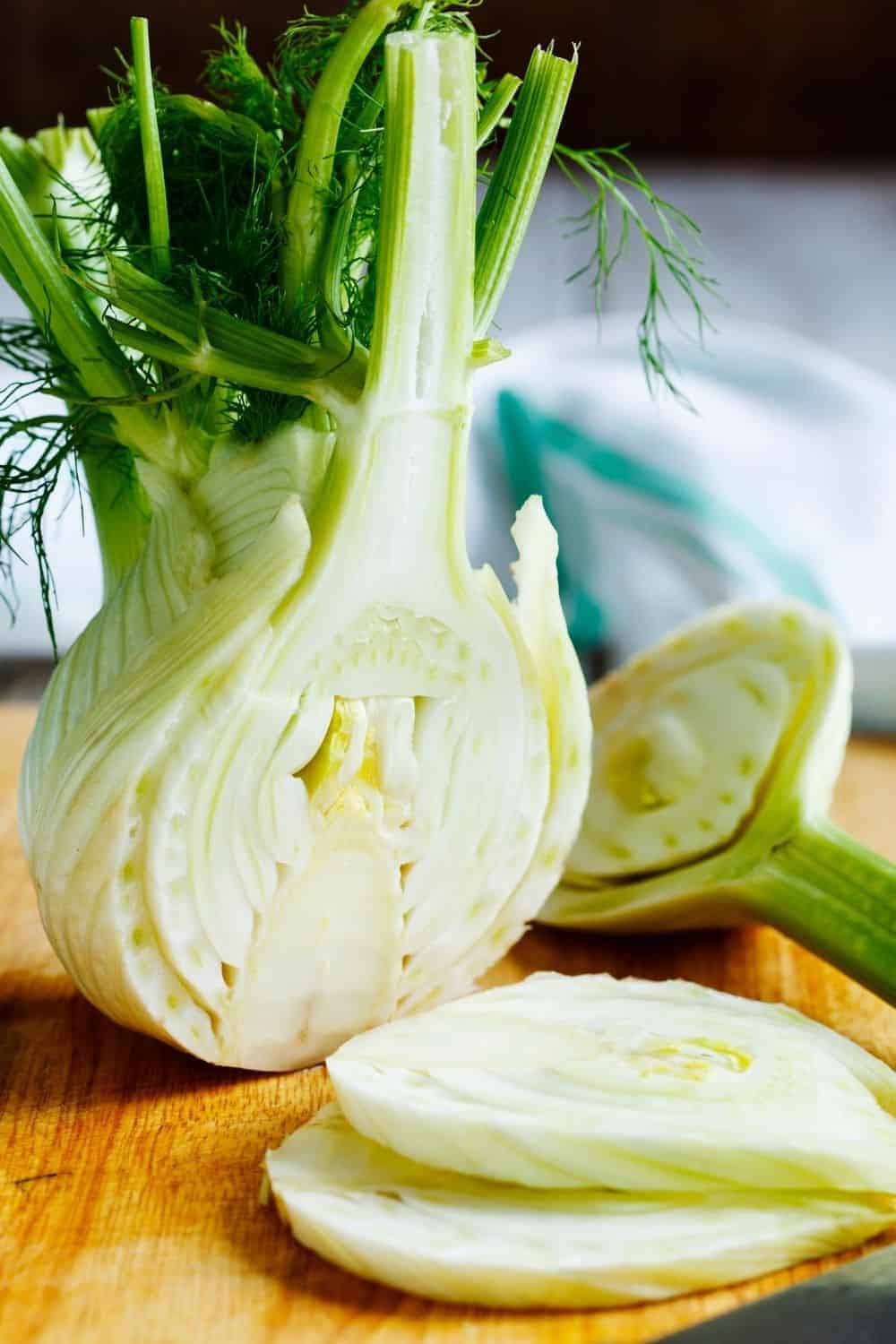 Fenugreek is a type of plant that belongs to the Fabaceae family. It features a distinctive maple syrup flavor and subtle bitterness. The plant is an essential ingredient for several dishes, especially in Indian recipes such as aloo methi (Indian curry), methi dal (stew), and sprouted fenugreek salad. 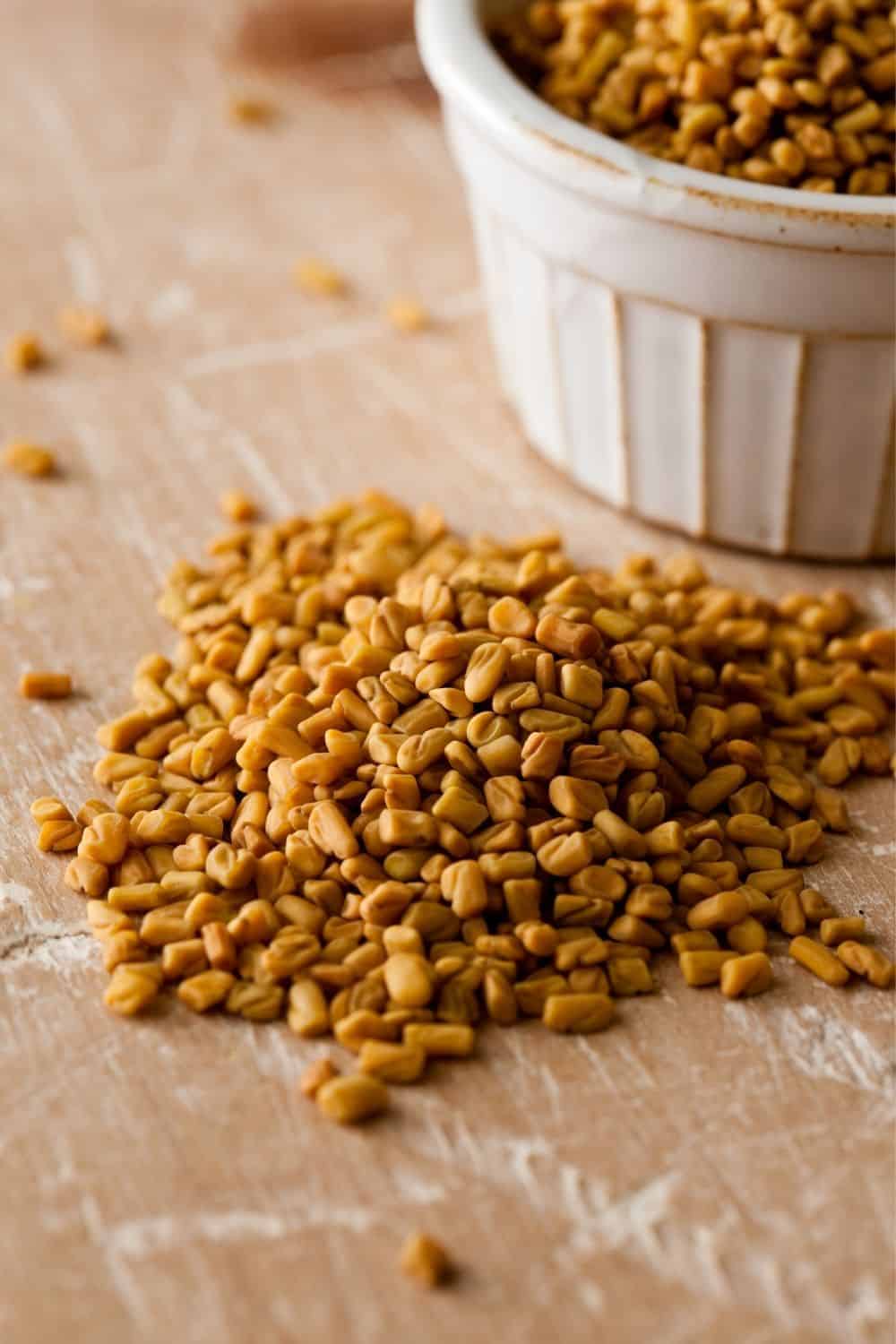 Whether you’re trying to answer the question for a game or you’re just curious about those food items, everything that you need in this guide is right here!

What are you waiting for? Add them to your next grocery shopping list now!

How to tell if asparagus is bad (plus the niftiest tips on keeping it fresh!)
← Previous
How to reheat oatmeal (Uncover three of the smartest methods)
Next →
Click here to cancel reply.