If you’re like me, then you probably love to try different types of seafood for its unique taste and texture. The octopus is one such seafood that truly takes the cake when it comes to seafood that most people are hesitant to try.

However, I’m here to tell you that once you take a bite of grilled or fried octopus, you’ll want to have it again and again. Whether you have raw octopus, grill it, roast it, or have it in your sushi, salads, noodles, pasta, or ceviche, it will taste divine!

So, are you wondering what does octopus taste like? Well, read on to find out! 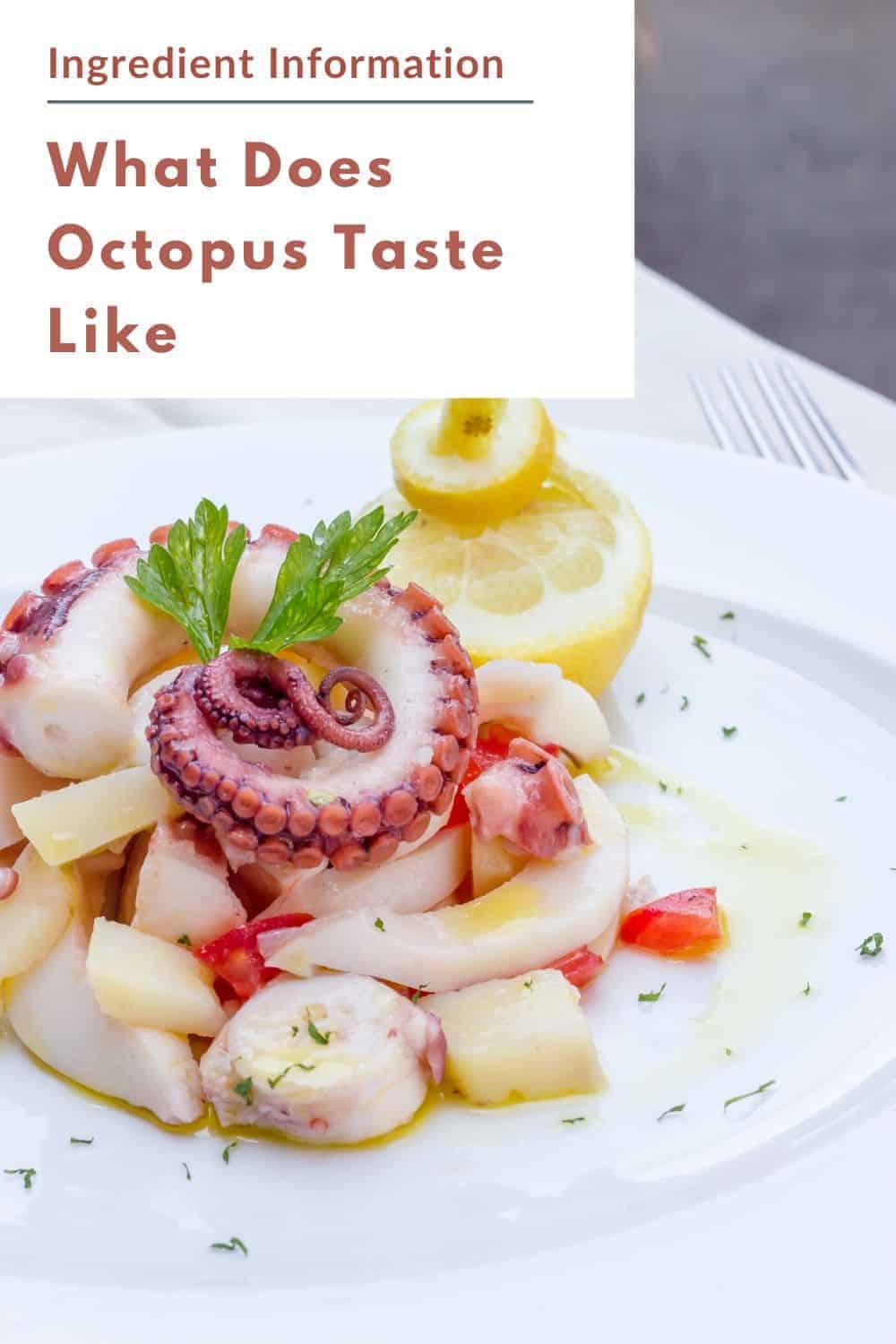 Contrary to popular belief, an octopus isn’t slimy, tough, or chewy, unless it’s over or undercooked. When it’s cooked properly, an octopus has a somewhat similar texture to lobster. As for its flavor, the octopus has a bit of a bland, indistinguishable taste, which allows it to take on the taste of whatever you cook it with.

The flavor of octopus is also a bit like chicken. When it’s cooked properly, the meat is tender and light. If you want to taste the real octopus flavor, then you can try live octopus; it has a slightly sweet flavor.

Many Asian communities, especially Koreans, prefer to eat their octopus alive! This prepared dish is called Sannakji in Korea. It entails a small octopus that’s chopped into small pieces and is seasoned with salt. It is accompanied with sesame seeds and sesame oil dip.

You’re supposed to chew on the tiny pieces of tentacles as they’re still alive. Chewing them thoroughly ensures that they don’t stick to your throat!

Some people prefer eating pan-fried octopus, which fried at a high temperature, and octopus salad, which includes fresh veggies, boiled octopus, shrimp, red paprika, and pineapples. Everything’s chopped into bite-sized pieces. You can drizzle some olive oil and lemon juice to bring out the flavors in the salad.

You can also have grilled or roasted octopus. Another great way of preparing octopus is to simply cut it into small pieces and boil it for two minutes. After that, pour a generous amount of soy sauce on the octopus pieces and stir-fry them with onions, red and green peppers, and a blend of spices. This dish is called spicy octopus or NakjiBokkeum and is served with noodles or warm cooked rice.

Are Octopus and Calamari the Same Thing?

People often confuse octopus with calamari. However, they are not the same thing! Calamari is a type of squid and its meat is much tougher than octopus meat, which is tender when cooked correctly. Furthermore, the flesh of calamari is smoother than that of an octopus. Also, the octopus flavor is much lighter than the flavor of calamari. 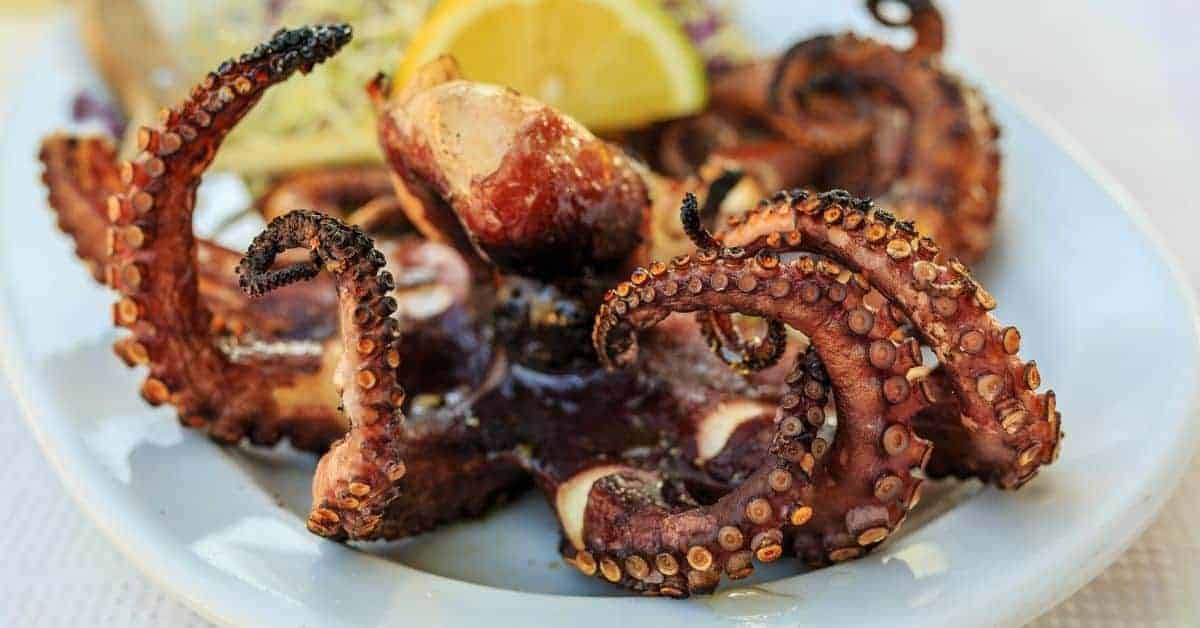 Here are some helpful tips that you can use when cooking an octopus:

Here are some tips on buying an octopus:

I hope that this article has answered your question, “What does an octopus taste like?” The taste of the octopus largely depends on whatever you cook it with. On its own, it has a very mild flavor. If you are cooking octopus for the first time, use all the tips mentioned above to enjoy its juicy and tender meat.

What does lychee taste like?
What Is Fleur de Sel And Why Is It Expensive?
What Are Heirloom Tomatoes?
What Does Fontina Cheese Taste Like? Here's the BEST FAQ! 🧀
What Are Leeks And How Do You Use Them?
What Is Caster Sugar? FAQ, Recipes, And More
What Is Masago?
What Are Rice Noodles? Learn All About This Amazing Noodle
What is falafel? And why you can’t go wrong with it!
What Is Cumin and What Does It Taste Like?
What Is Codfish? The BEST FAQ For Taste, Texture & More 🐟
What Is Napa Cabbage? And Is It The Same As Chinese Cabbage?
Click here to cancel reply.