There are only a few specific tips for cooking bacon in the microwave that you need to learn.

Over the years, I’ve heard people say that cooking bacon in the microwave is just unseemly. Well, I’m here to tell you that those folks are wrong. They just weren’t doing it right! 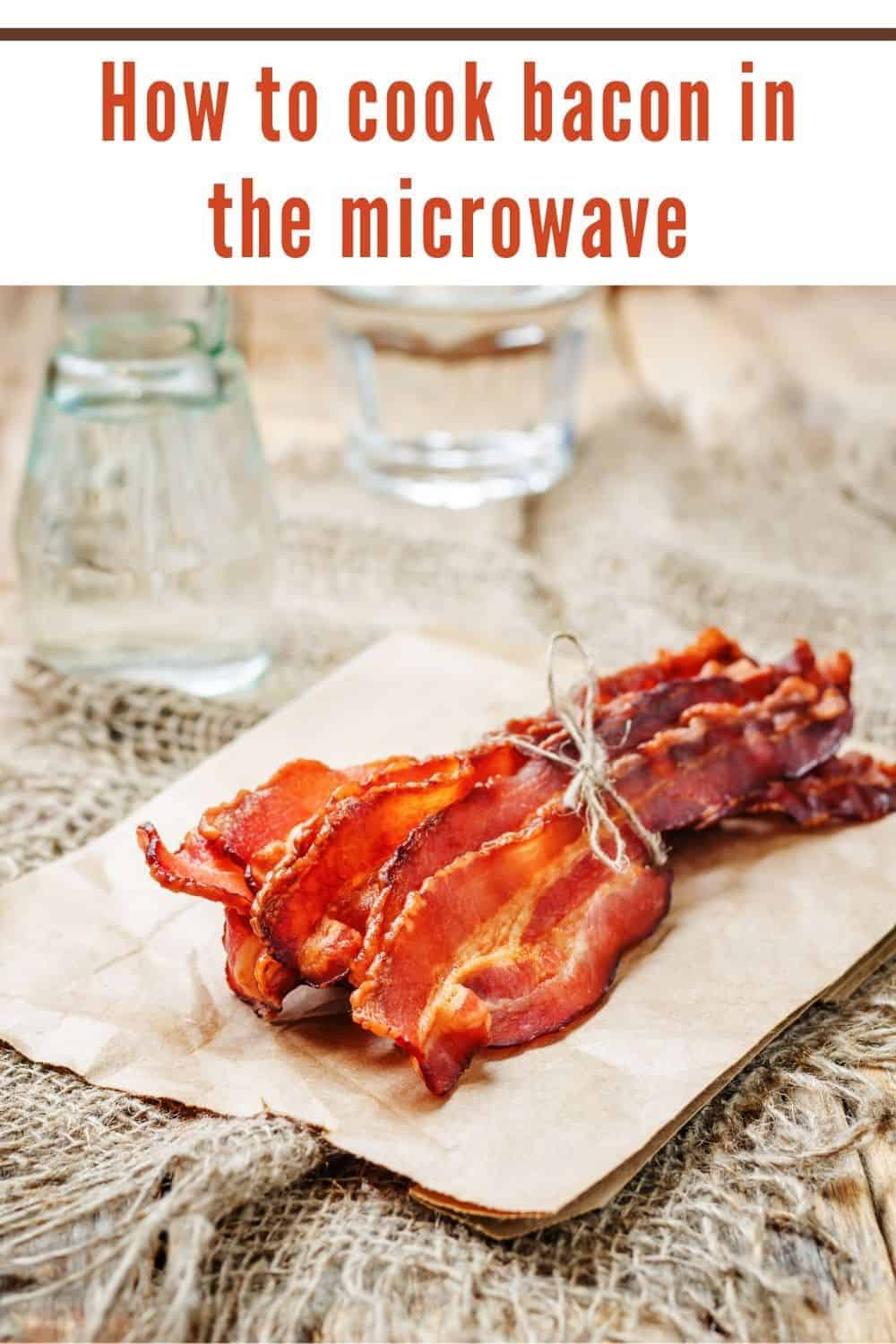 Is bacon cooked in the oven better? Yes, of course. But let’s be honest: Sometimes we simply don’t have the time, or we don’t want to heat up the house!

I’m also a big fan of fine food that is perfectly prepared. Also, I’m an aficionado of simple cooking that doesn’t make as much mess and is fast. Sometimes cooking things in an ideal way is a luxury that we can’t afford.

The good news is that bacon in the microwave is delicious. We do it all the time!

I have a saying that I just randomly made up years ago: “Bacon is my favorite fruit!”

People say to eat more fruits and vegetables, and I can only concur. I would eat my weight in arugula if I could, and trust me, I have tried.

No matter how healthy I’m trying to be, I can’t quit bacon, though. So if anyone gives me a hard time, I tell them that bacon is my favorite fruit. That somehow always ends the conversation. 🙂

How long to cook bacon in the microwave

The average cook time for bacon in the microwave is one minute per slice on high.

Cook times will also vary based upon the microwave, but we recommend starting with one minute per slice. Then check the bacon and continue cooking in 30-second increments until you reach your desired level of doneness. 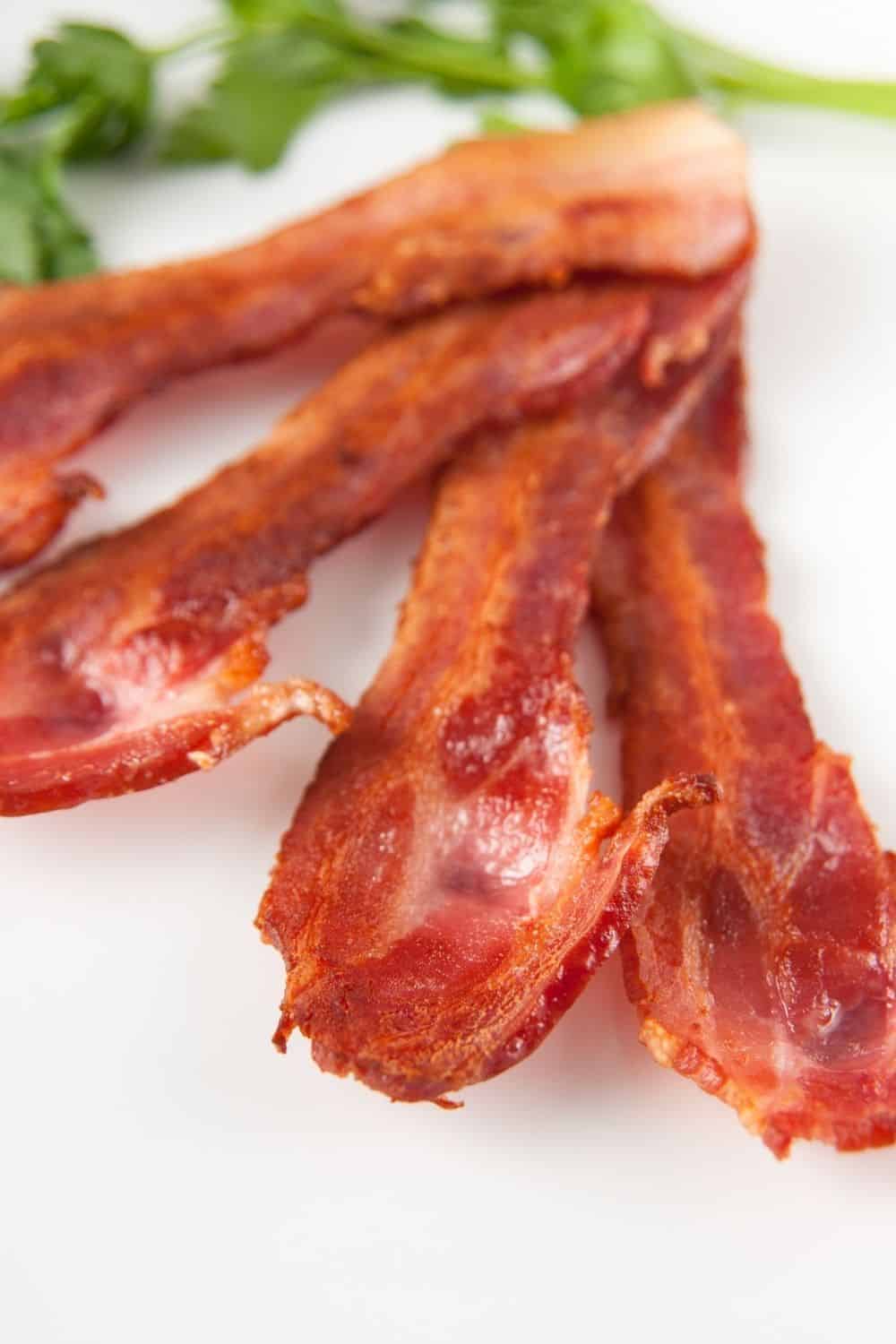 Does bacon get crispy in the microwave?

Bacon doesn’t get as crispy in the microwave as it would if you were to fry  or bake it. However, it does crisp up quite nicely, considering how convenient it is to cook bacon in the microwave.

Can you cook a lot of bacon at the same time?

Yes, you can cook a lot of bacon at the same time in the microwave. The trick to cooking more bacon is to layer the bacon between paper towels.Depending on your dish’s size, you can lay out bacon atop a layer of paper towels, then cover that with more paper towels and repeat up to 4 layers of bacon. 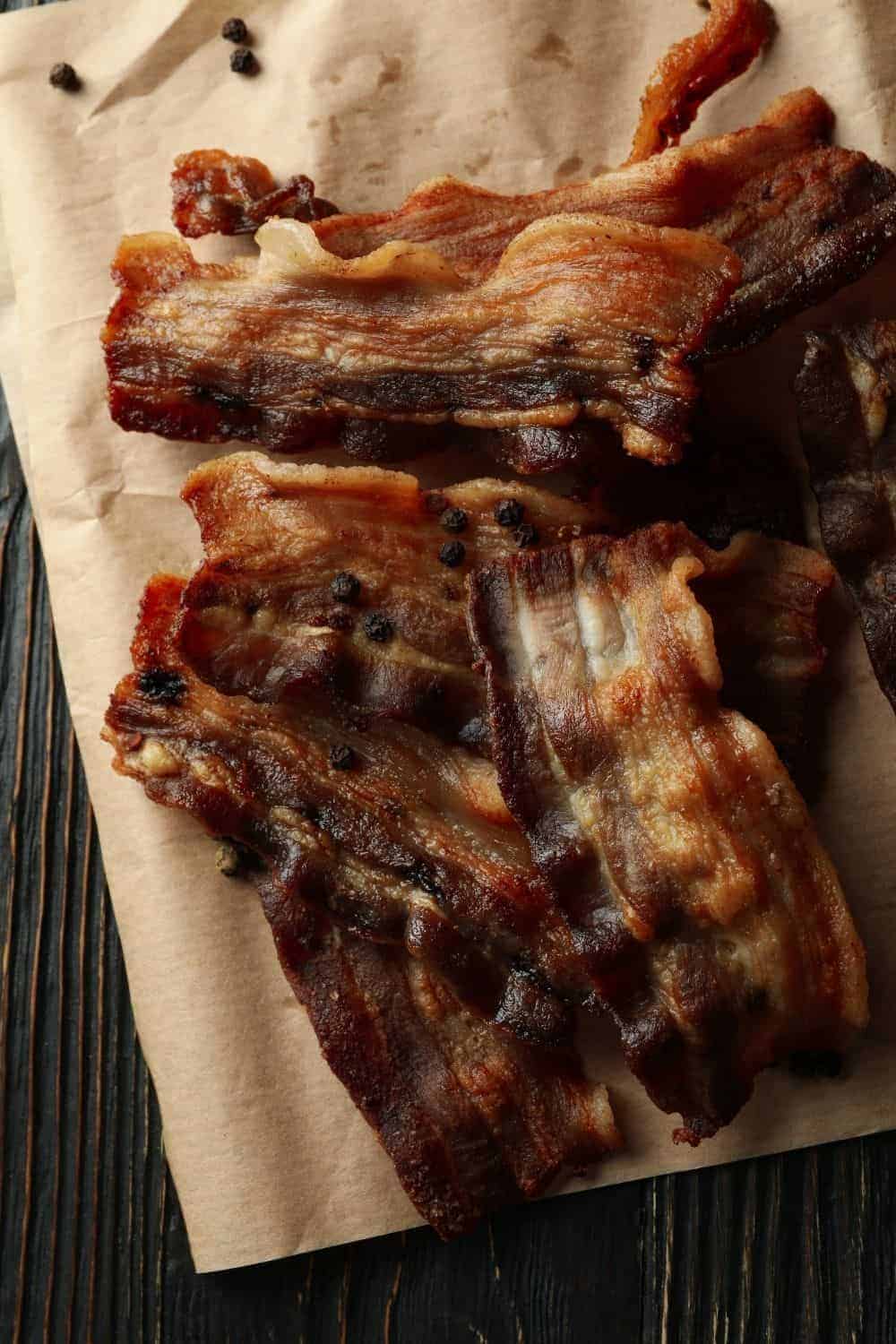 How to cook bacon in the microwave

Step 1: Cooking bacon in the microwave is super fast and easy to do. Start by gathering all the supplies that you need. 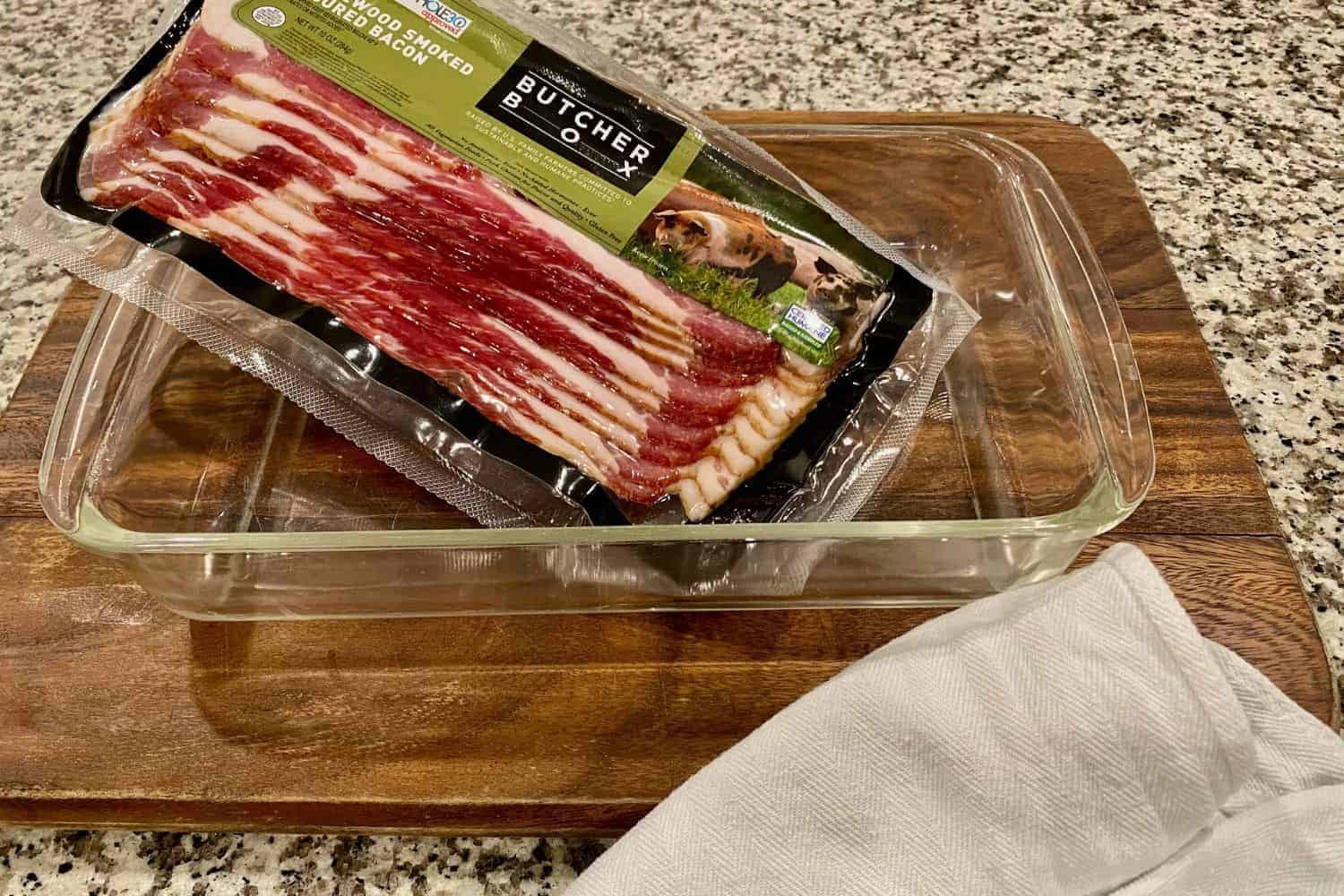 Step 2: Line your baking dish with four pieces of paper towels. I suggest four because you want enough to absorb the bacon grease and promote even cooking. 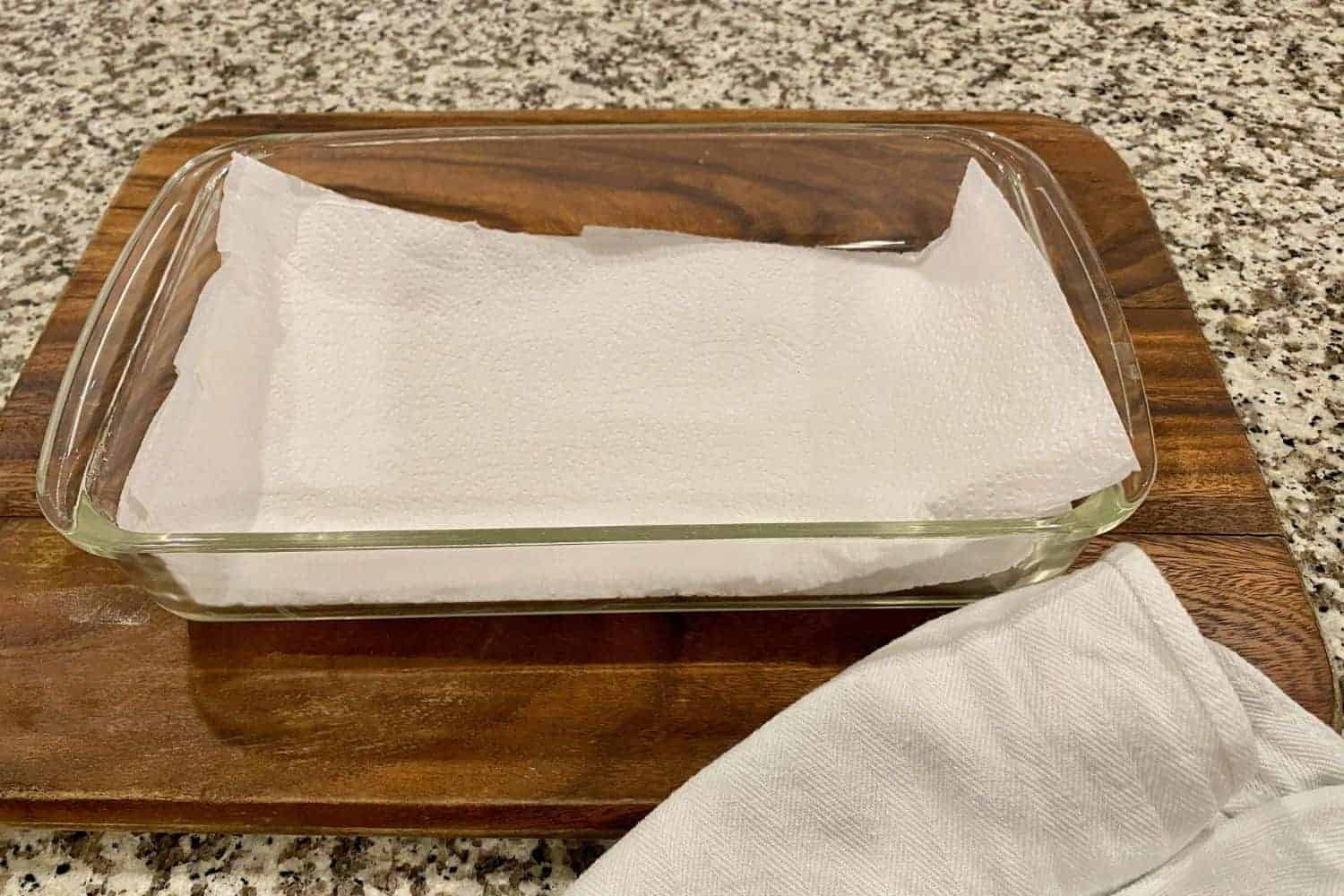 Step 3: Lay the bacon slices out on top of the paper towels. We cut our bacon in half and then lay it out. The size of the pieces and orientation of the bacon is completely up to you. Be sure to allow space between the pieces of bacon. This space helps the bacon cook more evenly. 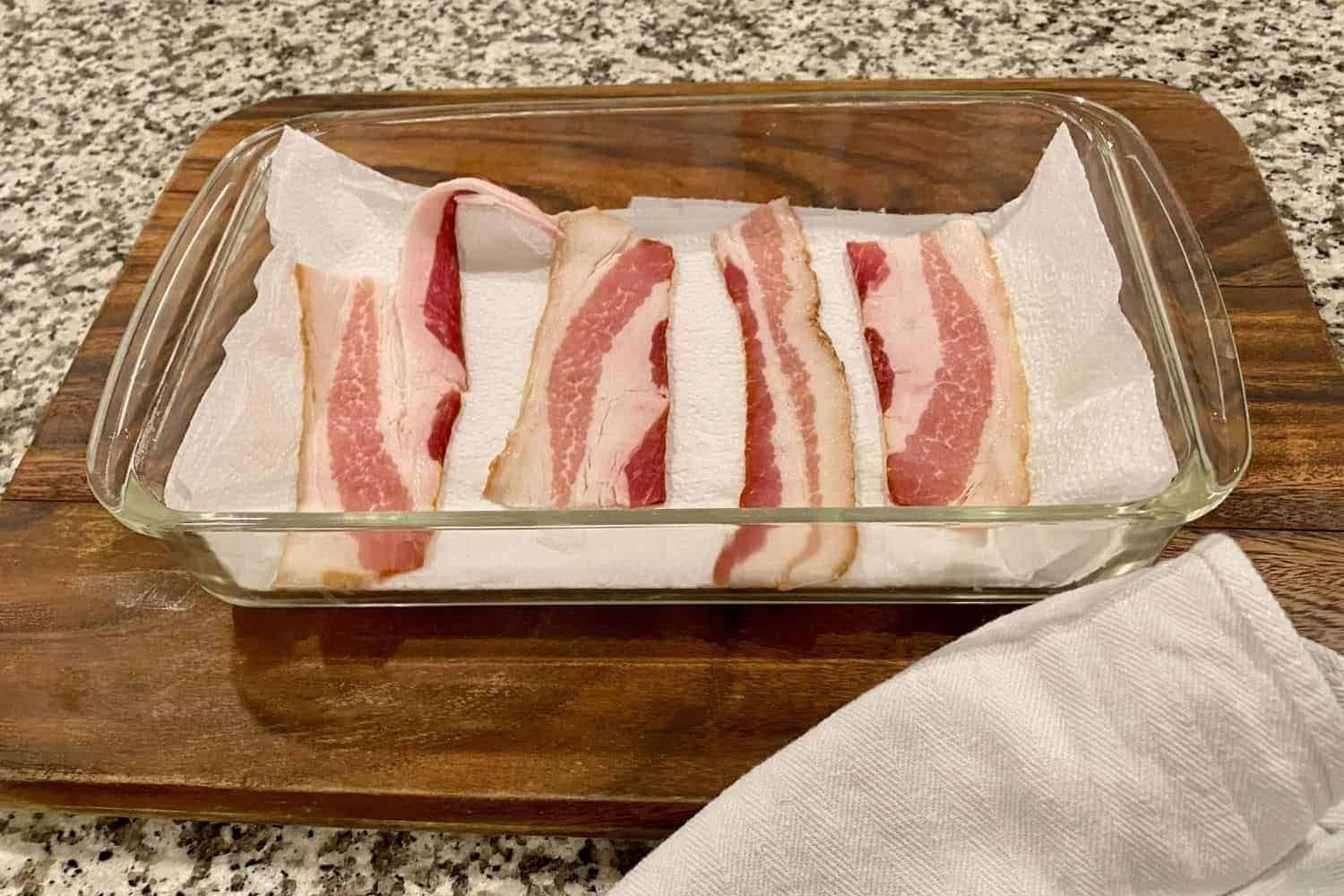 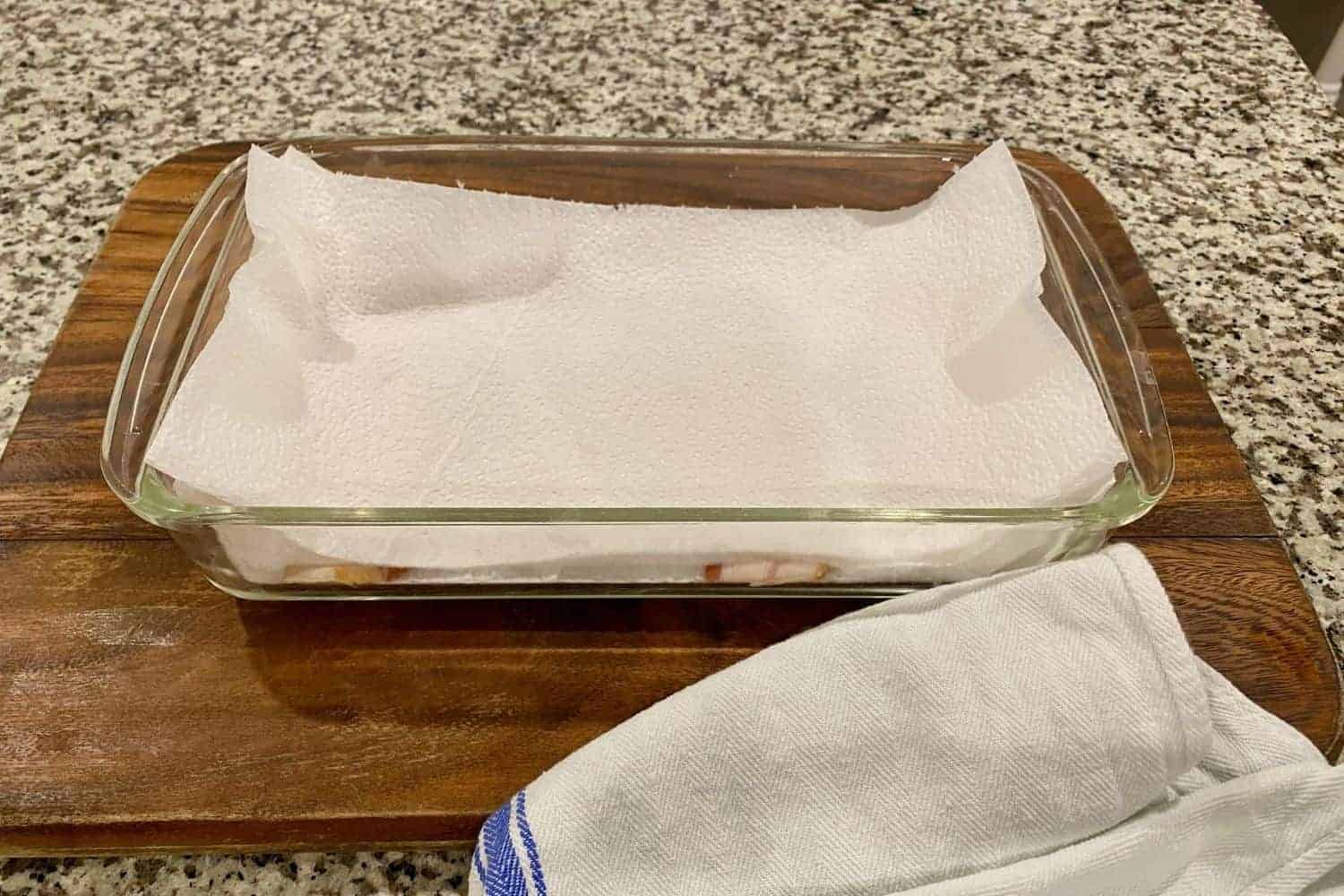 Step 5: Place the baking dish of bacon in the microwave.

Step 6: Cook the bacon on high for one minute per slice.

Step 7: Carefully lift the paper towels and remove the bacon from the dish. Serve the bacon as desired. 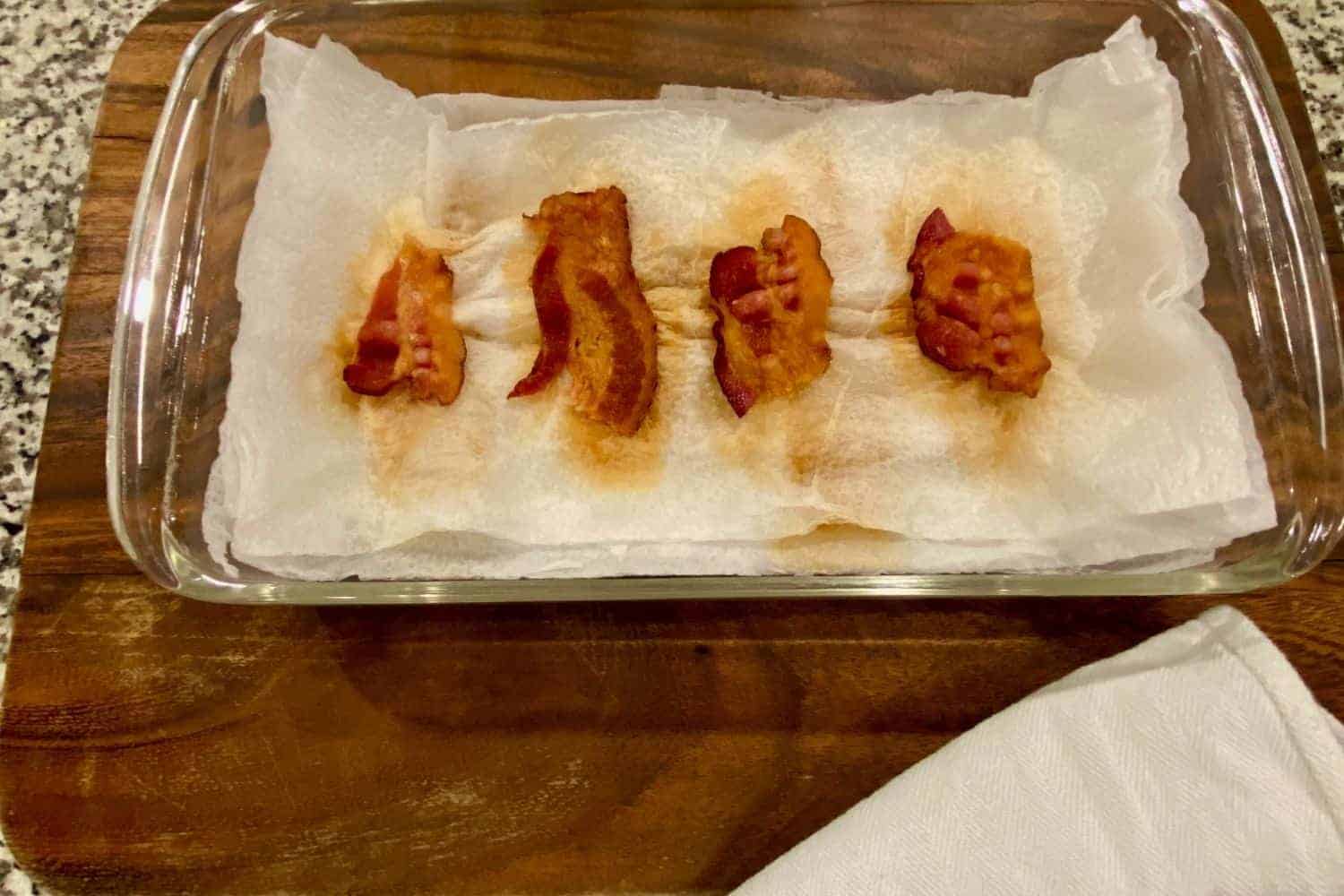 Cooking bacon in the microwave is super fast and easy to do.

One of the advantages of using paper towels as we do in our bacon recipe is that they absorb the bacon grease. When you remove the bacon from the baking dish, it shouldn’t be dripping in grease. Instead, it will be hot and ready to eat!

How to Store Avocado
How to Clean Silicone Baking Mats the Easy Way
Can You Freeze Pesto? Here’s Everything You Need to Know
How To Dice A Tomato In 5 Easy Steps
How to Reheat Quiche and Keep It Tasty!
How to Sanitize Your Sink (Step-by-Step)
Seasoning a Cast IRON Skillet the Easy Way
How to Store and Cut Green Onions
How To Cook A Sweet Potato In The Microwave
How to Clean and Break Down a Whole Fish at Home
How to cook spaghetti squash in the microwave
How to Froth Milk using a Microwave
Click here to cancel reply.