This cinnamon butter recipe is so easy to make and delicious that you will want to keep it on hand at all times. We love to spread cinnamon butter on hot biscuits or even on our cornbread.

I don’t really know why on earth it took me so long to make this recipe. But once I did, well, let’s just say that I am a happier gal.

Now the trick is to not overindulge in yummy biscuits. 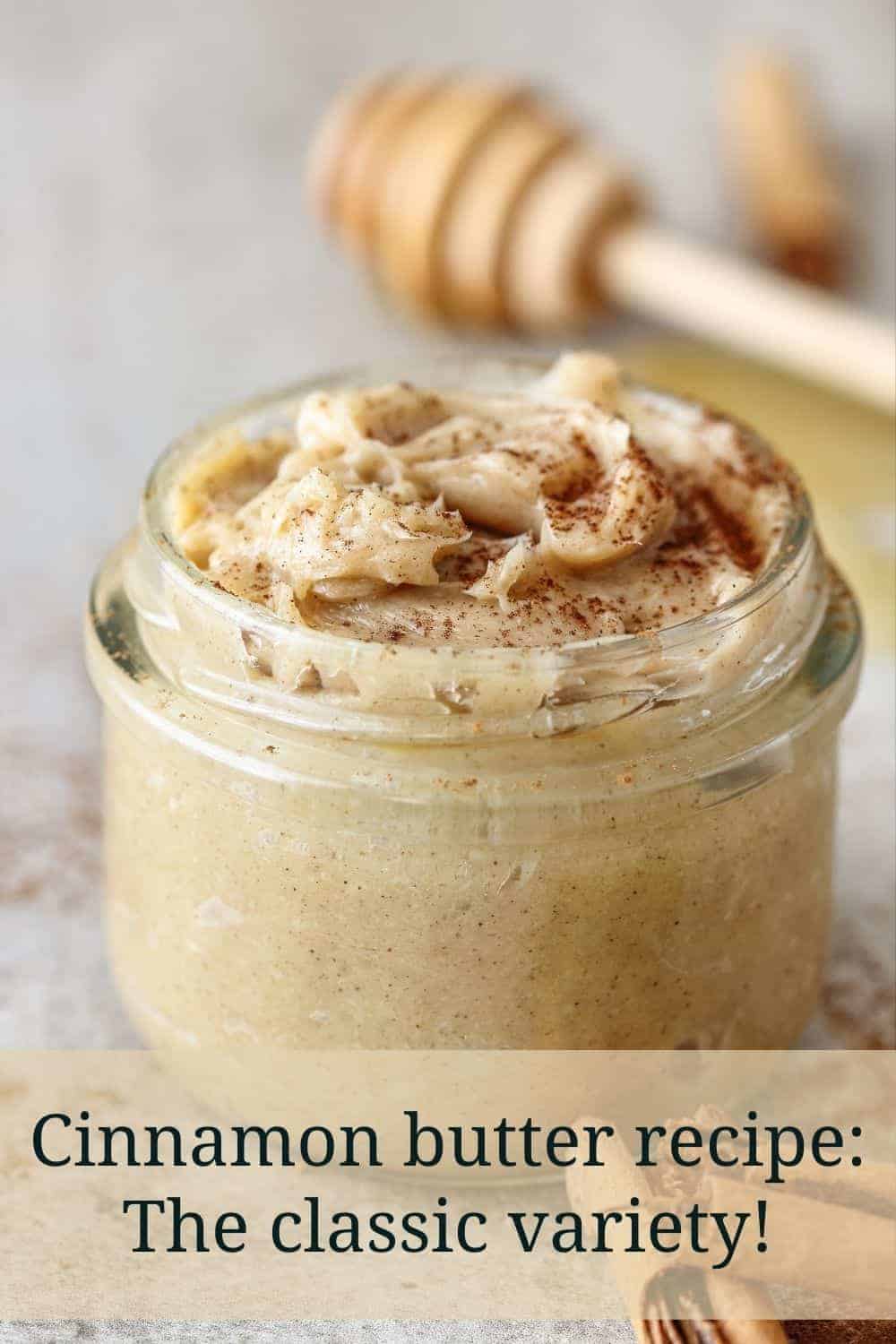 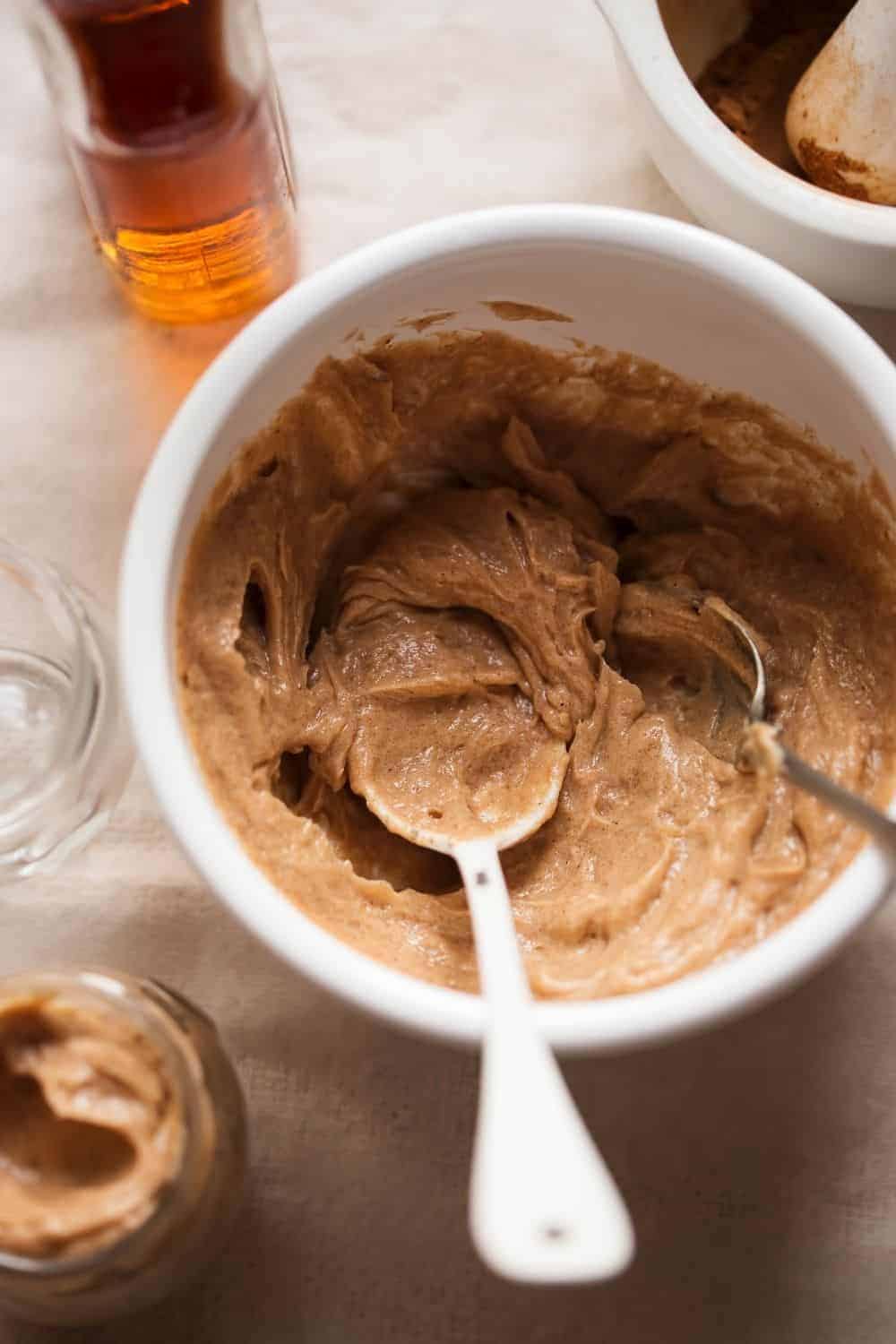 How to store cinnamon butter

You can store cinnamon butter in the fridge for up to two weeks. Once you’ve added the cinnamon and sugar, you shouldn’t leave butter sitting out on the counter for longer than a couple of hours.

Be sure to put the butter in a sealed container.

Can you freeze cinnamon butter?

Yes, you can freeze cinnamon butter. Be sure to put the butter in a sealed container and then place it in the freezer. It will last up to three months in the freezer.

What to serve with cinnamon butter?

We love to eat this butter! We also love to consume it on all kinds of bread. 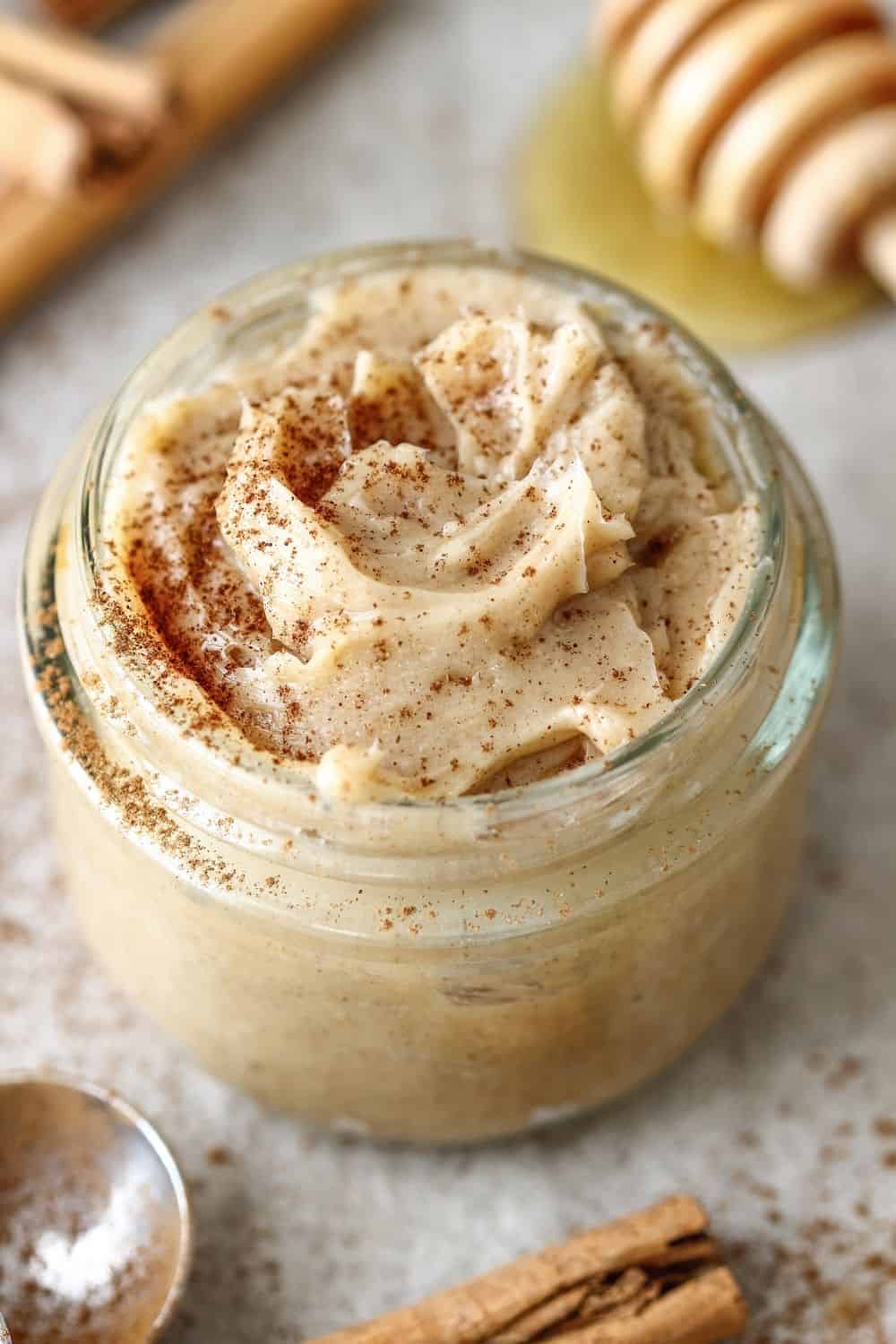 This recipe is so easy to make and only requires 4 ingredients.

Butter – I use and recommend salted butter for this recipe. Note that if you only have unsalted butter, that is fine. In that case, just add in a pinch of salt.

Powdered sugar – It took a bit of experimentation to conclude that this was indeed the right kind of sugar for this recipe. It also took more than I had expected to get the taste just right.

Cinnamon – Cinnamon is the star of the show in this recipe. I don’t recommend any fancy cinnamon here. Just use plain everyday cinnamon.

There are just a few recipe variations that I would recommend for this cinnamon butter recipe.

How to make cinnamon butter

Making cinnamon butter at home is very much straightforward. The secret to making the best cinnamon butter recipe is to have fully softened butter. It won’t be easy to completely mix the ingredients if the butter isn’t at room temperature. Note that you don’t want your butter to be melted.

Step 2: Soften the butter. A good way to soften butter is to allow it to set out at room temperature for about an hour. 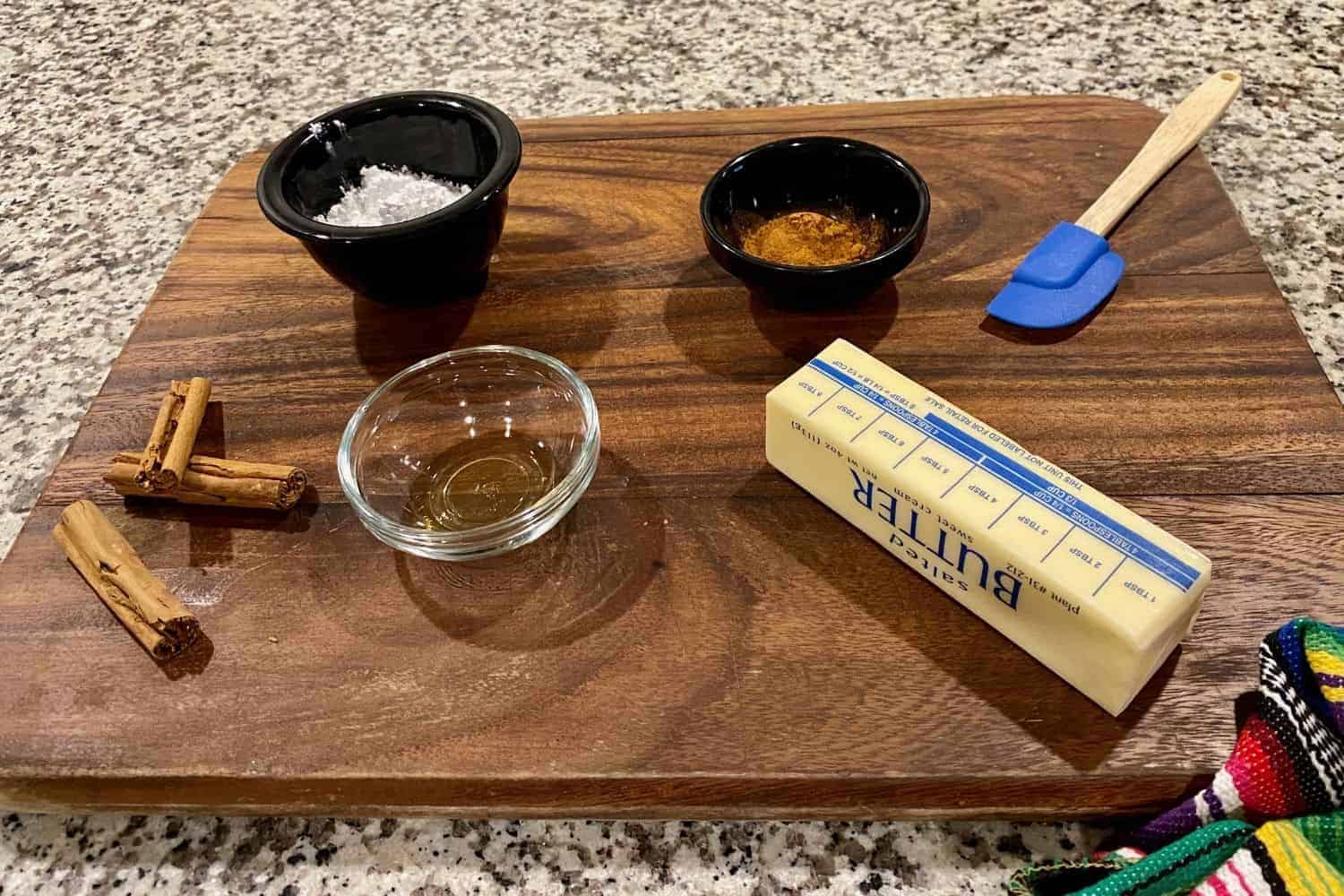 Step 3: Add all of the ingredients to a bowl and mix thoroughly. 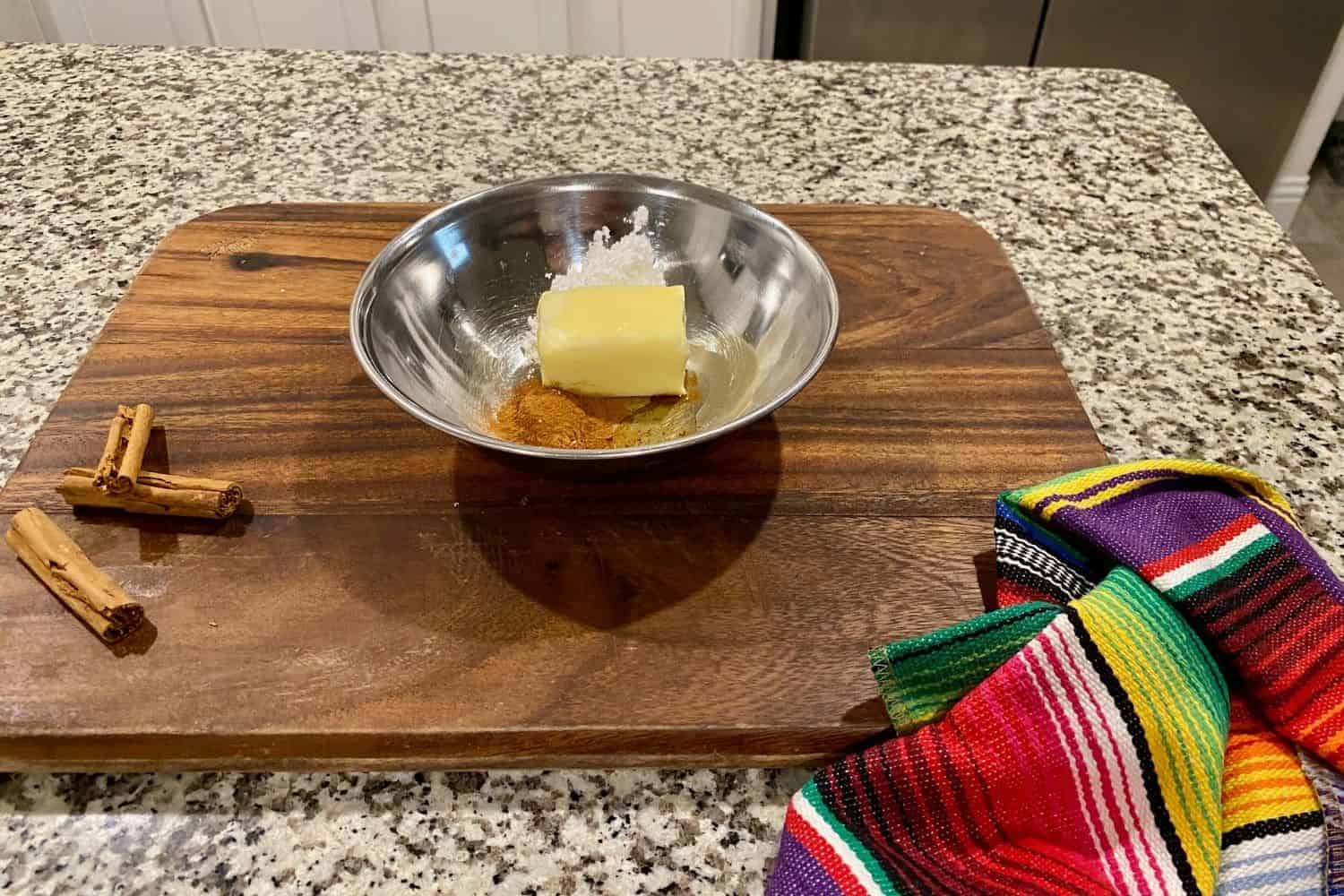 Step 4: I started with half a stick of butter, mixed that well and then added the remaining butter. 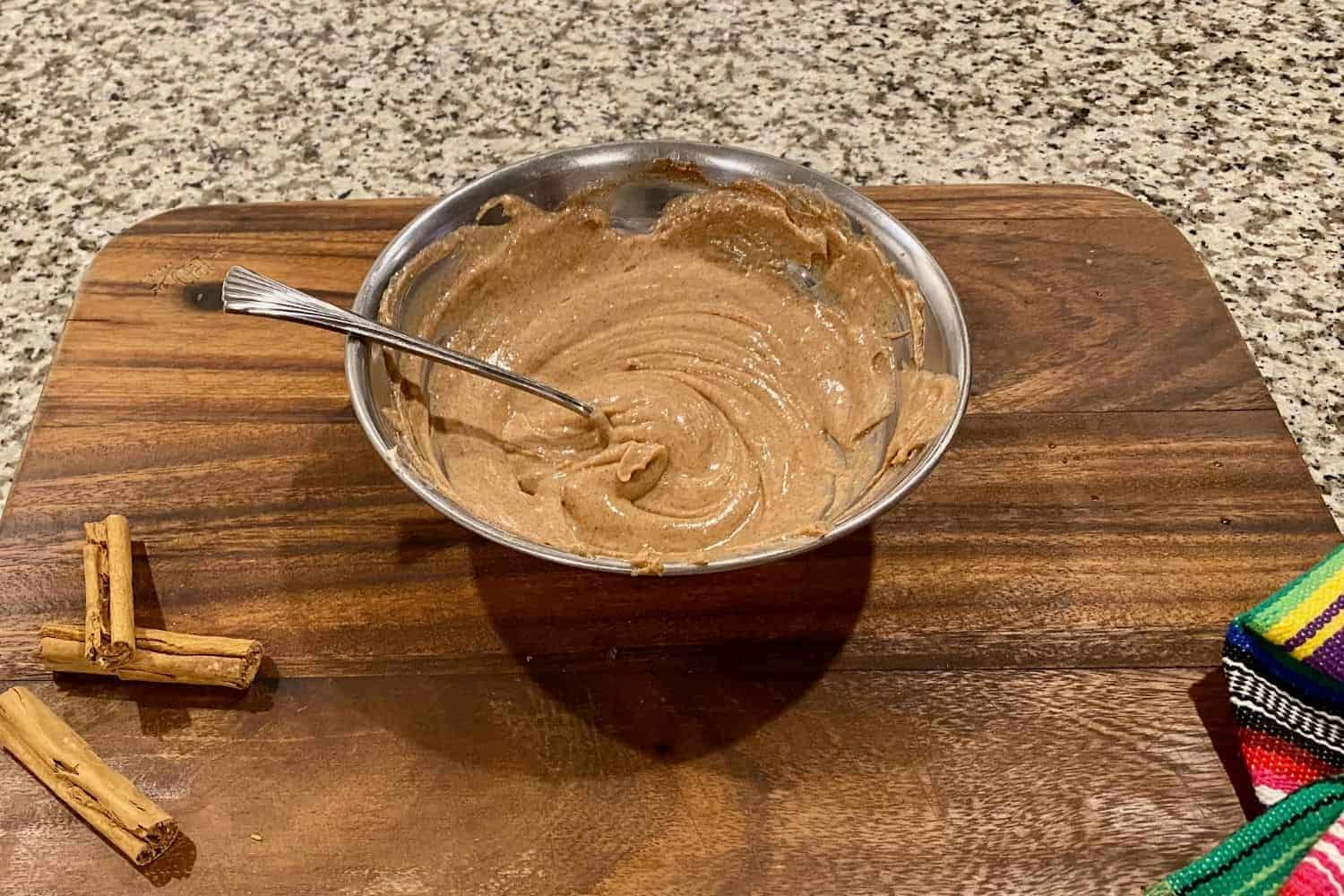 Step 5: Add the cinnamon butter to a sealable container for storage. If you plan to use the butter right away, add it to a serving bowl.​​​​​​​​ 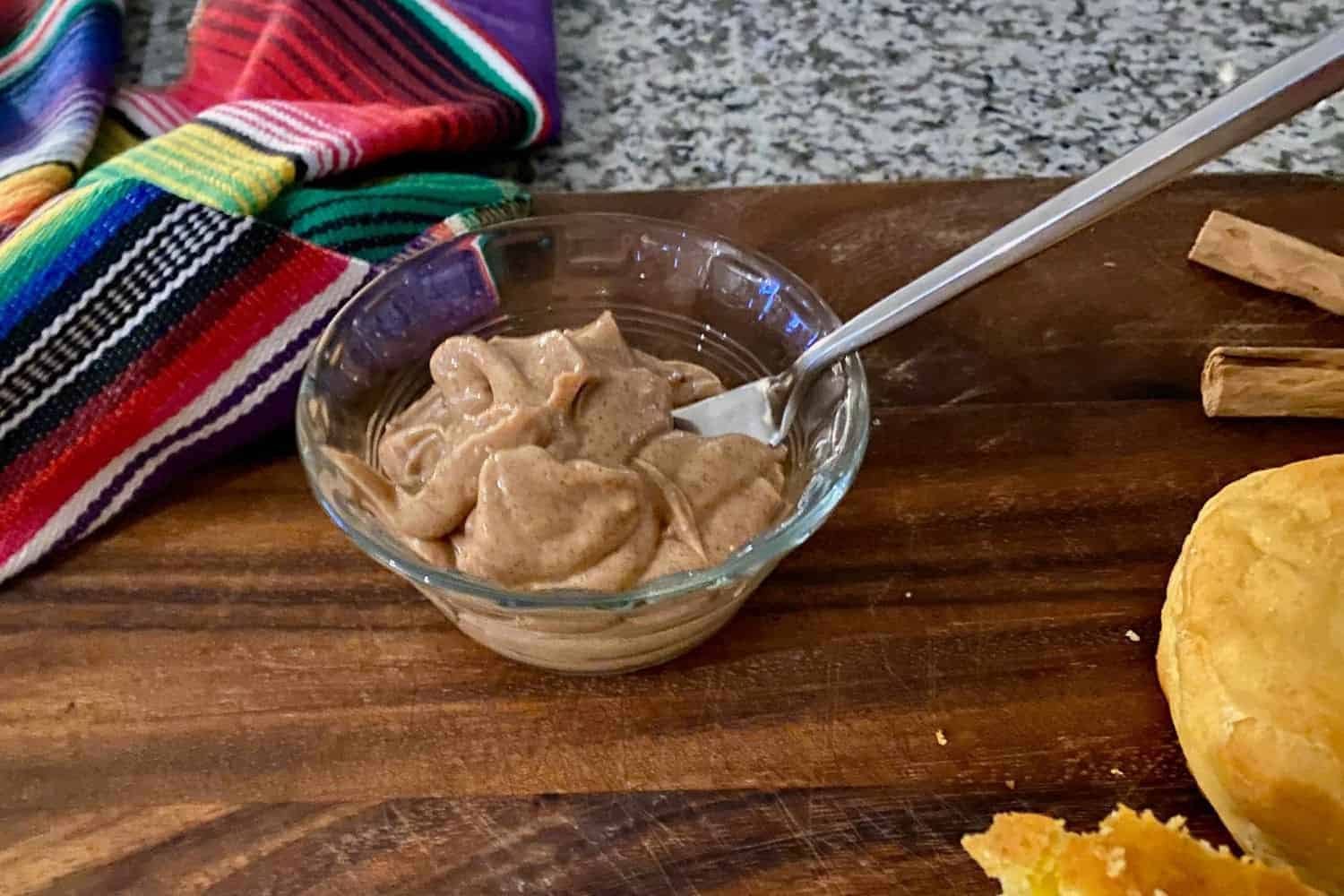 We made this cinnamon butter recipe last night to eat with our cornbread. It’s so easy to make that we’ve started keeping a container of it in the fridge.

When you pull it out of the fridge, it will be cold and difficult to spread. I suggest that you remove the cinnamon butter from the fridge when you start cooking dinner. That will allow it plenty of time to come to room temperature and therefore, easier to spread.