Honeycomb, as the name suggests, is honey in the wax comb.

It’s a natural product created by honey bees that use it to store pollen, honey, and their larvae.

It’s the rawest form of honey you can find anywhere, and it’s different from regular honey because it isn’t filtered or pasteurized.

In this blog post, we’ll learn a thing or two about honeycomb, whether it’s edible or not, and how you can serve and store it at home. 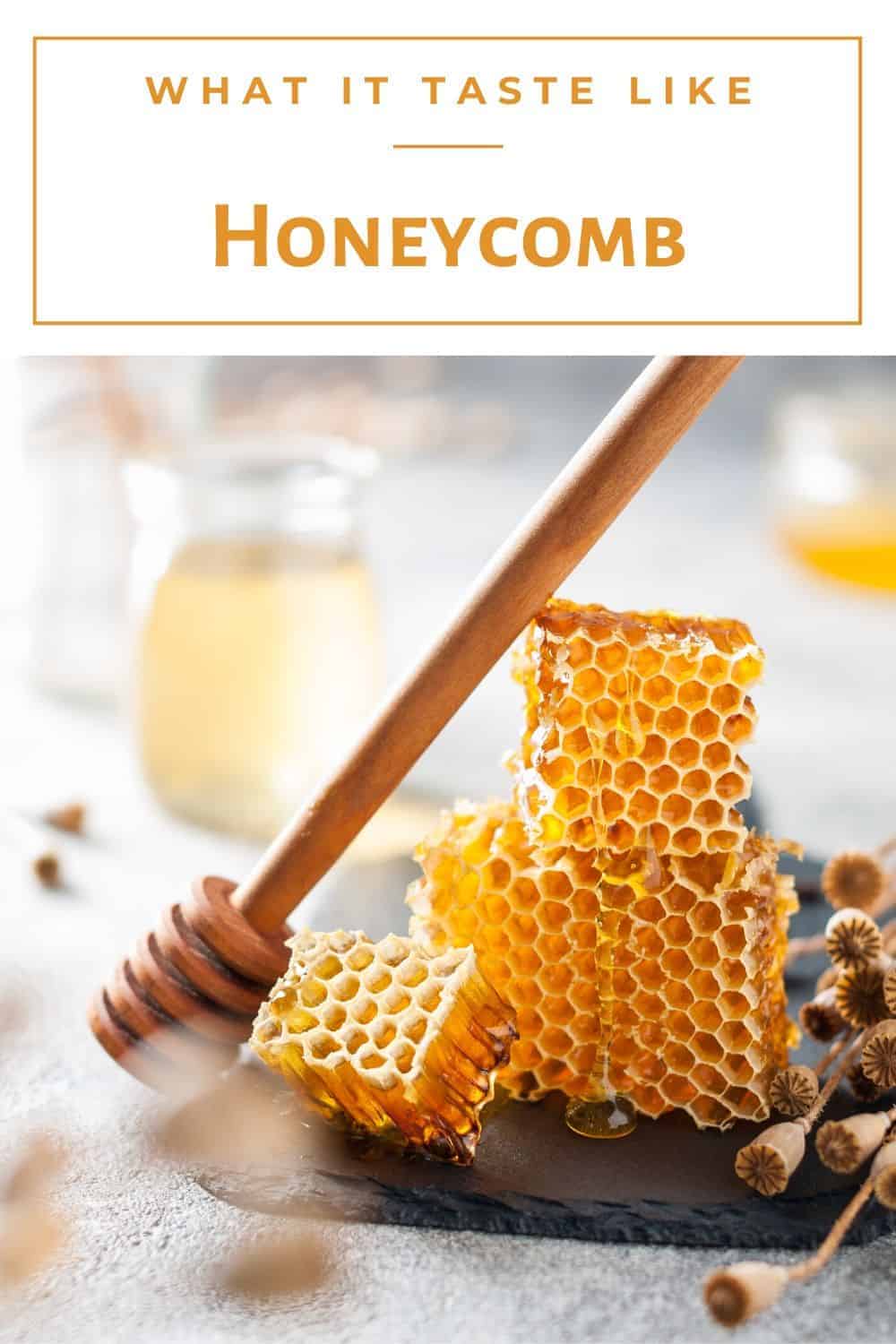 Can You Eat Honeycomb?

Honeycomb is the purest form of raw honey you can find. It’s taken from a beehive, cut of the bee frame, and it’s perfectly safe to consume.

You can eat it by itself or pair it with a variety of foods.

People all across the globe have been enjoying honeycomb for thousands of years now. Both the honey and the comb are safe to eat, and they’re known to taste quite fresh.

Since honeycomb is the purest, most raw form of honey, it tastes so much better than regular varieties of honey you may have tried before.

The honey you buy from your local grocery store isn’t the same because it’s processed and boiled, and the flavor is altered with additional sweeteners as well.

You may find that honey near the inside of your honeycomb may be crystallized a little bit, which is why it can taste a little bit sweeter than regular honey.

The comb, on the other hand, has a crunchy texture, and it’s a lot like eating a wax-bottle candy that has honey inside instead of juice.

How to Eat Honeycomb

Honeycomb usually comes packaged in round or square tubs. It’s waxy and sticky, just like you’d expect, and the simplest way to extract it is by using a spoon or fork.

You can also use your hands if you don’t mind getting them sticky.

You can take a bite of honeycomb and chew it just like you’d chew a piece of bubble gum.

Once you’ve chewed out all the honey, you can spit it out the leftover beeswax.

How to Serve Honeycomb

The best way to enjoy the flavor of honeycomb is to eat it all on its own.

But if that’s too simple for you, here are some delicious combinations you need to try at home.

How Long Does It Stay Good for?

You may be surprised to find that edible honey has been found in Egyptian tombs that are over 3000 years old.

Honey and honeycomb don’t ever expire unless you’ve stored it the wrong way and somehow exposed it to moisture.

Since it stays good forever, it’s even used as a preservative.

If your honeycomb comes with the best buy date, then that’s probably referring to the degradation of quality, which may happen over time.

Storing honeycomb is incredibly easy because it’s nothing more than honey and beeswax.

You can store it just the way you’d store raw honey because the same rules apply here, and it doesn’t spoil.

Keep the following tips in mind while storing your honeycomb:

Can You Freeze Honeycomb?

Freezing honeycomb is a perfectly safe storage method if you’ve run out of pantry space, or you plan to use your honeycomb for years.

If you love eating honey, you should definitely try honeycomb as it’s more traditional to enjoy it in the purest form, and it’s known to have a more textured consistency.

It does cost a little bit more than regular honey, but the taste is worth every penny.

What Does Sea Bass Taste Like? Read About This Delicious Fish Here!
What Is Codfish? The BEST FAQ For Taste, Texture & More 🐟
What is a fig and what does it taste like?
What Is A Torte? What’s Special About The Dessert?
What Is Ginger? + Taste, Tips & More
What Does Thyme Taste Like? Everything You Need To Know About Thyme
What Is Adobo Seasoning? FAQ & Texas Adobo Recipe
What Are Cloves? Here's Your Guide To This Versatile, Worldly Spice!
What is saffron?
What Do Turnips Taste Like? Learn Everything You Need To Know About Turnips Here!
What Is Prime Rib and How Should You Serve It?
What Is Yellow Squash? Here's An FAQ With Tips About Your Favorite Gourd!
Click here to cancel reply.