There’s nothing that can make a dish quite like evaporated milk when you’re trying to make your custards, pie fillings, and sauces extra rich and creamy.

But if you’re halfway into baking a pumpkin pie and only just realized you’re all out of evaporated milk, there’s no need to worry. That’s because there are so many dairy and non-dairy products available in the market that you can use as substitutes.

In this blog post, we’ll take a closer look at evaporated milk, how it’s used, and five alternatives that you can try instead. 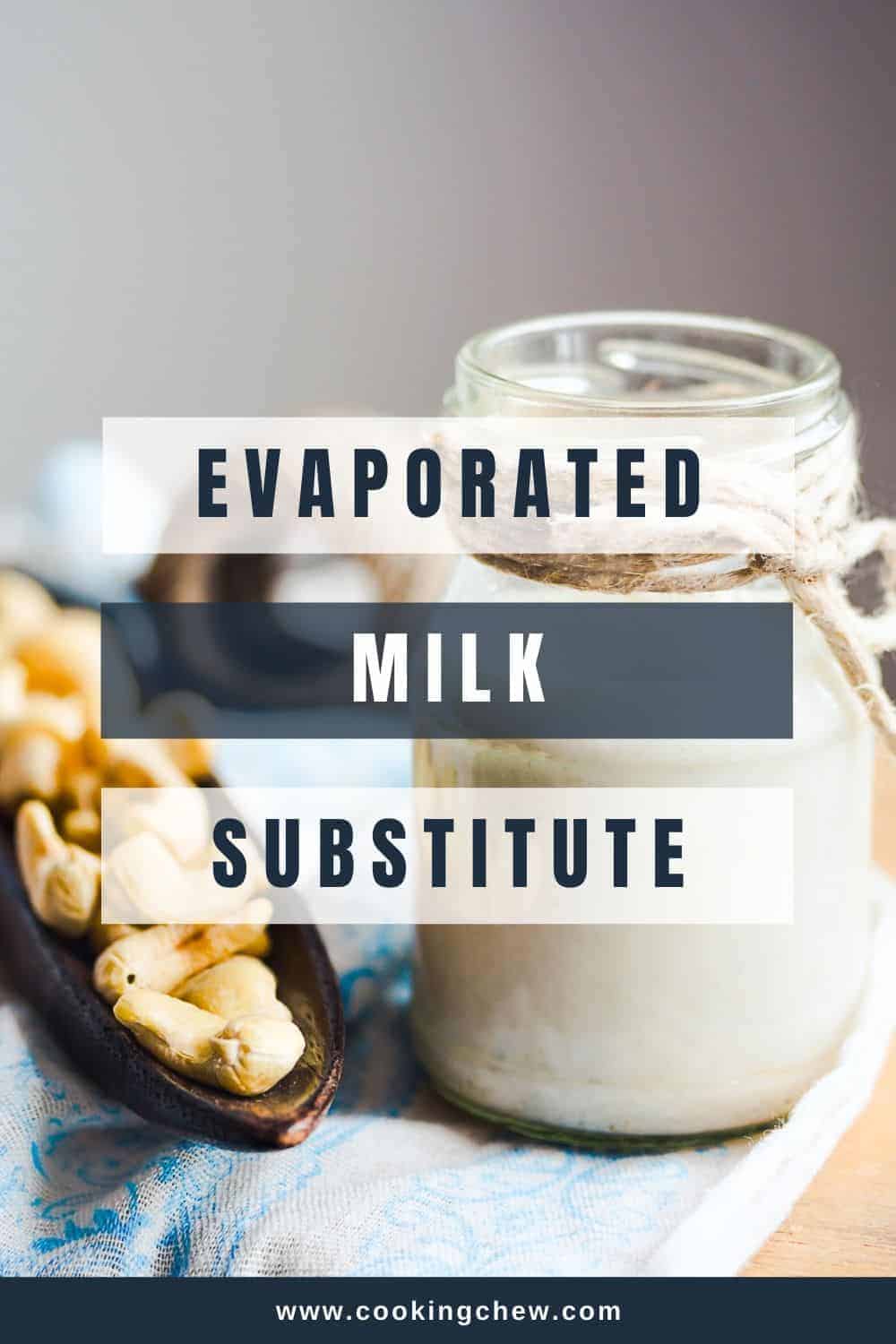 What Is Evaporated Milk?

Evaporated milk is a milk product, just like you’d suspect, that’s high in protein and quite creamy in texture. It’s typically sold in cans, much like condensed milk, and it’s prepared by heating milk until about 60% of the water has evaporated and a concentrated, slightly caramelized product is left.

It’s used in a number of baking recipes, soups, and sauces to give them an extra rich flavor. It’s known to have a similar viscosity to half and half, and it’s a little darker in color than regular milk.

How Evaporated Milk Is Used

You can use evaporated milk straight from the can in your recipes or dilute it to get it to the consistency of regular milk. Since it can be stored for quite long, it’s a great alternative to use when fresh milk goes bad and you’re not in the mood to go to the store.

Evaporated milk that’s not diluted is commonly used in tea and coffee in a number of countries. It’s also frequently added to desserts and can also be used as a substitute for half-and-half. Diluted evaporated milk can be added to drinks, or used for baking when you’ve run out fresh milk.

If you aren’t opposed to drinking regular milk and don’t have a milk allergy, you can use milk and half-and-half as a substitute for evaporated milk. To get the right consistency and richness of flavor, you need to mix about ¼ cups of half-and-half into ¾ cups of milk.

This is best used in recipes where the flavor of evaporated milk is overpowered by other ingredients. (source)

Coconut milk is another great alternative to evaporated milk that’s high in calories and extremely flavorful. It’s prepared from freshly grated coconuts and is quite popular in the Caribbean, South American, and Southeast Asian cuisines.

Because of its thick consistency, you don’t need to reduce it before using it as a substitute. You can use the same quantity as required for evaporated milk in the recipe.

You can use it to make both savory and sweet dishes, but you need to keep in mind that it has quite a distinctive flavor and may alter the taste of your dish.

Rice milk has a lower amount of protein and fat than evaporated milk and it’s prepared by soaking rice in water and then grinding it until it gets a milk-like consistency. You can reduce the water content by heating, just like ordinary milk, to use it as a replacement.

You may need to add a thickening ingredient like cornstarch to make sure it’s almost as thick as evaporated milk. It has a sweet flavor which makes it especially great for baked items and desserts.

Flax milk can be prepared at home by blending flax seeds in water. It has a neutral flavor, compared to other alternatives, which makes it the perfect substitute for evaporated milk. You can also reheat it the same way you’d reheat ordinary milk to get it to the desired consistency.

You may have to add some additives to make it thicker or add some sweetness to the flavor before using it in a recipe that originally called for evaporated milk.

Some common nut milk that can be used as substitutes for evaporated milk includes cashew, almond, and hazelnut milk. These are prepared by adding nuts and water to a grinder and filtering it until a milk-like product is obtained.

You can use almond milk as an alternative to evaporated milk in sweet dishes, whereas cashew milk can be added to both savory and sweet recipes. It needs to be reduced the same way as regular milk, but you should note that it won’t be as thick as evaporated milk inconsistency.

If you’re out of evaporated milk or you’re simply lactose intolerant and looking for a non-dairy alternative, try using these substitutes in your favorite recipes. Make sure you’re adjusting the quantity and using additives were necessary to give them a similar taste and consistency.

5 Soy Sauce Substitutes
Out Of Regular Milk? 12 Best Options To Substitute For Milk In Mac And Cheese
The best fennel substitutions
7 Substitutes For Celery
Rice Vinegar Substitutes
Mint Substitute: Here’s What You Can Use As Mint Alternatives
Here Are Some Easy Substitutes for Ricotta Cheese
Substitute for mushrooms (7 ‘mush-try’ replacements!)
Chili powder substitute - 7 blends of spices you can use instead
The best parsley substitute: All the best right at your fingertips!
Balsamic vinegar substitutes: Four alternatives you mother hasn’t told you about
Fenugreek substitutes (5 neat alternatives!)
Click here to cancel reply.