If you’ve had the chance to visit Wisconsin and try some of their popular foods, then you may have come across cheese curds.

They’re also used in a Canadian specialty called ‘Poutine,’ which is a bunch of fries topped with brown gravy and cheese curds.

However, if you’ve been less fortunate and haven’t had the chance to learn about the wonders of this food, you’re seriously missing out.

Cheese curds are a lot of fun to eat.

Let’s take a closer look at what cheese curds are and what makes them so special. 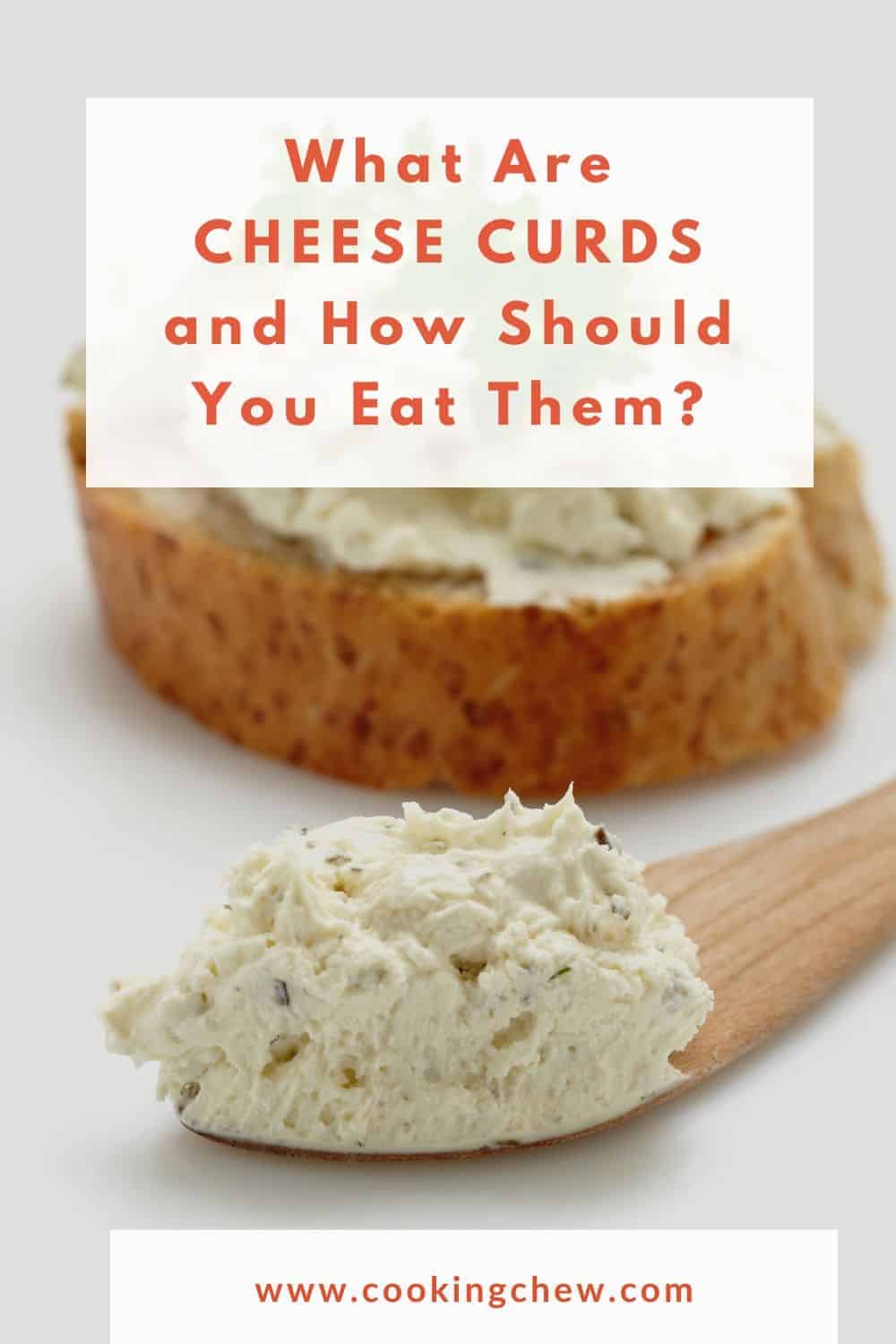 What Are Cheese Curds?

Although they look like tiny bits of cheese, they’re pieces of curdled milk that are formed when the cheese is being made.

They’re made using a starter culture, pasteurized milk, and a set of enzymes that are used to separate milk solids from liquid whey.

They’re mostly formed in the process of making cheddar cheese, but you can also make them with Monterey Jack, Colby, and other types of cheese.

How Are They Made?

During the cheese-making process, when starter culture and rennet (compound of enzymes) are added to the milk, curds are formed.

These curds are collected, chopped up, and pressed together. This process is repeated several times to get rid of excess moisture and get the desired texture.

After that, these bits of curdled milk are processed in a mill where they’re transformed into tiny 2 to 3-inch pieces.

They also need to be salted before they can be consumed.

Cheese curds don’t have a strong flavor. They mostly taste like mild cheddar and come in three different colors –white, orange, or yellow.

They’re quite rubbery which makes them squeak in your mouth as you bite into them.

Because of this, they’re often referred to as ‘squeaky cheese’ instead of cheese curds.

How to Use Cheese Curds

Cheese curds can be consumed as a finger food or added to different recipes. People in Wisconsin are known to mix them into a beer batter and deep-fry them.

If you like playing with different ingredients in your salads, then you can throw a handful of fresh cheese curds in for added texture and flavor.

They can also be used as a substitute for Mozzarella cheese.

Here are some other things you can do with them:

What makes cheese curds different from cheese is that unlike cheese, they should be consumed within a few hours after they’re made.

Their squeakiness is a way to tell how fresh they are. They also need to be kept at room temperature to make sure they remain fresh.

Cheese curds are a lot milder in taste and are basically a younger version of cheese. Cheese has a stronger flavor because it’s allowed to age.

Cheese curds are springier in texture because of their freshness and they need to be sold right after they’re sliced up.

They don’t last for more than a day and need to be consumed right away.

Check out these recipes:

Can You Eat Cheese Curds Raw?

If you’re fond of cheese and can eat it by itself, then you’ll enjoy eating fresh cheese curds as well. You can eat them right out of the bag.

You can enhance their flavor with garlic, herbs, and spices or eat them plain, it’s totally up to your preference.

Microwave them for about 5 to 7 seconds if you want them to taste extra squeaky.

Cheese curds are the perfect comfort food for people in the Midwest. You can find them wherever cheese is made.

You’ll be able to tell if they’re fresh by their rubbery texture.

If you like switching up your recipes, you should definitely give them a try.

Add them into your burger patty mix, blend them into a creamy spread, or make antipasto skewers with them to serve at a party.

If you don’t like eating plain fries, you can also try making poutine at home.

The best part about cheese curds is that they can be enjoyed fresh and don’t need to age like regular cheese.

5 of our favorite cooking gadgets lately

How Long Do Potatoes Last? The Ultimate Guide
What Is Pate And How Do I Use It?
Canned green beans: Stuff you should know
What is hominy and how it’s made
Learn How to Make Colored Mirror Glaze Cakes
What Is Black Garlic? Here's Our How-To!
Does almond milk go bad (Unlock the three common signs)
How to Grind Whole Spices
How to toast pecans and why you should
Cooking with Miso – What You Need to Know
What is Matcha? Everything You’ve Ever Wanted to Know about it!
Which Is Better? Goat Milk or Cow Milk
Click here to cancel reply.