If you’re familiar with artichokes, you know these vegetables are known the world over for their unique flavor and their hard exterior shell.

Even though this vegetable may not look edible, once you’ve had the chance to taste them, you’ll realize why they’re so popular and need to be cooked more frequently.

They can be used in a great number of recipes like salads, dips, pasta, and soups.

In this blog post, we’ll take a look at the flavor of the artichoke and some ways you can enjoy them at home.

Artichokes are vegetables that have been around for quite some time. They’re basically immature thistle buds that are consumed before they’re allowed the time to fully blossom into purple flowers.

Most people believe that artichokes were first found in the Mediterranean region, while some hold the opinion that the plant got its origin in northern Africa.

Regardless of where they originated from, artichokes have spread all across the world and can be found in more than a hundred different varieties.

The most popular kind of artichoke is the Green Globe artichoke.

Most people who enjoy artichokes regularly believe that they have a strong earthy flavor that’s a lot similar to that of celery and asparagus.

And then there are those who feel that artichokes taste more like turnips and Brussels sprouts than anything else.

The reason why people have varying opinions on the flavor of artichokes is that they’re available in many different variations, the petite mercury, oblong Siena, and the green globe being just a few.

To get an accurate idea of what an artichoke tastes like, you need to eat them when they’re fresh.

With time, the artichoke texture and flavor begin to change, which is why you should either cook them right after buying them from the grocery store or freeze them so their flavor is maintained.

Just like most food items, the taste of artichokes ultimately depends on how you prepare them in addition to how fresh they are.

The flavor of uncooked artichokes can’t be compared to that of roasted, steamed, or fried artichokes.

Let’s take a look at how different ways of cooking artichokes affects their flavor:

The taste of raw artichokes is mild and a little nutty.

Steamed or boiled artichoke is quite tender and has a slight hint of sweetness.

Grilled artichoke also has a sweet flavor accompanied by the characteristic smoky flavor you can expect in grilled food items.

Fried artichoke tastes like fried asparagus but a little nuttier.

How to Eat an Artichoke

Tips on How to Pick out an Artichoke 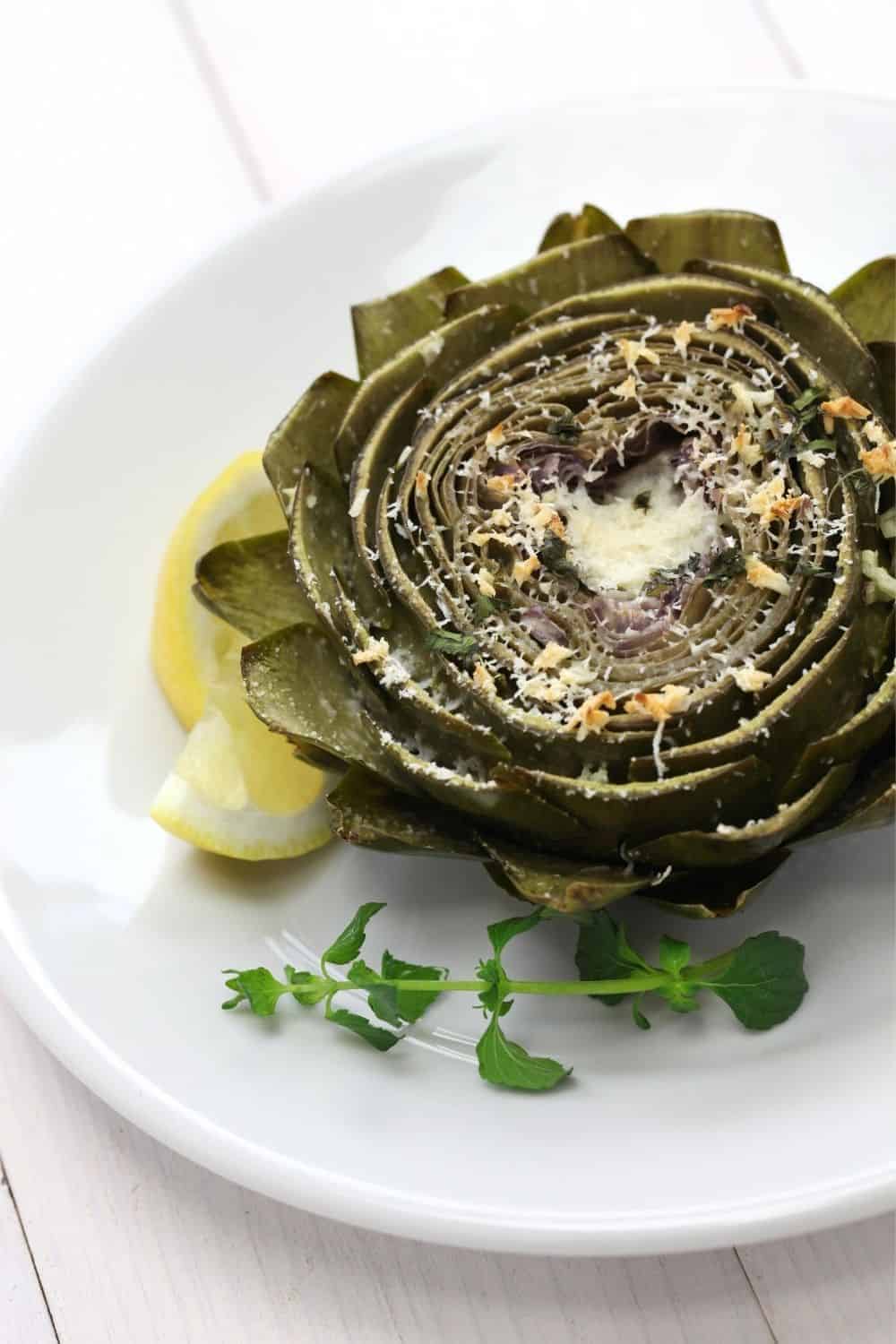 Artichokes are incredibly versatile vegetables that deserve space in your kitchen.

Once you’ve had the chance to try them out, you’ll finally understand that they’re just what you need to add a fresh and delicious twist of flavors to any recipe.

If you’ve never had the fortune of cooking artichoke hearts before, then now’s the time to do it.

Pick out the freshest artichokes at your local grocery store to prepare the most delectable meal at home and let their mild flavor shine through.

We hope you’ve learned all there’s to know about the flavor of artichokes and are willing to give them a go!

What Is a Truffle and Why Is It So Expensive?
What Is Edible Gold Leaf?
What Is A Cornish Hen? How Does It Differ From Regular Chicken?
What is fish sauce?
What Are Beet Greens? FAQ, Recipes & More!
What Is Allspice?
What Is Tobiko And How Does It Differ From Masago?
Corn Flour Substitutes: 7 Ideal Options
What Does Fontina Cheese Taste Like? Here's the BEST FAQ! 🧀
What Is A Parsnip? Try This Carrot-Like Taproot!
What Is Sour Cream? Everything You Need to Know About It
What Is Brick Cheese? From Origin to Usage
Click here to cancel reply.