Oregano is a popular herb used in many dishes, such as pasta sauces, pizzas, and stews. Widely used in Mexican and Mediterranean cuisines, it’s also a vital component in Italian seasoning and chili powder.

In addition, oregano is used in both fresh and dried forms, and is available throughout the year.

Let’s explore what oregano is and what it tastes like!

So, what’s oregano? Oregano is a herb used in cooking. It’s essentially the fresh or dried leaves of the oregano plant. This plant has small leaves that have an intense aroma. It’s also used to add a strong flavor to a lot of varied savory foods.

When in bloom, the oregano plant sprouts purple or pink flowers, which are edible as well.

This herb has two varieties – common oregano and Mexican oregano. The common kind is botanically called Origanumvulgare, which is Greek for “joy of the mountains.”

On the other hand, Mexican oregano is known as Lippiagraveolens. It’s considered as the strongest variety of oregano. It’s from a different botanical family than the common oregano. It’s also known as Mexican wild sage or Mexican marjoram.

If you’re preparing a recipe that calls for Mexican oregano, don’t substitute it with another variety. This is because it might affect the overall flavor of the dish.

For instance, if you’re making chili powder at home, use Mexican oregano to add its strong, peppery taste to the powder. 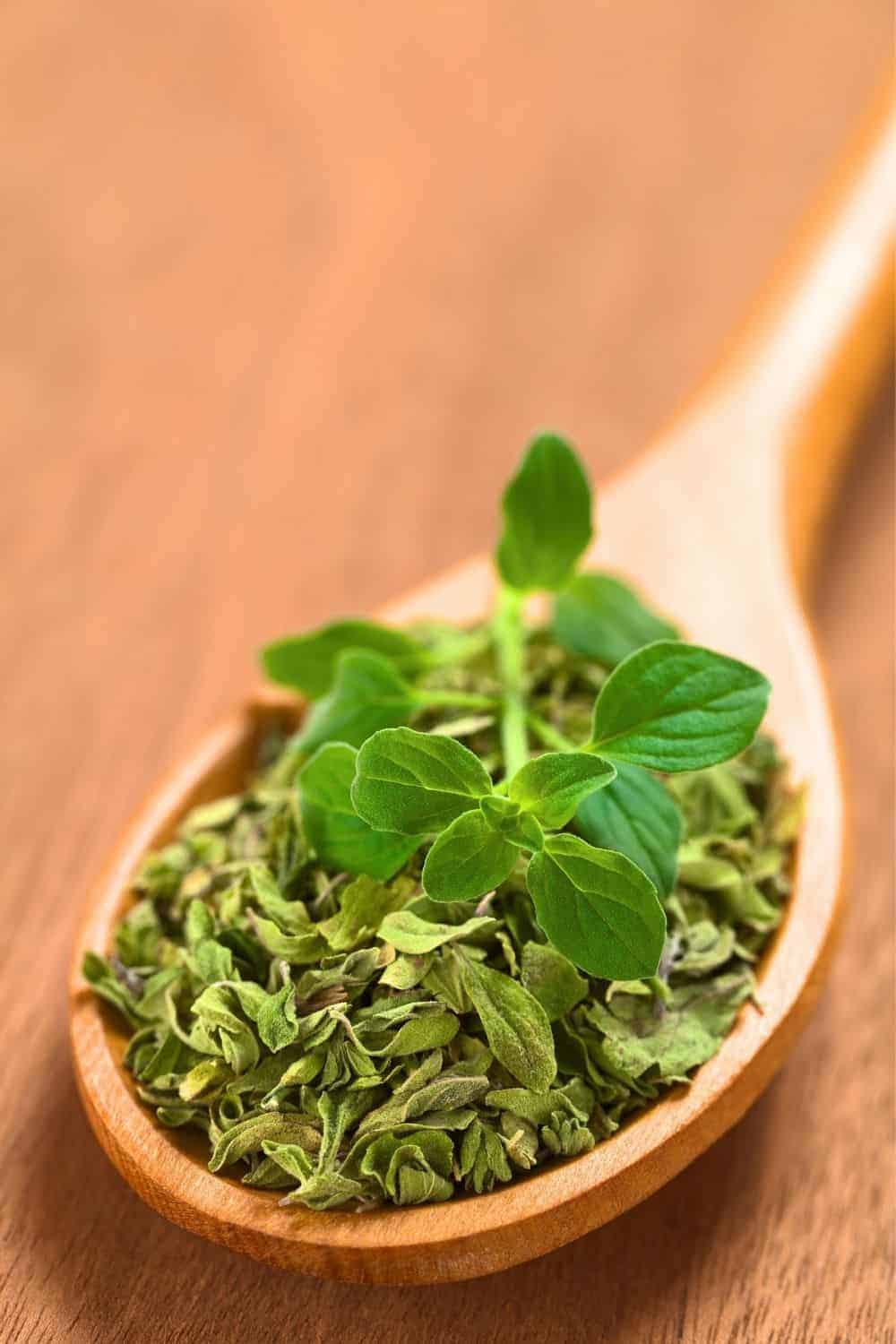 Oregano has a pungent taste that’s best described as earthy and bitter. It also has hints of minty and hay-like flavors.

Dried oregano is more commonly used in cooking as it has a subtler taste than fresh oregano. This is why it doesn’t overpower the dish that you add it to.

Meanwhile, fresh oregano has a more pronounced flavor and aroma. When using this variety, you should strip the leaves from their stems and discard them. It’s widely used for making soups and stocks. 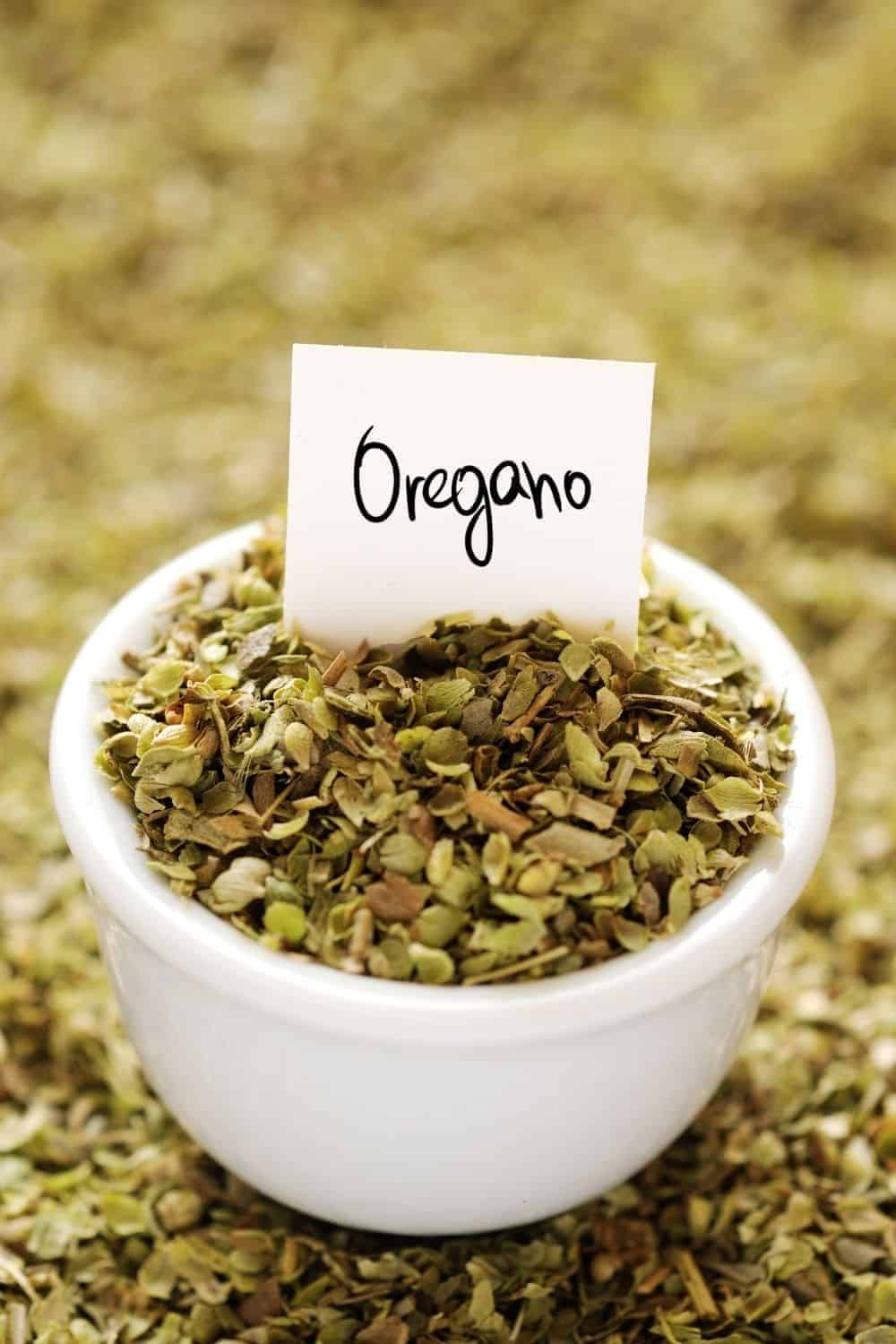 How to store fresh oregano

You must put fresh oregano in a plastic bag, store it in the fridge, and use it as quickly as possible. You can also put a slightly damp paper towel in the bag to make the herb last longer.

Alternatively, you can store the fresh herb in a glass of water and loosely cover the glass with a plastic bag. If you want to enjoy fresh oregano all year long, then you can store it in your freezer.

As for dried oregano, you can store in an airtight container in a cool, dry, and dark place 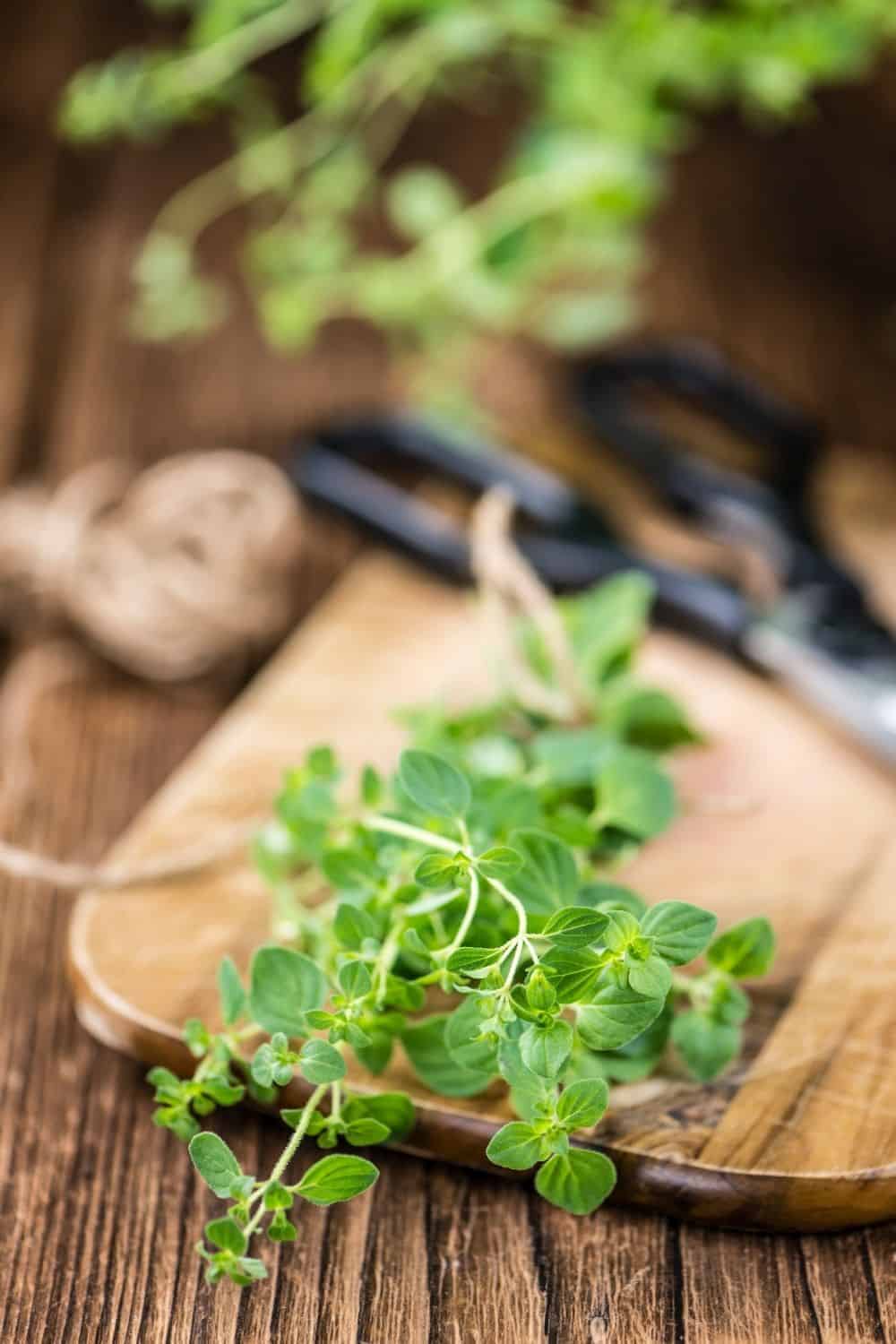 How to use oregano

Unlike some other herbs with a milder flavor, you can add dry oregano to your stews and sauce early in the cooking process. The intense flavor of oregano should easily stand out. Crush the dried herb to release more flavor before you add it to your recipe. If you have dried the oregano at home, use the leaves only and discard the stems unless you plan to remove them from the prepared dish later on. Meanwhile, fresh oregano can provide your dish with an aggressively bitter and earthy flavor, so use it a little sparingly.Typically, oregano pairs well with a wide variety of ingredients, such as onion, garlic, basil, thyme, parsley, and olive oil. You can use this earthy herb in many Italian and Greek dishes. You can also use it in pizzas, pasta sauces, stews, brews, sautéed veggies, braised meats, etc. It can add an unexpected and fresh flavor to various dishes, including seafood, chicken, hamburgers, and even beans. 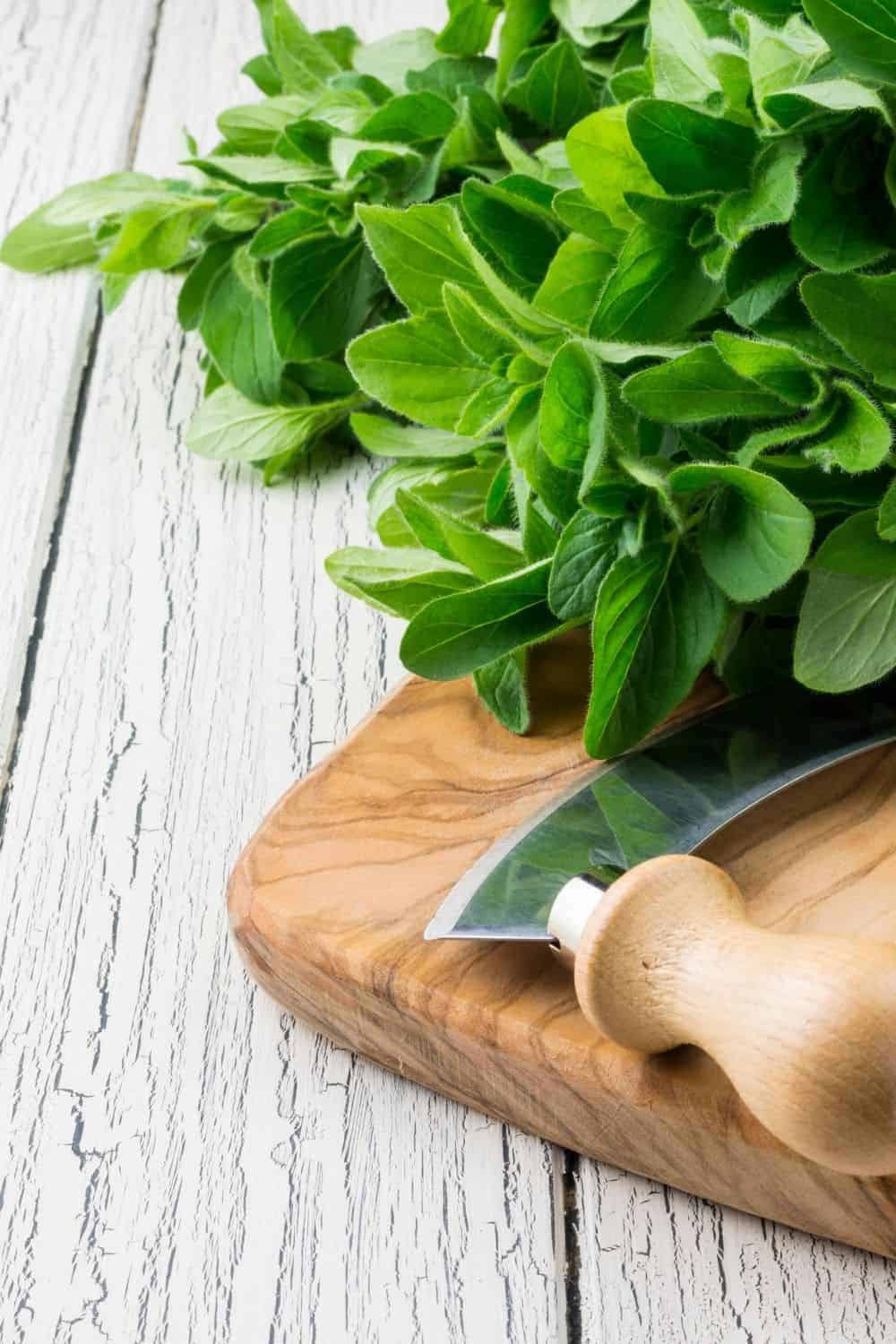 Whether you’re sprinkling oregano over a tasty slice of pizza or working some marinade, there isn’t a pinch of doubt that this cooking herb is as versatile as it is essential.

And while flexible at best, oregano should still be used a little more sparingly than usual, so long that it doesn’t overpower the dish you’re preparing that lovingly.

I hope you thoroughly enjoyed consuming this guide on “What is Oregano?” Do you have more tips as to how oregano can be used in other recipes? Let us know in the comments section below.

How to Freeze Ginger
How to Store Rice to Keep It Fresh
How Long Do Potatoes Last? The Ultimate Guide
How to Freeze Green Beans (Blanching or No Blanching)
How to Wash Mushrooms and Why You Should
What Is Anise? (Uses, Best Storage Method & More!)
What is Matcha? Everything You’ve Ever Wanted to Know about it!
What Are Cheese Curds and How Should You Eat Them?
What You Need to Know About How Long Chicken Can Sit Out
How to store carrots in 3 different ways
What Are Pepitas? Here’s Everything You Need to Know
What Is Orange Zest?
Click here to cancel reply.