If you’re out of fresh lemongrass stalks for an Asian recipe, here are six suggestions for lemongrass substitutes!

This unique herb has a special lemon and herb flavor that stands out in any dish—which means you can’t afford to skip it.

The leaves and the oil of the lemongrass plant are widely utilized for various applications and are known for being a primary culinary herb in many types of Asian cuisine.

Considered by many to be the world’s most flavorful type of grass, lemongrass has since become a popular ingredient for many delicious recipes.

Lemongrass is an herb that stands out, with a flavor profile all of its own.

It has a citrusy and lemony flavor that’s sharp and tangy, with a taste that also has subtle hints of lemon mint, but without the bitterness of lemon itself.

This taste profile makes it work so well with just about any dish, with its light flavors complementing and enhancing other ingredients without overpowering them.

Lemongrass pairs incredibly well with beef, fish, poultry, and seafood, as well as with vegetables, with the herb providing a lovely citrus layer and an aroma that’s distinguishable.

Lemongrass is used in many Thai and Vietnamese dishes as a flavoring because of its crisp and deep lemony essence.

So let’s take a look at what to use instead of fresh lemongrass! 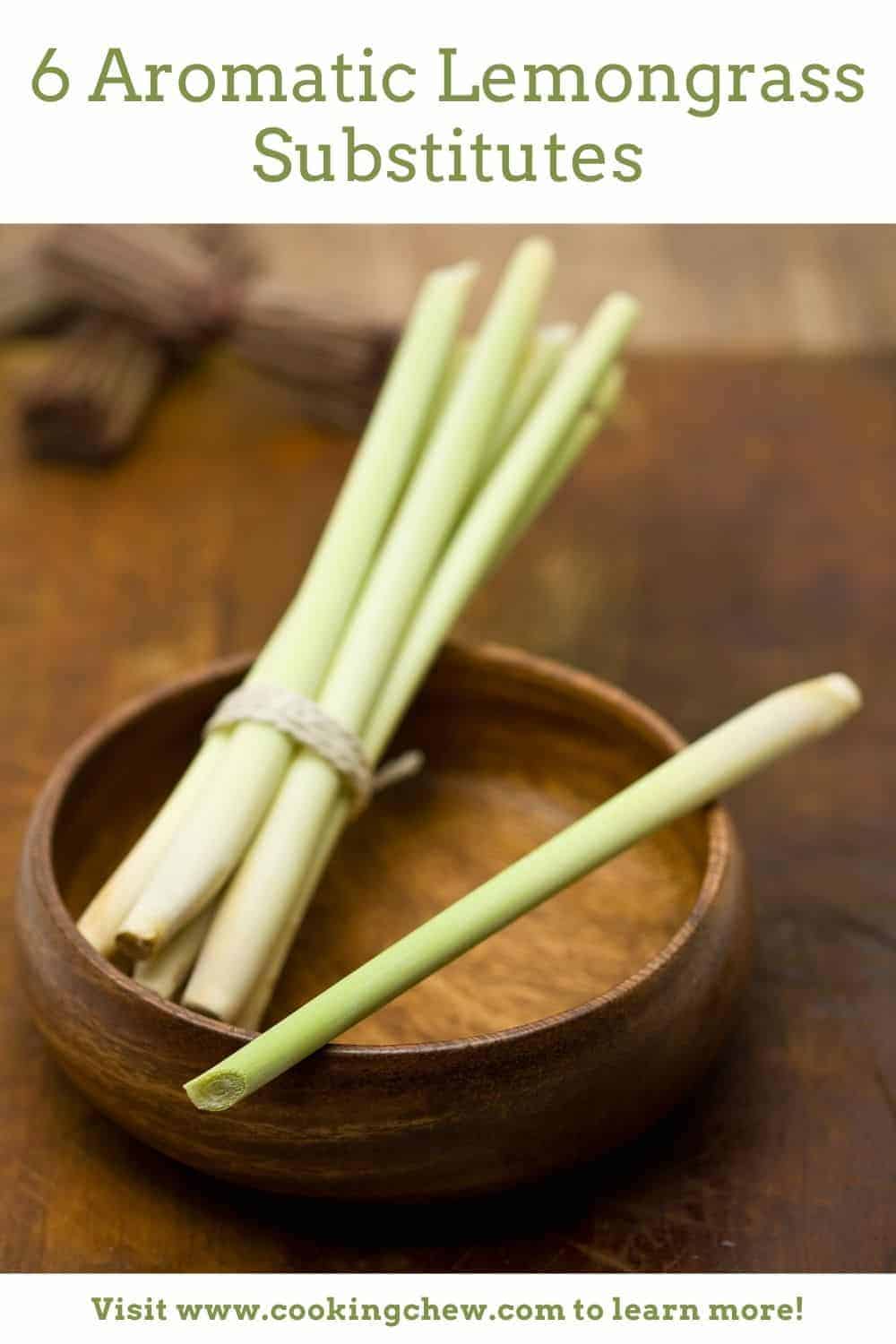 In case you’ve run out or can’t get your hands on lemongrass, you may be wondering, what can I use as a substitute for lemongrass?

Thankfully, although the flavor is difficult to replicate, you can use a lemongrass replacement that most closely matches this aromatic seasoning.

Here is our closely-guarded list of what to use instead of lemongrass that should save the day!

Lemon zest is widely considered to be the best lemongrass substitute that is widely available.

It has a similar citrusy flavor and is also easily accessible.

All you have to do is grate a lemon to get the zest.

To bring the herbal flavor of lemongrass to your dish, combine the lemon zest with arugula.

For every one stalk of lemongrass, add one teaspoon of lemon zest and one arugula leaf.

Although you can directly buy lemon zest, the fresh variety that you grate yourself is noted for its better results.

Using a combination of coriander stalks and fresh ginger can also serve as a substitute for lemongrass in cooking.

For every one stalk of lemongrass, use two teaspoons of ginger and an equal quantity of coriander stalks.

Note that it’s essential to use the stalks of coriander and not the leaves because their flavor could get intense.

Ginger has quite a potent flavor as well, so make sure you keep tasting your recipe and add a bit of ginger at a time, so you don’t overdo the flavor.

If you end up using dried instead of fresh ginger, you only need 1/2 teaspoon of dried ginger to replace two teaspoons of fresh because dried or ground ginger has a stronger flavor.

You can use this combination in liquid-based dishes such as soups and broths for best results. 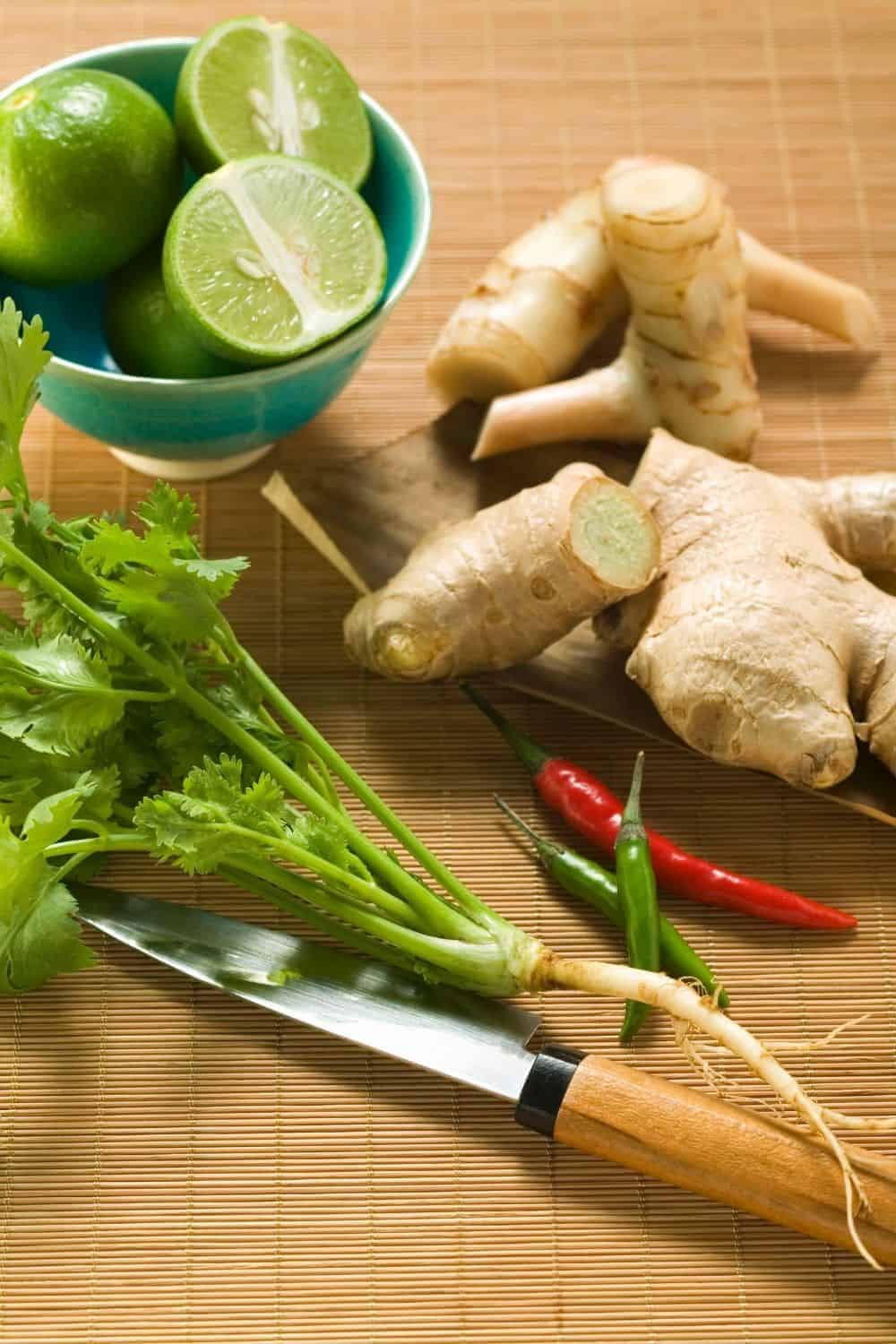 Kaffir lime leaves feature a citrusy scent to them, which closely mimics that of lemongrass.

You’ll have to separate the midrib of the leaf before you add it to your dish.

After you’re done cooking, you should remove the leaves from the dish before serving because they’re typically not eaten, just used for their flavor, much like a bay leaf.

Some people also prefer a combination of lemon juice and lime zest with the kaffir lime leaves.

Use two tablespoons of freshly squeezed lemon juice, one tablespoon of lime zest, and one kaffir lime leaf for every one stalk of lemongrass that is called for in your recipe.

This combination works best in soups and curries. 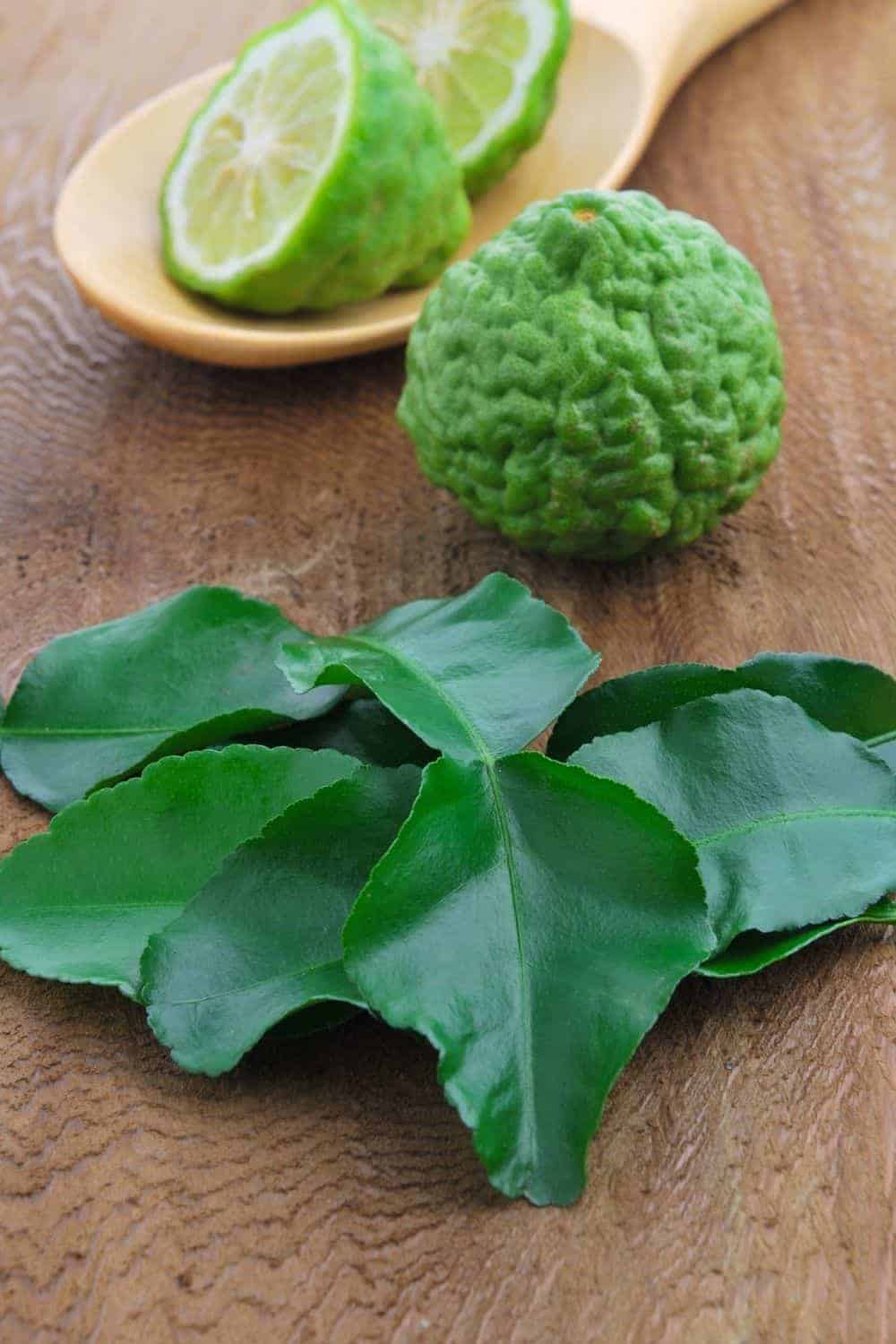 Kreung is another lemongrass alternative.

This substitute, which has Cambodian origins, is made of crushed lemongrass, shallots, and galangal.

You can substitute one tablespoon of kreung lemongrass paste for every two stalks of lemongrass.

You may be able to find this option just labeled as “lemongrass paste” in tubes in the fresh produce section at your grocery store.

You can substitute two lemon verbena leaves for every one stalk of lemongrass for best results.

And because verbena has a very strong flavor, start with one leaf and work your way up to make sure it doesn’t overpower your dish with its essence.

When using these leaves, chop them up into tiny pieces before adding them to your dish.

They work best in sauces and curries and even savory cakes.

You can use dried verbena leaves the same way as fresh. 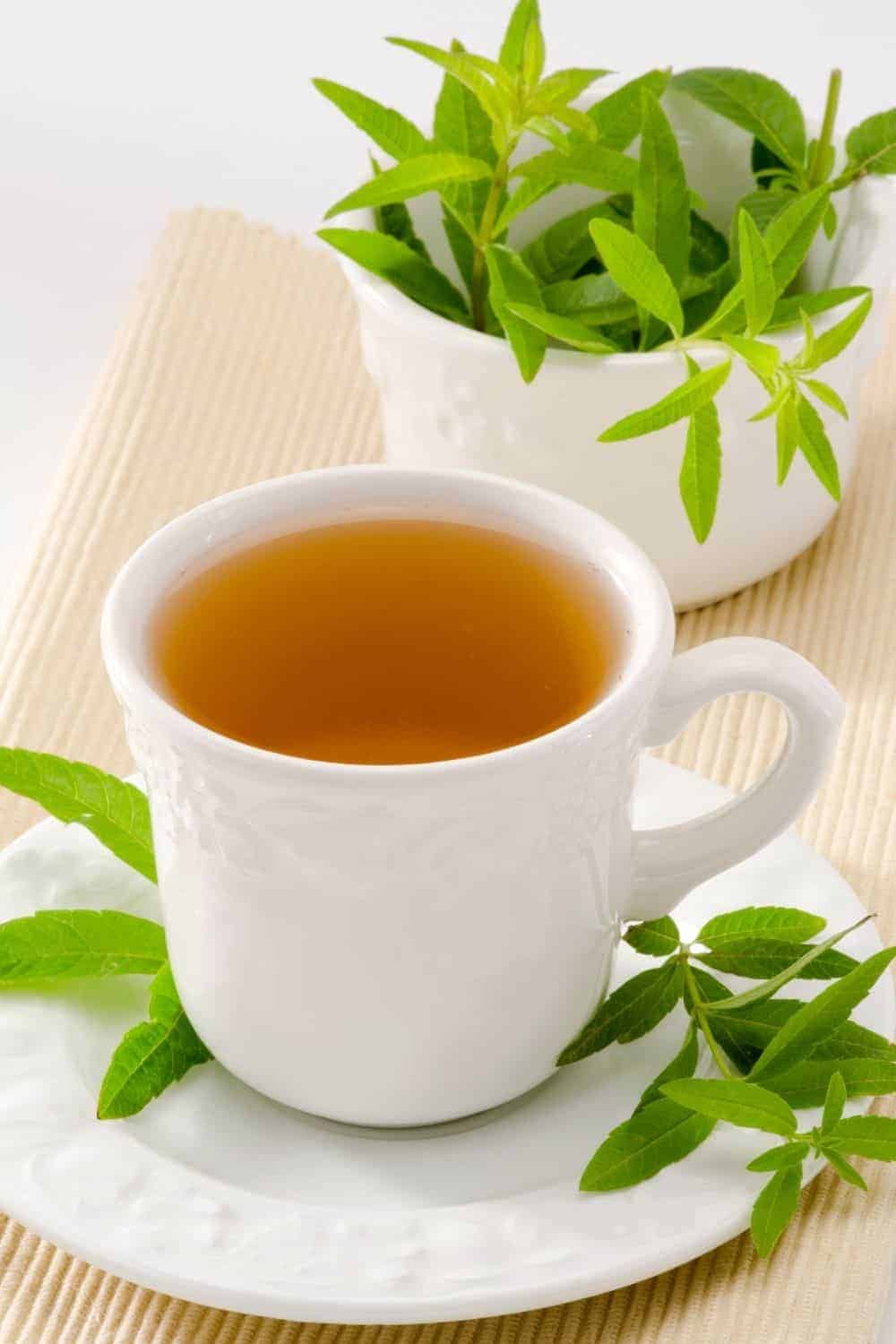 If you’re out of fresh lemongrass but have dried lemongrass, you’ll only need a small amount of it to replace the fresh variety.

You can substitute one stalk of fresh lemongrass with one teaspoon of the dried version.

The dried variety has a stronger flavor, so you have to be careful not to add it all at once. 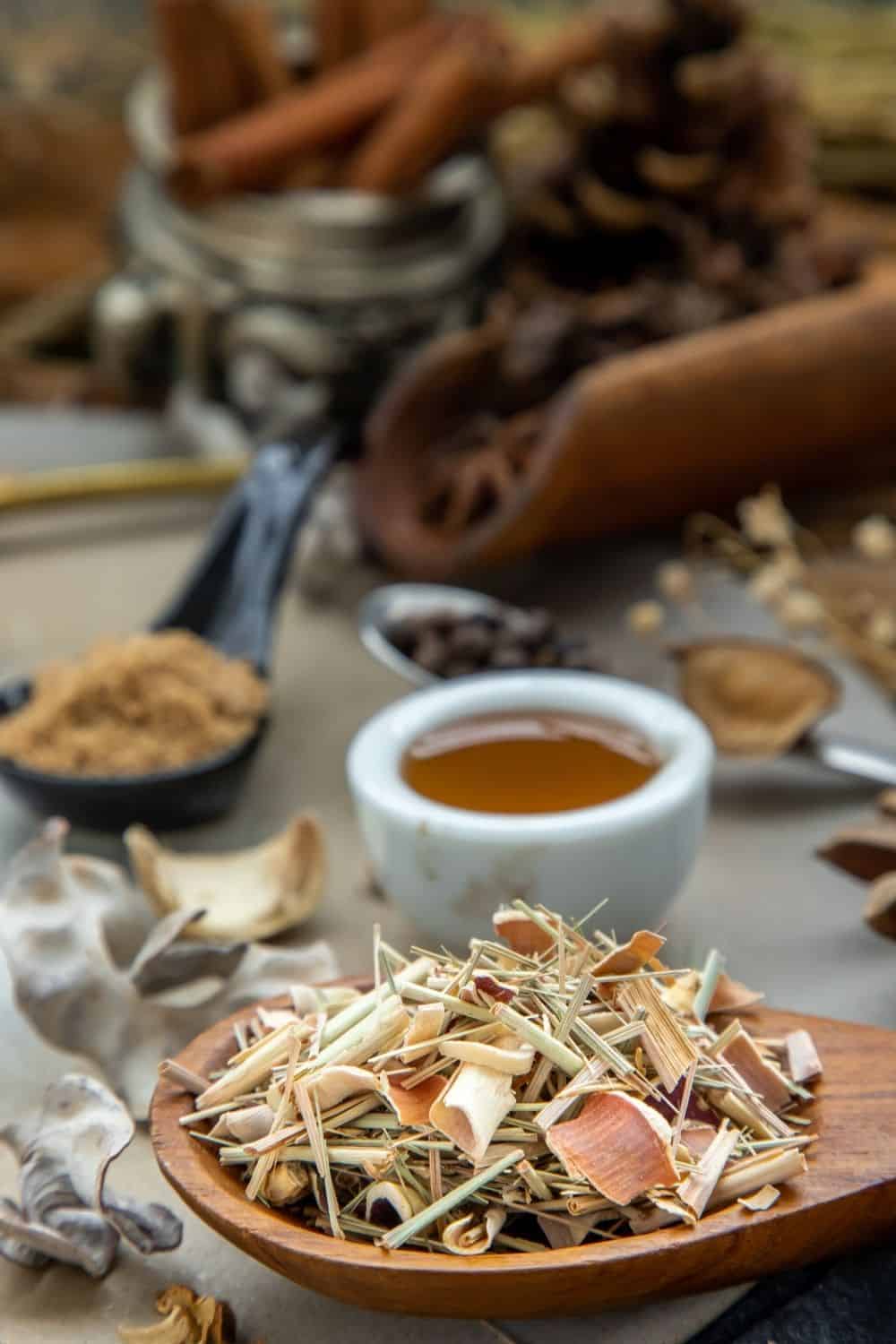 You now have at least six alternatives that you can opt for if you find that you’re out of fresh lemongrass.

Because most of these options have very intense flavors of their own, it’s smarter to start off in little amounts and add more as per your taste.

Still, these alternatives are all bound to stand out, like your aromatic lemongrass would to any dish!