Horseradish is an essential part of every kitchen, and if you’re trying to make a particular dish that requires this ingredient, it can be worrying if you’ve finally gone all out.

Horseradish is often used to bring meat-based meals to life with its spicy and potent flavor, but some horseradish substitutes you can opt for when you’re running low on the condiment might not be as best as you’ve anticipated them to be. 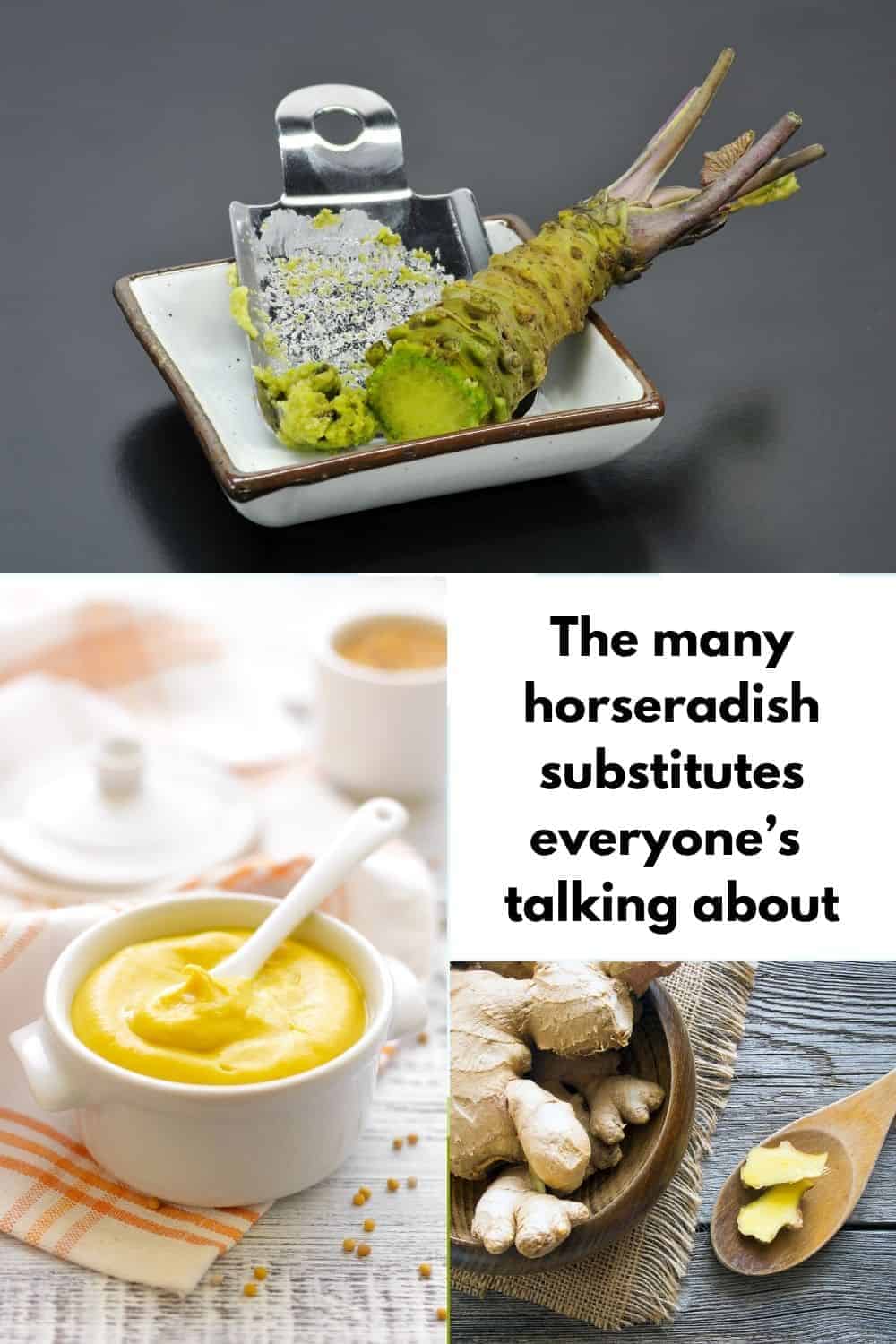 A tubular root that has a brownish, rust-colored peel, a horseradish features a hot and peppery taste; it also has a sharp flavor that feels refreshing with just the right amount of spiciness.

Horseradish is often used grated or ground in a blender or store-bought. When horseradish is crushed, it releases its aroma, which otherwise stays dormant within its roots’ cells.

Here are some ingredients that you can use as replacements for horseradish.

When running low, you can opt for the following as a substitute:

This horseradish alternative is one of the best ingredients that you can use. I make use of the wasabi made of horseradish and green colorant, which means there’s almost no difference in their tastes.

Of course, this is for American wasabi, as the Japanese one comprises many ingredients.

When using wasabi, you can add a little more of it than the horseradish called for in your recipe because it has a slightly less intense flavor.

Some people recommend using 50% more wasabi than horseradish, but you should start with a smaller quantity if you have a more flavorful variety. 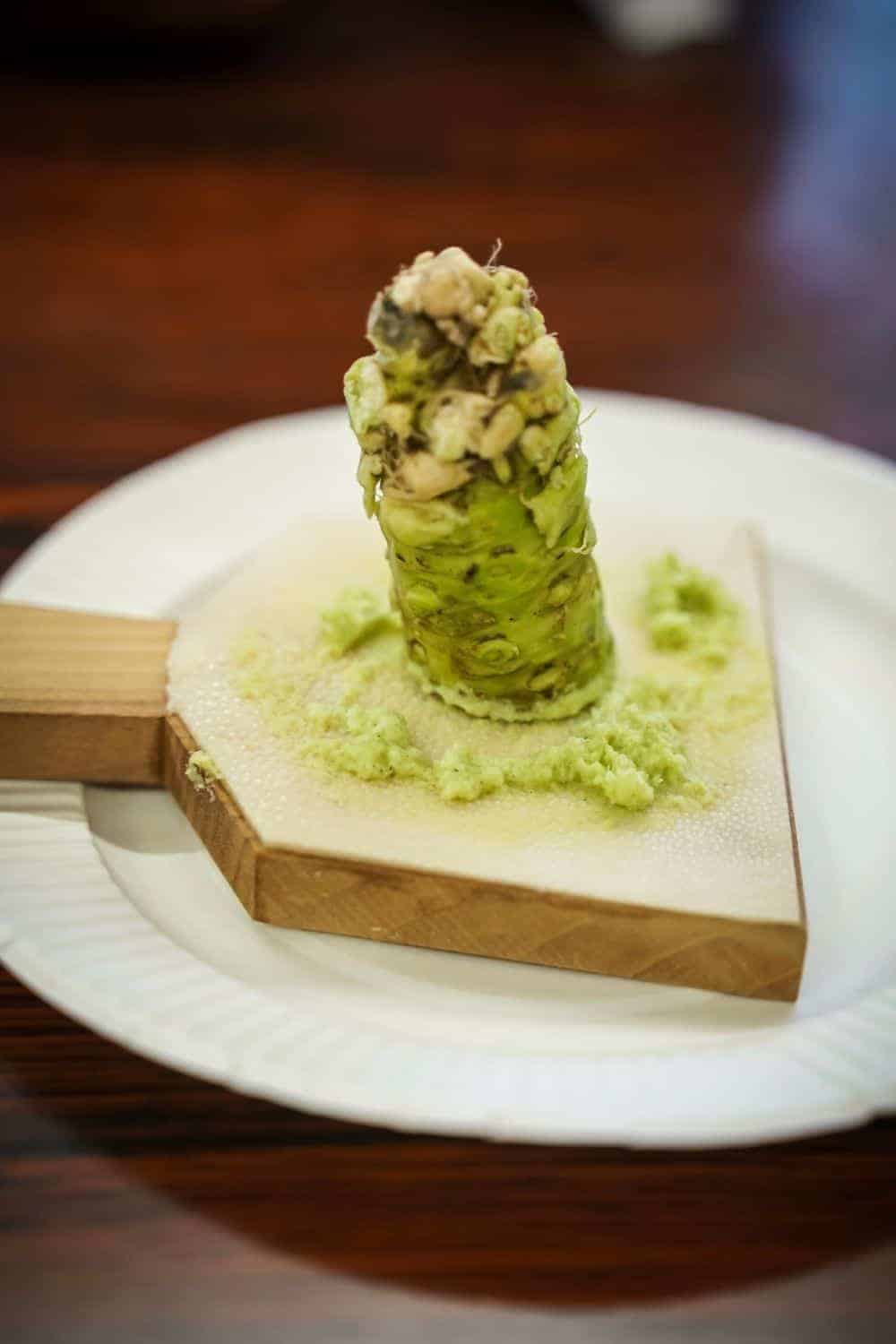 A spicy variety of mustard works best when using it as a substitute for horseradish. Sweet or mild ones won’t give your dish the same flavor.Although mustard tastes different from horseradish, it’s just as spicy and brings its unique flavor to the dish as well. Mustard sauce is an effective replacement for horseradish sauce. In contrast, ground mustard can be used to replace ground horseradish, and grounded mustard seeds can be used to replace freshly grated horseradish.Start with a slightly smaller amount of mustard than the amount of horseradish called for in your recipe and work your way up until you find a flavor that suits you. 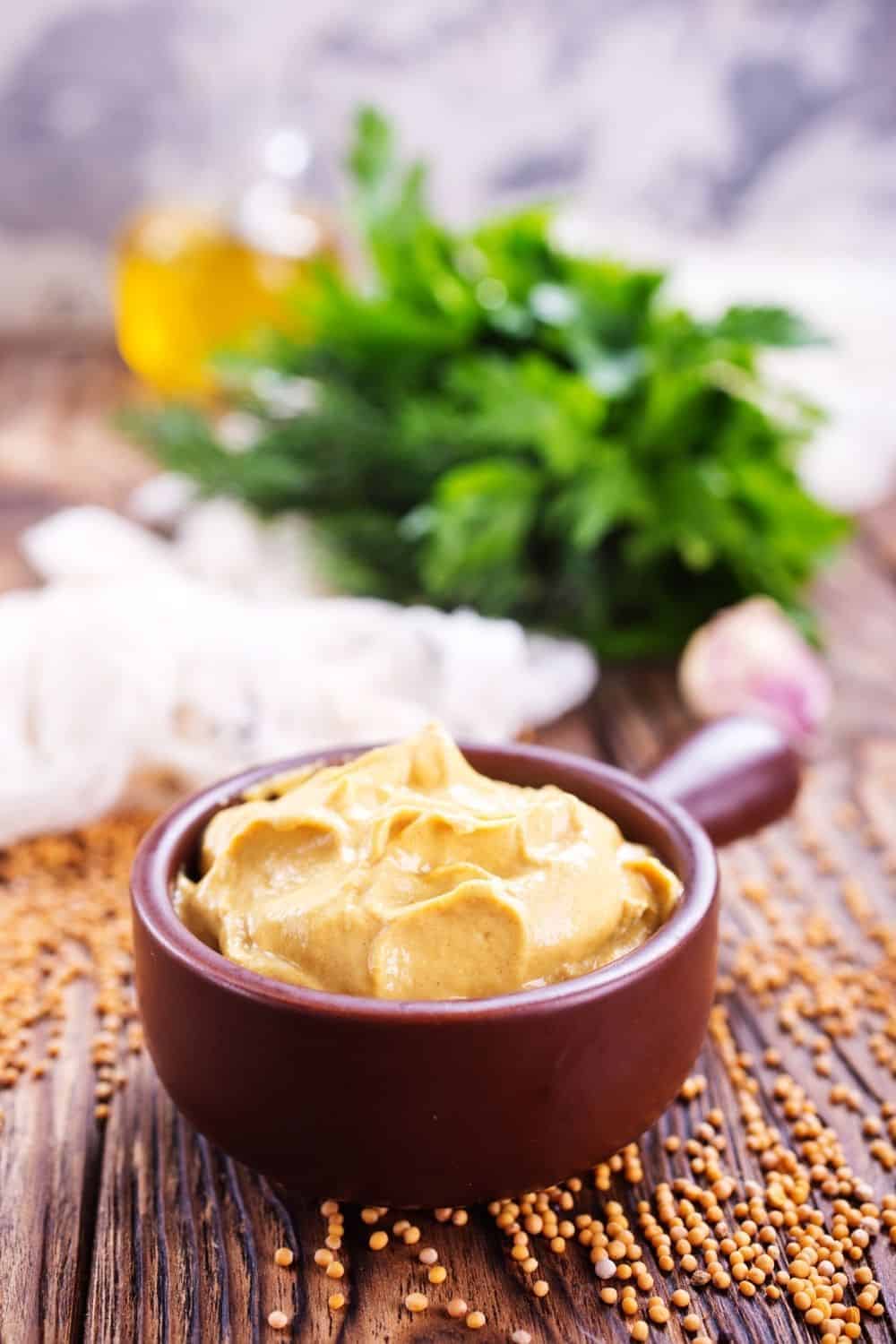 Ginger has its own distinct earthy and lemony taste and is not as spicy as horseradish. However, it does bring a pleasant taste to your dish. Ideally, you’ll have to use more ginger than the horseradish that is called for in your recipe, but you need to be careful not to add too much, which could quickly make your dish taste bad. 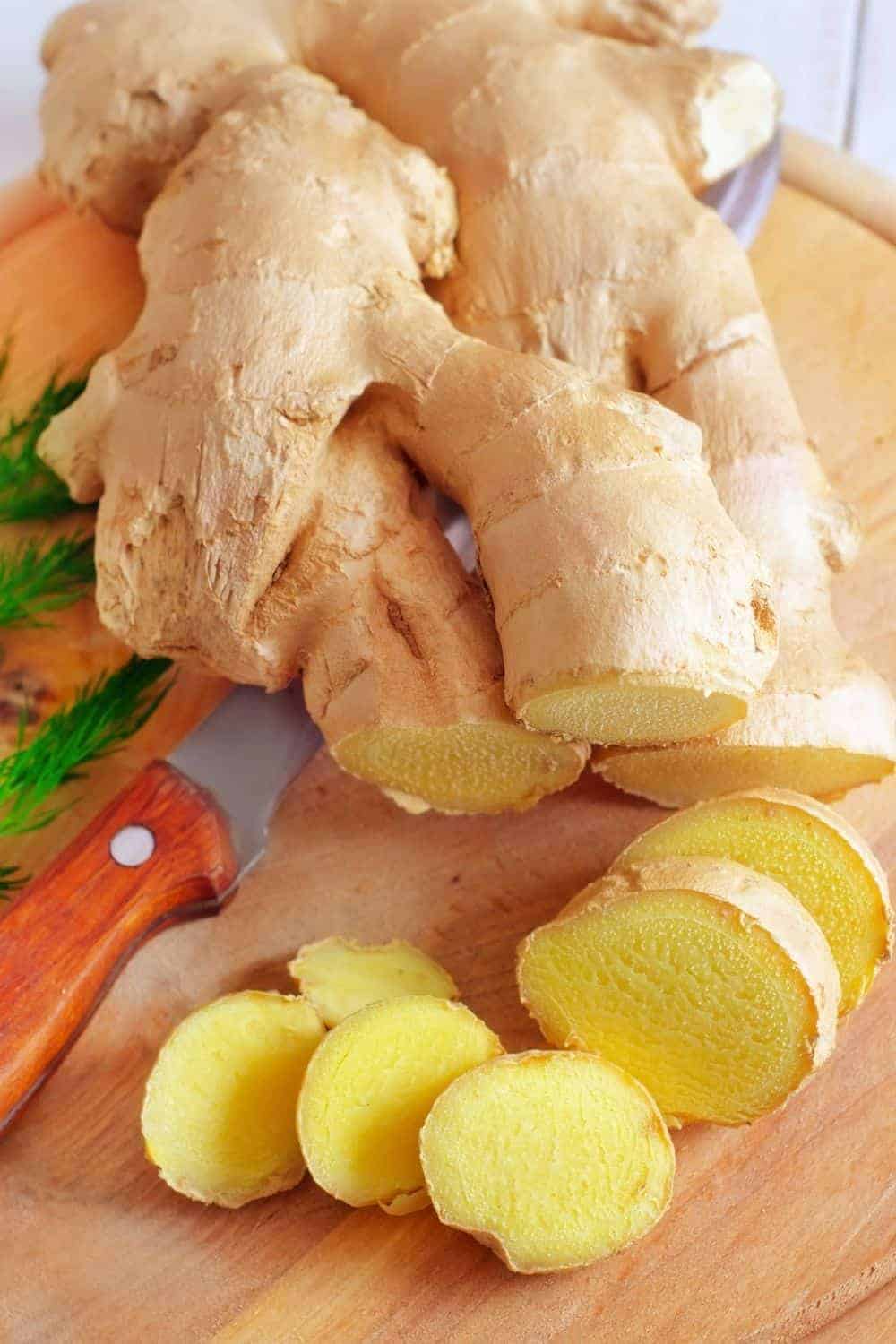 While the presentation of horseradish sauce isn’t as impressive as horseradish, it still works as a suitable horseradish replacement. Though it’s not as fresh as the original condiment, it’s easily accessible and almost has the same taste.It would help if you used 1.5 times as much horseradish sauce as the horseradish called for in your recipe. Because it’s a packaged product, its flavor isn’t as potent, and you’ll need more of it to get a similar tasting result. 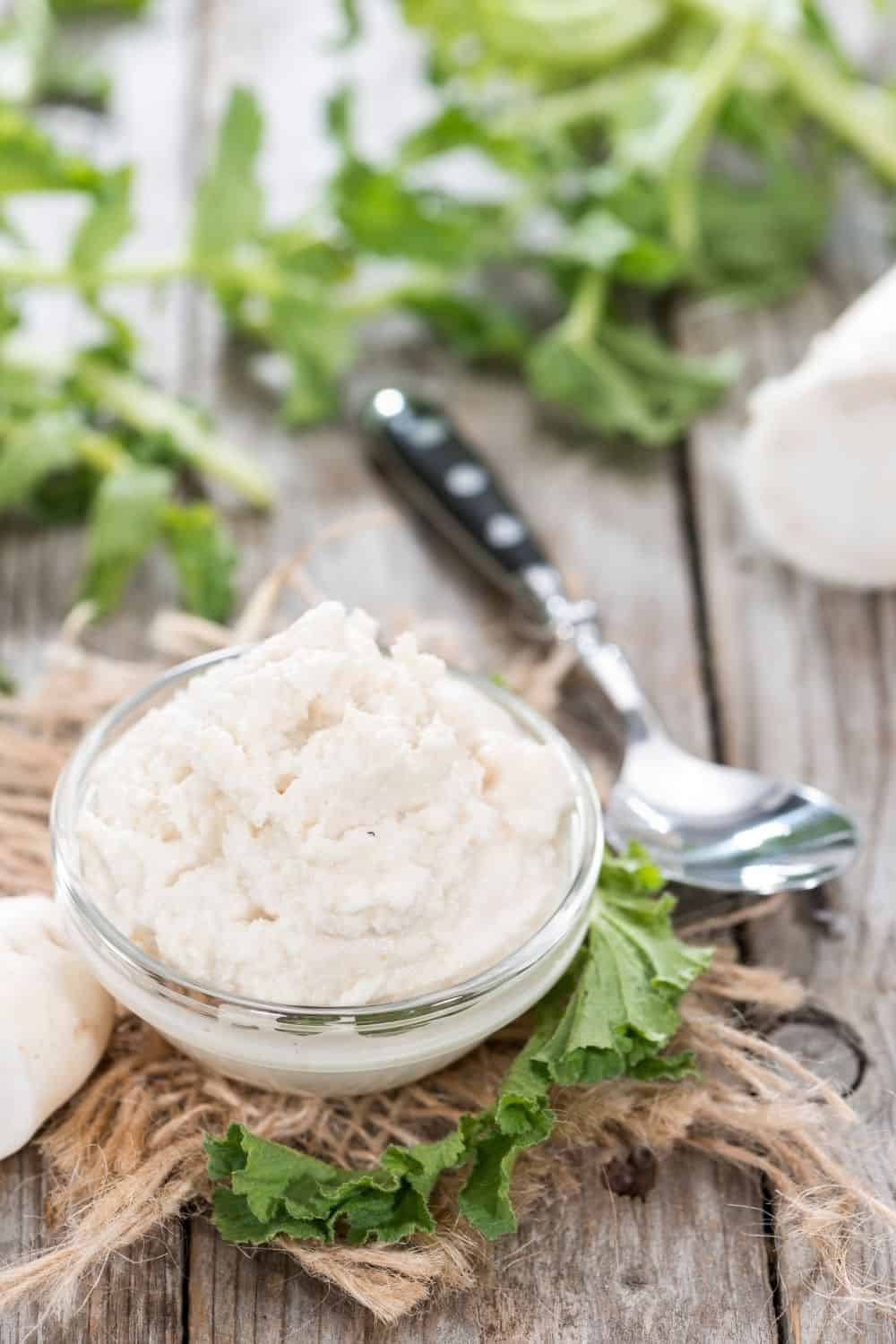 The last horseradish substitute is black radish. It has a spicy flavor and has a similar amount of heat in it as horseradish. You have to grate the black radish with the skin if you want to transfer that heat in your dish, and this can be tricky to do as the color doesn’t resemble that of horseradish at all. However, if you peel the black radish and don’t include the peel in your dish, you should be prepared to have a much milder tasting dish.Because of their similar tastes, you can use an equal amount of black radish (with the peel) as the horseradish called for in your recipe. If you decide to forgo the peel, you might want to add a little more black radish. 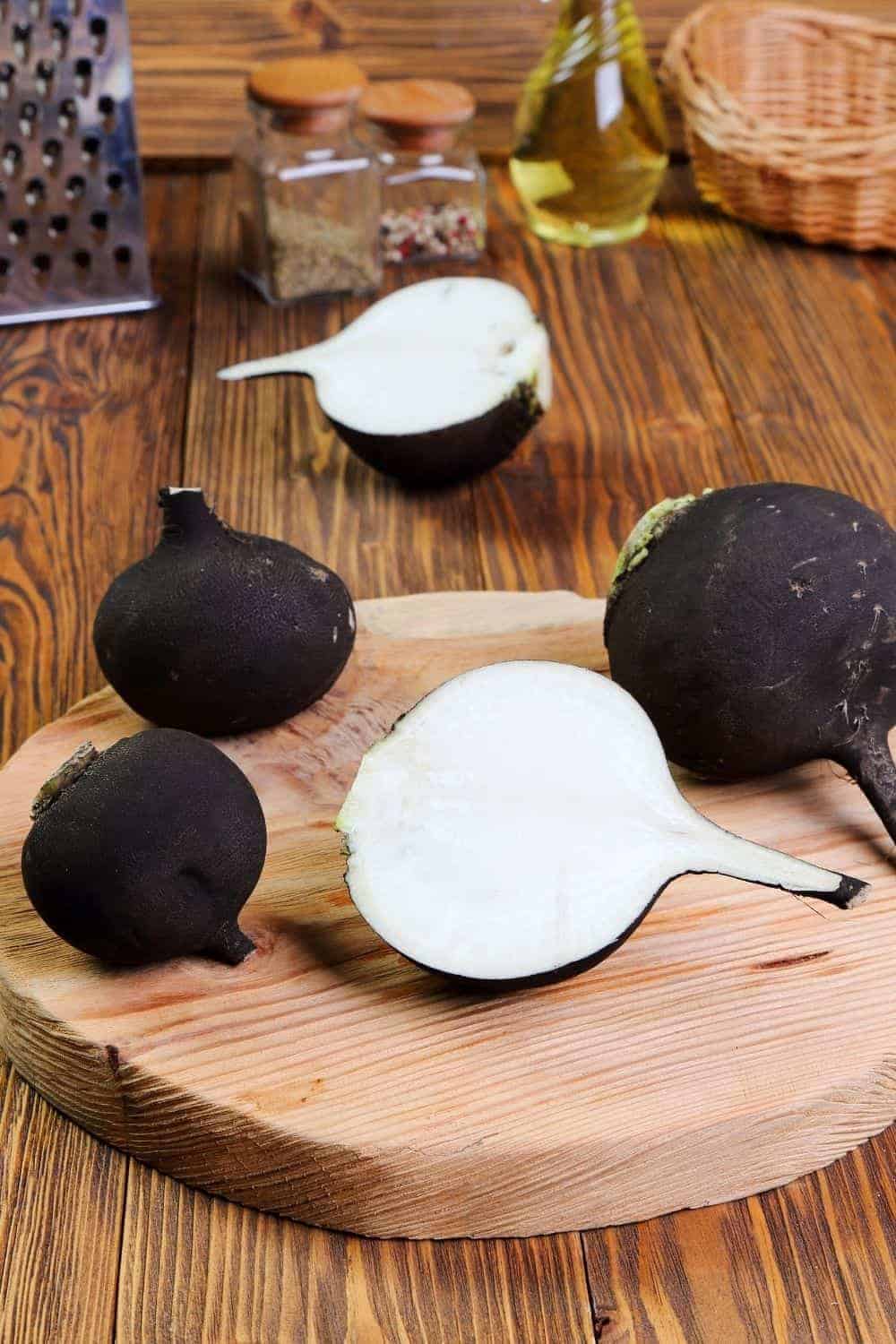 Horseradish is the kind of condiment that often leaves you worried about whether you’ll ever find an ingredient that can bring the same flavor to your dish.

However, the substitutes mentioned above provide the closest taste and texture as the condiment and are great alternatives to your dish.

Remember to start with smaller quantities and work your way up, especially when you’re working with an ingredient you’re not familiar with.