I had a busy morning yesterday. I woke up, got ready, had breakfast, packed my lunch, and was just about to leave for work, only to observe an unusual sight: the carton of milk was out on the countertop.

I had no idea how long it was sitting there. This led me to think: how long can milk sit out? 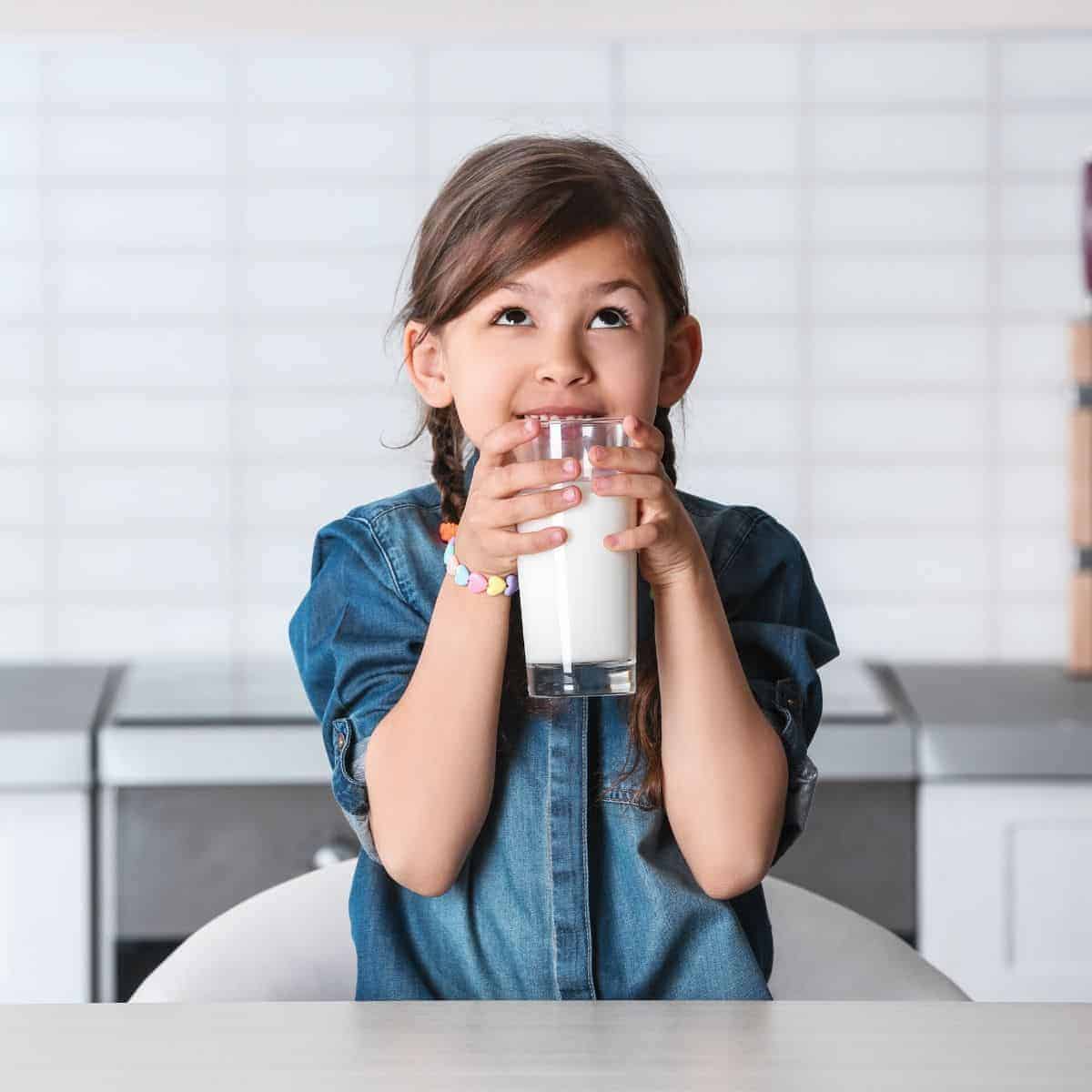 Is shelf life the same for all types of milk?

Before checking whether your milk has gone bad, you should know its type. Each type of milk comes with a different shelf life.

For example, reduced-fat milk and skimmed milk are known to last for 7 days.

On the other hand, whole milk can turn sour in 5 days. Similarly, non-fat milk and lactose-free milk have shelf lives of around 10 days. [i]

Where to store milk in the refrigerator?

Unlike France, Spain, and other European countries where drinking ultra-high temperature (UHT) milk is the norm, pasteurized milk is common in the US. According to the FDA, it is necessary to refrigerate pasteurized milk.

A food safety expert from Clemson University claims that you need to maintain a temperature of at least 45°F for Grade-A milk. Keep the milk in the bottom shelf of your refrigerator to get the best results.

This is because the Dairy Council of California has referred to it as the coldest area in your refrigerator.  [ii]

How long can unopened milk sit out?

The FDA asserts that you should never keep unopened milk out of the refrigerator at room temperature for more than two hours. However, this window reduces as the temperature rises.

This means that when the temperature exceeds 45°F, unopened milk can last up to an hour.

How long does milk last after it is opened?

After opening a bottle of milk, you can expect it to last well for four to seven days after the label date has passed. However, this duration is only valid if you refrigerate the milk properly.

Other articles to check out:

How long does organic milk last?

Organic milk lasts longer than its non-organic counterpart. You can drink organic milk for a month.

Why does organic milk last for so long?

You may have noticed that many cartons marked as “Organic” milk have a longer shelf life than “regular” milk, sometimes a full month longer. But its longevity isn’t because of the label–the process used for pasteurizing is something called UHT, or ultra-high temperature processing.

According to Scientific American, the non-organic milk uses standard pasteurization, which doesn’t kill all the bacteria that UHT does.

How long can raw milk last in the refrigerator?

Ideally, raw milk can last for 7-10 days if you store it at a temperature of 36-38°F. If it is kept at higher temperatures, it forces lactobacilli to produce lactic acid – which is why spoiled milk tastes tangy.

Is there any milk that can last for more than a month?

Yes, UHT milk, also called long-life milk or shelf-stable milk, fits the bill. This milk is heated in extremely high temperatures (275°F) for 2-4 seconds and it also comes in unique packaging. When unopened, it can last for six months at room temperature.

However, don’t expect any miracles after it is opened. Once opened, it has the same shelf life as that of standard milk. [iii]

How long can breast milk sit out?

It is important to refrigerate breast milk quickly. Authorities suggest that this milk can be left out at room temperature at 77°F for almost four hours. [iv]

How long can you leave whole milk in the cup of a toddler?

Those who have kids are well aware of how much toddlers tend to resist milk. You may have handed them a cup and got busy, only to find the cup untouched when you found it under the couch later.

According to some healthcare professionals, if milk is left out for less than two hours, then it is still safe for drinking. However, this is your little child in question.

Adults have better immune systems, so they can take risks with these threshold limits.

But when it comes to kids, extreme caution is recommended. So to be safe, if you find your toddler’s cup of milk out even after an hour, pour it out and wash the cup. [v]

You may not get deathly ill after taking a swig of spoiled milk, but it is still better to be careful than to take any risk. As a rule of thumb, adopt these habits:

How to Boil Eggs Perfectly
Are You Curious: What Does Taro Taste Like?
Does Flour Go Bad? Things You Need To Know.
How to dry parsley
Which Is Better? Goat Milk or Cow Milk
The Great Debate: Pepperoncini vs Banana Peppers
What is hominy and how it’s made
Baking soda vs. baking powder – Is there a difference?
What Are Tomatillos? Here’s What You Need to Know
How to Bake a Potato in the Microwave
What is granulated garlic and its many substitutes?
What is American cheese?
Click here to cancel reply.